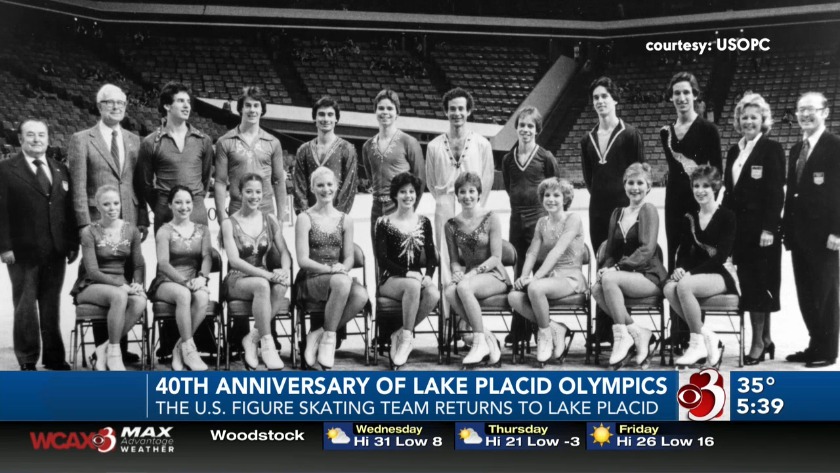 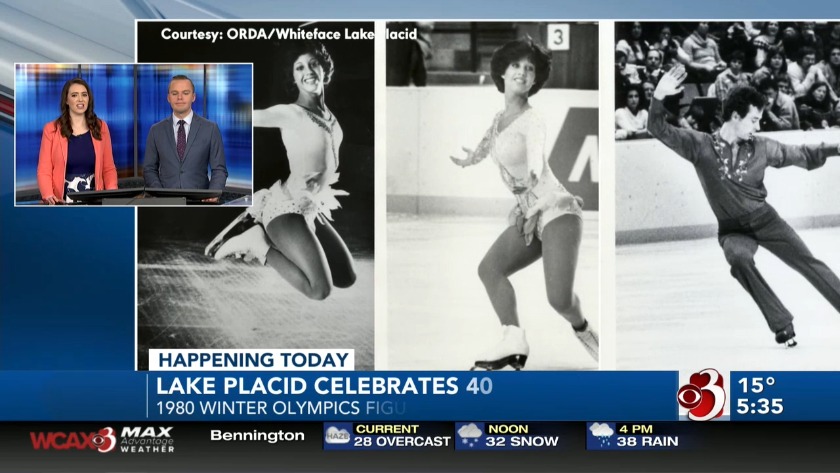 LAKE PLACID, N.Y. (WCAX) For the first time in 40 years, the 1980 Winter Olympics dream team was back on the ice in Lake Placid and they had a lot to say about the family they made in the village.

"I'm going to cry because it's so good to be together again," said Lisa-Marie Allen, a member of the 1980 figure skating team.

It was an emotional reunion for the men and women figure skaters who represented the red, white and blue on the ice for the 1980 Winter Olympics.

"It's not every time that you have the opportunity to sit with the people who helped shape you," Allen said.

The former Olympians all spoke about a common theme through the sport they love-- a family-like bond.

"Very protective of each other, there is so much respect for one another," said Tai Babilonia, a member of the 1980 figure skating team.

They reminisced about what it was like during those two weeks in Lake Placid, competing against the best-of-the-best amateur athletes from around the world at a time when the Olympic Games themselves had a more amateur feel.

"It was the last time it was a true Olympics with true amateurs," said Michael Botticelli, a member of the 1980 figure skating team.

Lake Placid's total cost for the '80 winter games was $170 million.

A few months later, the Soviet Union would spend more than $230 million on the summer games.

"Bottom line-- the innocence is gone. Once money started being funneled in, it was a whole new ballgame," Babilonia said.

News organizations have reported the budget for this year's 2020 summer games in Tokyo to be between $20 billion and $30 billion.

"I so appreciate that there was an innocence to it. We knew nothing, we really knew nothing. We just knew to go out and skate our hearts out," Babilonia said.

But the legacy of Olympic sports in a small-town setting is something that Lake Placid continued.

"You watch these modern Olympics, they set up all this stuff and then it just kind of gets torn down and goes to waste. Lake Placid didn't do that. They really continued to invest," said John Summers, a member of the 1980 figure skating team.

They say that close-knit feel stopped after the 1980 Winter Olympics when the venues became larger and spread miles and miles apart. And they have a reminder for up and coming Olympians.

"Tomorrow's not promised. You may be too young to understand that but it's just you never know what will happen, so embrace every second of every day," Babilonia advised.

This is one of the many events going on this week to celebrate the 40th anniversary in Lake Placid. Click here for the full list of scheduled events.