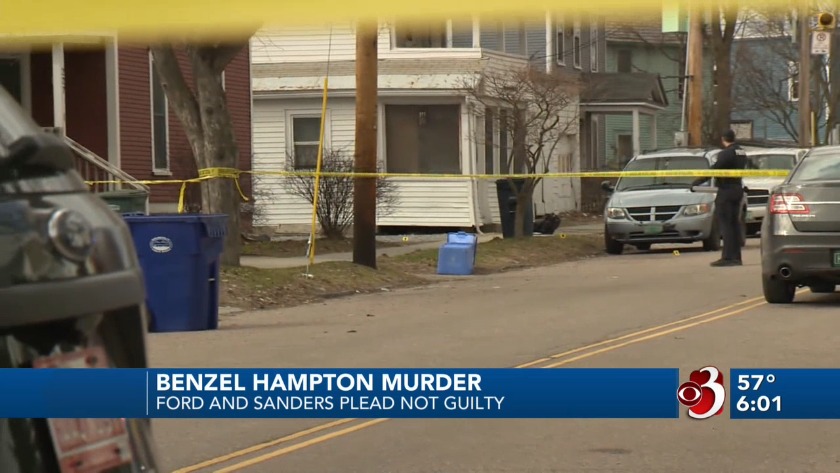 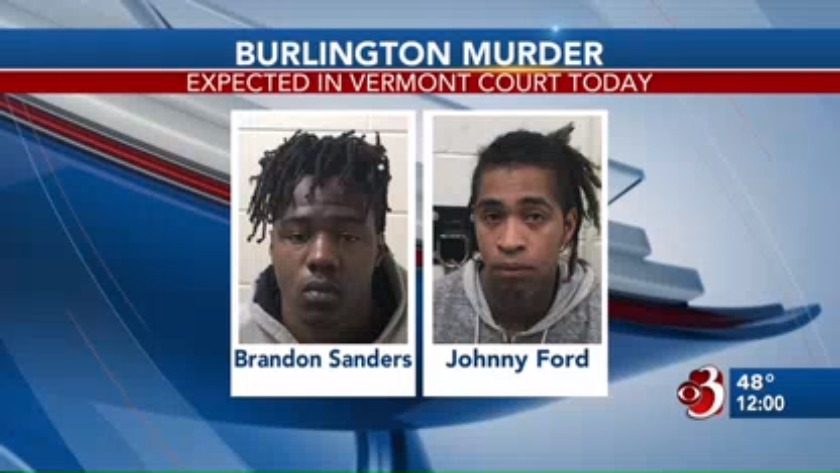 BURLINGTON, Vt. (WCAX) There are new developments in the Benzel Hampton murder investigation.

Six people are implicated in the Burlington shootout.

Hampton, 23, was shot and killed in a driveway on North Willard Street just over a week ago. It happened at 3 p.m. right after school got out.

In a video arraignment, Johnny Ford, 32, pleaded not guilty to second-degree murder in Hampton's death.

According to court paperwork, Hampton's girlfriend said on the day of his death, Hampton got a call from a blocked number and an unknown voice said they were going to shoot him.

Later that day, Hampton visited a friend on North Willard, where police say Brandon Sanders, 18, knocked to him to ground and Ford allegedly shot him. Police believe the shooting was over drugs.

In court Thursday, a public defender argued they arrested the wrong Brandon Sanders.

"Where this witness Bushee was shown a photograph with the date of birth 9/10/1982, my client's DOB is 6/23/00. Those don't appear to be the same Brandon Sanders," defense lawyer Rob Backus said.

The state says that was a small error and they have the right guy. Chittenden County Deputy State's Attorney Justin Jiron called it a simply a typo.

The judge says the state still has probable cause.

Both men are being held without bail.

Sanders and Ford are back in court next week.

We're also learning more about the other four people charged in connection with the midday murder and their alleged roles before, during and after the killing.

As Benzel Hampton lay bleeding on a Burlington sidewalk, police say the two men accused of murder went to 96 LaFountain Street. They came for help from Takesha Thomas, 26, and Angelina Pearson-Fitzpatrick, 54, and allegedly got it. Police say Fitzpatrick got rid of clothing one of the killers was wearing when Hampton was gunned down.

Then, police say Thomas and Fitzpatrick helped the two men escape Vermont. Fitzpatrick drove them all to Connecticut until her cellphone alerted authorities to their whereabouts.

Thomas was accused of lying to police about the ditched clothing but struck a deal with prosecutors. So long as she testifies against the other suspects, serious charges against her are dropped.

So who are the other two suspects?

One is James Felix, 36, who police say was shot several times during the attack on Hampton. He's hospitalized in Burlington recovering from his wounds. He is scheduled to be arraigned Friday.

The other is Lesine Woodson, 32. She allegedly drove a getaway car right after the gun fight.

We've also learned this: Court paperwork shows that before his death, Hampton warned his girlfriend that he might be in danger, saying if something happened to him it would stem from 96 LaFountain Street.