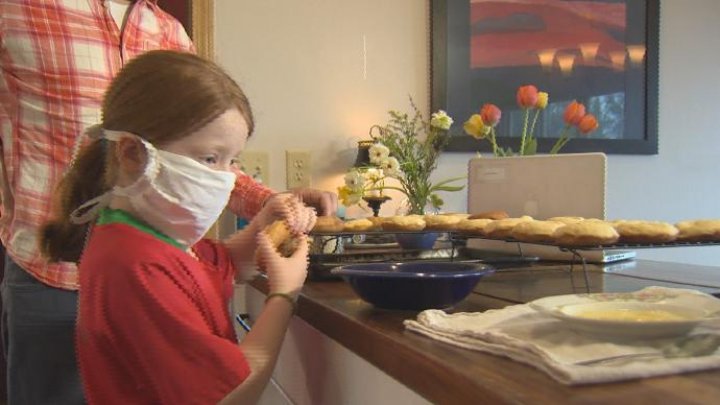 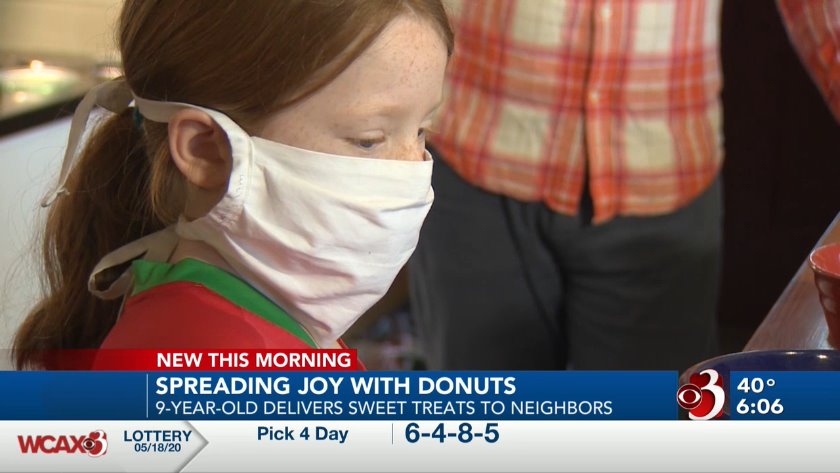 WATERBURY CENTER, Vt. (WCAX) A local 9-year-old is spreading joy with the rest of her Waterbury Center neighborhood by delivering donuts.

"Doughnuts kind of make other people feel comfortable and happy," said Maclyn Buckingham, who along with her friends came up with the baking business Donut Delight.

"I've just had that name for a while, and I thought it would be a good time to use it," Buckingham said.

"Donut Delight! Let's start it up! There's no reason to wait," said her mother, Anne Decker.

Now, with the help of her parents, she's putting the name to good use and baking doughnuts to share with her community. Rather than keeping the money neighbors offered for the service, they decided to donate the profits to the Waterbury Food shelf. So far, they've raised $400.

"One of my favorite parts is getting outside in the morning and walking around our neighborhood," said Decker.

The family delivers the doughnuts together on their street every Friday morning. Their other daughter, 13-year-old Ellie, helps out, too.

"We decided to make it a tradition," said Maclyn's father, Tim Buckingham.

A tradition that was immediately a hit with neighbors like Laura Parette. "Every Thursday night's really good. That's when an email comes out asking us if we'd like doughnuts," said Parette.

Buckingham is in charge of sending out those emails. Her parents and Parette say they're impressed by her dedication to the doughnut delivery.

"It's just a sweet little effort in our little neighborhood here," said Parette.

The Buckinghams and their neighbors say the best part of this whole effort is that they are getting to know each other in a way that they really haven't been able to before.

Though they aren't taking any orders outside their street, they hope this will encourage others to do a little positive thing for their neighborhood.