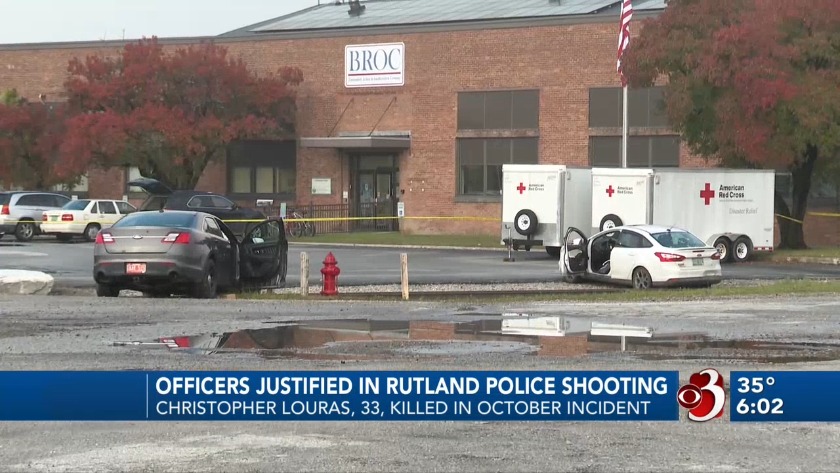 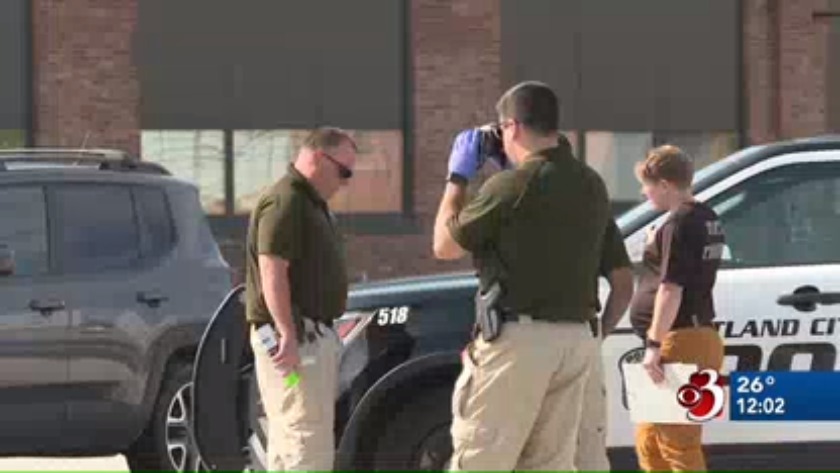 "This has been a tragic event for our community, and, of course, personally for my family. I want to unequivocally state my support for the officers involved in this shooting, their heroism and bravery which undoubtedly saved many many lives on that awful October morning," said Rutland Mayor David Allaire, who is also related to Louras. "Nothing can be done to bring back this young man's life, but we all need to be reminded that life is fragile and we need to hold our lives one tight."

In the early hours of October 8, 2019, police say Louras fired two shots at the Rutland City Police Department. Police were on the lookout for his car and a pursuit ensued in the city around 7 a.m.

"Mr. Louras did not stop and continued to drive into the Rutland Plaza," said T.J. Donovan, D-Vt. Attorney General.

One officer said he saw Louras point an AR-15 out the window of his car and fire two shots from the driver's seat. The pursuit ended in a parking lot near the Amtrak station.

"Mr. Louras got out his car and fired further shots," Donovan said. This time they were in the direction of the four officers on the scene. "Mr. Louras fell to the ground, dropping his AR-15, he then stood up and was on the move again, at which point he picked up and began to raise the rifle according to witnesses."

Officers responded with the final shots that would take down Louras and ultimately kill him. Louras fired his weapon a total of seven times that morning.

Donovan says Louras was having a mental health crisis and would not comment on whether it was a case of what some would call "suicide by cop."

"Regardless of the outcome, I don't think we should be defining people by their last moments, in times of crisis," Donovan said.

"October 8th, 2019, was a day that shook this community to its core," said Rutland County State's Attorney Rose Kennedy, who also made the decision to not charge the officers.

She says they may have saved the community more tragedy that day.

"While being shot at, these officers assessed the situation, responded, and prevented others from being injured or more lives lost," Kennedy said.

All of the officers are back on the job. Meanwhile, a homicide investigation continues into the death of Christopher Louras' cousin, Nicholas Louras, who was found dead with gunshot wounds in Salisbury the same day as that shootout in Rutland.

Officials say Christopher Louras is a suspect but they continue to wait for DNA evidence to move that investigation forward.