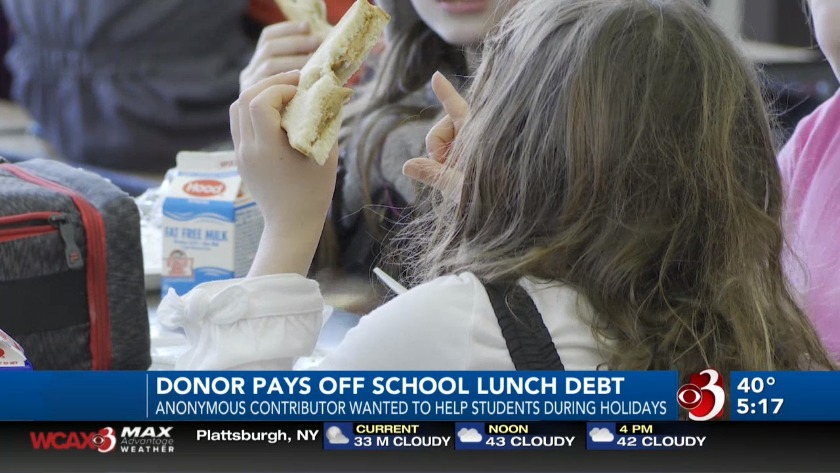 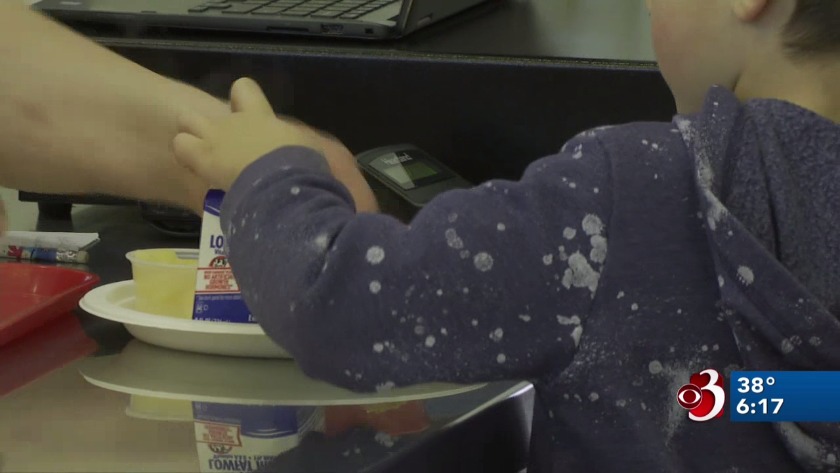 MONTPELIER, Vt. (WCAX) A gift will help Union Elementary School in Montpelier in more ways than one. An anonymous donor came forward over the holidays to clear lunch debts for students.

School lunches can be a burden for some families. Coming in at just over $3 per student per day, accounts sometimes go into the negative.

"You're never sure about a family's circumstances," said Ryan Heraty, the principal of Montpelier Elementary School.

The Union Elementary School in Montpelier was facing just over $2,000 in student school lunch debt before the holiday season.

"It certainly is something that makes it difficult to pay our bills in school food," said Jim Birmingham, the district's food services director.

He says while they receive some support for meals from the school budget, the food services department is responsible for the majority of costs.

"We're expected to be a financial entity that supports itself," Birmingham said.

So when an anonymous donor called to clear that student lunch debt, Heraty knew how important it was for both families and the school.

"They said, 'OK, we'll cover it,' and came in, wrote a check and covered it for the entire school," Heraty said.

He says they are grateful to give families who may be struggling financially a fresh start going into the New Year. And he says the donation will continue to keep on giving throughout the year.

"As a school, we talk a lot about kindness, but we know the best way is to model it. And so for us to have a community member go out of their way and contact us and do something like that, I think kind of sets the tone for our school and community and Vermont in general," Heraty said.