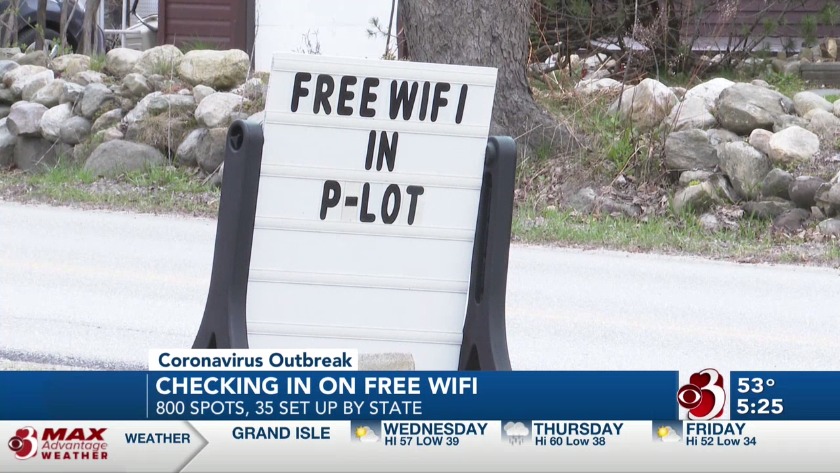 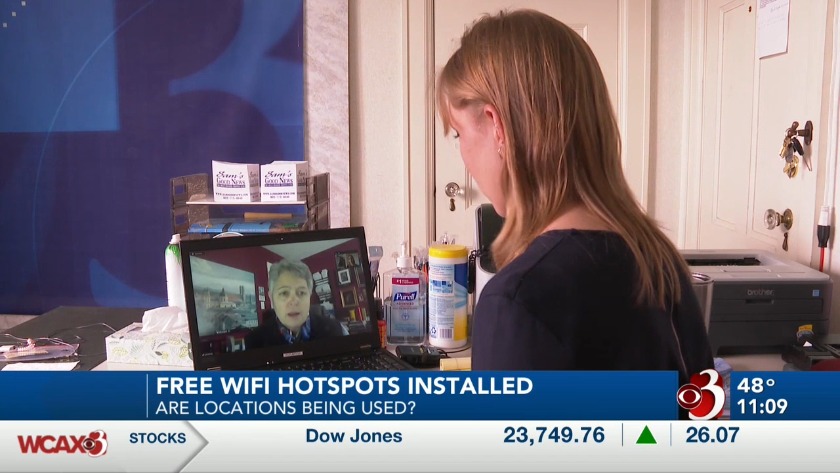 RUTLAND, Vt. (WCAX) Rural Vermonters struggle with a lack of broadband service and it's never been as important to have it as now. There are about 800 free Wi-Fi hot spots in Vermont right now. In response to the coronavirus outbreak, the state set up 35 of them and is considering installing dozens more.

Our Olivia Lyons visited about a dozen hot spot locations to find out if they are being used.

She drove around for a total of about five hours visiting the locations twice on a sunny afternoon and once on a drizzly morning during usual school hours. She went to Proctor, Pittsford, Brandon and Chittenden. This includes schools, libraries, town halls and a state building.

Most of the buildings had cars parked outside, but no one was around.

She spoke with two people affiliated with one school making its Wi-Fi available to everyone. At the Lothrop School in Pittsford, one man told her teachers are primarily the ones using the hotspots.

Custodial and building workers can let them into the school to do their work, but kids are not allowed inside the building.

She asked about students using the hot spot. He said in Pittsford it's easier to get service and pick up the Wi-Fi nearby, but in Chittenden, at Barstow Memorial School, there are always people there because coverage is spotty.

But when she visited that school, there were six vehicles parked outside and no students in sight.

Vermont Department of Public Services Commissioner June Tierney says if teachers are using the hot spots, the state is happy because that means they are most likely uploading videos and content for students.

But the state has no way of tracking when and by whom the Wi-Fi is being used.

And with flexible school schedules, students may have been at the hot spots outside of typical school hours or when we weren't there.

The state has installed 35 Wi-Fi hot spot locations and they're considering another 35 requests.

Tierney says the hot spots will remain where they are for the foreseeable future, but the state may consider moving them if the hot spots are not being used. But again, they're not tracking usage.

She also said they have received a lot of positive feedback from people in the Champlain Islands and Wheelock where a lot of the general public uses the hot spots to stay connected with friends and family.

Click here for the interactive map of public Wi-Fi hot spots in Vermont.