Are area students getting the mental health counseling they need? 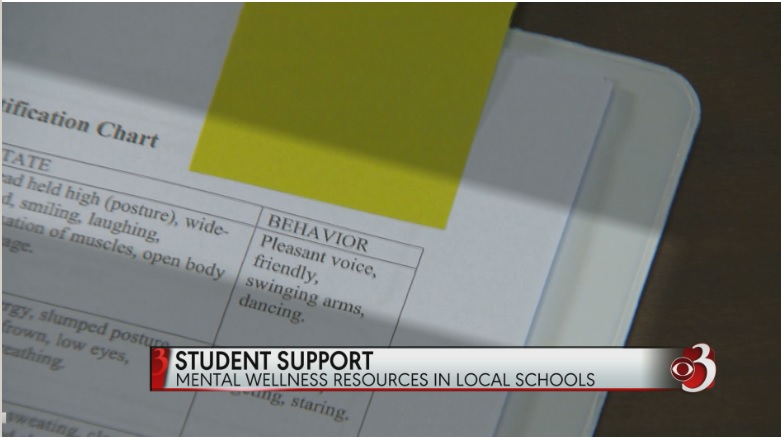 [Extended] Are area students getting the mental health counseling they need? 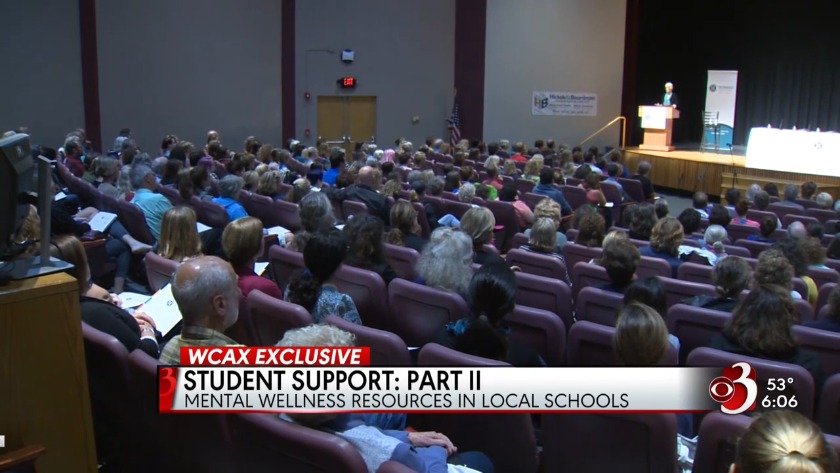 Are Vt. students getting the mental health counceling they need?

There's a new movement to boost support for students that are struggling in Vermont and New Hampshire. The states have the 18th and 19th highest suicide rates in the country, but are tops in the country for having the most school counselors per student.

The American School Counselor Association recommends states have one counselor for every 250 students. Vermont is first in the country with a 1 to 200 ratio. New Hampshire is not far behind with a 1 to 227 ratio. Most other states don't even come close, but local schools and counselors sat there are growing challenges and kids falling through the cracks. Why are suicide rates so high and what's being done to support for our next generation, facing challenges like none before.

Thirteen lives extinguished and two teenage responsible boys responsible pulling the trigger. Columbine is a name forever etched into the memories of people across the nation.

"I hope no one would ever have to go through what our community went through and our family went through," Klebold told South Burlington students last week.

Her son, Dylan Klebold, was one of the two shooters who then took his own life.

"We tend to believe our love is protective, our caring. And if someone is really struggling, love is not enough to keep them safe," Klebold said.

Nearly 20 years later, Klebold tours the country to encourage proactive mental health intervention. For some walking through the halls of learning, it's as simple as putting a thought to paper. But for many others navigating the academic and social pressures of school can be a juggling act.

Tiffany Cassano has been principal at Windsor school for four years and has taught for more than 15. "I've known since I was young I always wanted to work with kids," she said. Cassano says every year the kids she loves face new battles. "Schools are seeing more and more students entering the system having experienced adverse childhood experiences."

Emotional baggage in the form of trauma at home or in school that if left unattended can become a quiet and dangerous enemy. In a 2017 survey of about 14,000 Vermont middle school students, the department of health says 18 percent seriously considered suicide. And of the 34,540 middle and high school students surveyed, more than a quarter said they felt sad or hopeless every day for at least two weeks at a time.

"There's a whole population out there of children that are not getting support," said Sean Perry, who along with James Reinstein, hope to make a difference. They are co-founders of the nonprofit called We R Hope.

The group provides mental wellness materials to three schools they contract with in New Hampshire and Vermont. Through this material, students meet with coaches to learn about healthy ways to handle emotions

"We really pay attention a lot to what they value," Reinstein said.

"Everybody's so focused on a student's behavior but no one stops to ask what's behind the behavior," Perry said. "We can really actually support that student when we look deeper."

"It takes a village to raise a child," said Tara Cariano, a high school counselor and member of the Vermont School Counseling Association. She conducts research into how this multi-pronged approach to mental health could help Vermont students, many of whom face growing disconnects.

"It's really hard to get time to talk with the guidance counselors," said Eve Lydon Ovitt, a Windsor student.

"Some kids don't get the help they need, or they're too scared to talk to people about it," said Taryn Bellimer, another Windsor student.

For some students, having outside support come to them makes the difference.

"Students are more likely to be open to talk to somebody other than a teacher and an administrator," Tiffany Cassano said.

Building these bridges is what motivates Perry and Reinstein. "It was just a no-brainer for us," Perry said. They moved from the expensive world of the private mental health sector to start We R Hope.

Reporter Galen Ettlin: So you both dedicate hours of your time and travel miles across two states. Why?
Sean Perry: We believe in the kids and we believe everybody, no matter their income, deserves support... I believe that it's important because I believe we can change a culture.

"We really want to be part of the movement and to break the stigma around mental health and normalize that it's okay to say, 'I'm not okay,'" Reinstein said.

And for the wide spectrum of students at Windsor, the extra help from We R Hope extends to all ages and schools in the district.

"We don't want one kid to get a certain treatment that another kid doesn't get," said David Baker, the Superintendent of Windsor SE Supervisory Union.

Reporter Galen Ettlin: How important is it to work with younger students before they may display a need for counseling?
Tara Cariano: So important.

"If we can plant these seeds at a young age and teach children how to emotionally regulate what's happening in those moments, then we can set them up for success many years down the road," Perry said.

And while these outside contracts come at a cost, schools are getting funding through Medicaid, federal grants, and private donations, to give students one more avenue.

"The response we're seeing from students and their interest in wanting to engage with We R HOPE kind of says it all," Cassano said.

Back in South Burlington, there is somber applause from students as Sue Klebold wraps up her presentation. A crowd of Vermonters listening to one mother's heartbreak and unimaginable regret.

"Just say to him over and over again in my heart, 'I am sorry that I did not know these things that I know today,'" Klebold said.

Klebold hopes to turn the tragedy into a powerful teaching moment that could save a child's life.

This is a conversation that affects each and every one of us and WCAX wants to hear from you. Send us an email: News@wcax.com, or Facebook message about your experiences, your struggles, and your triumphs.