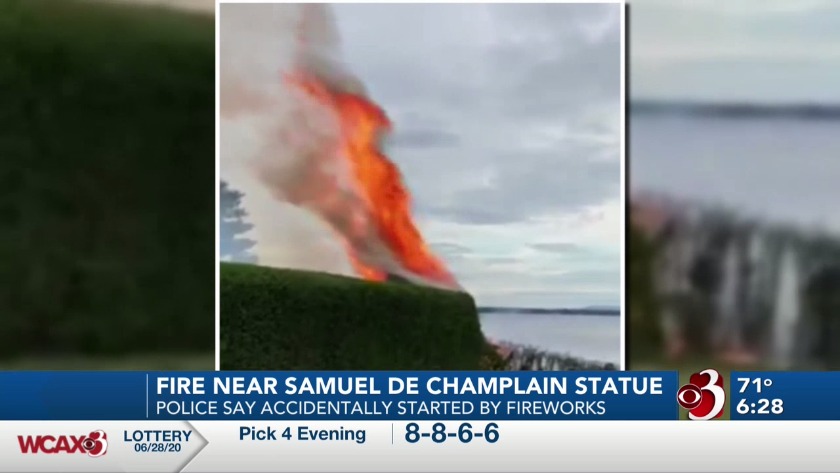 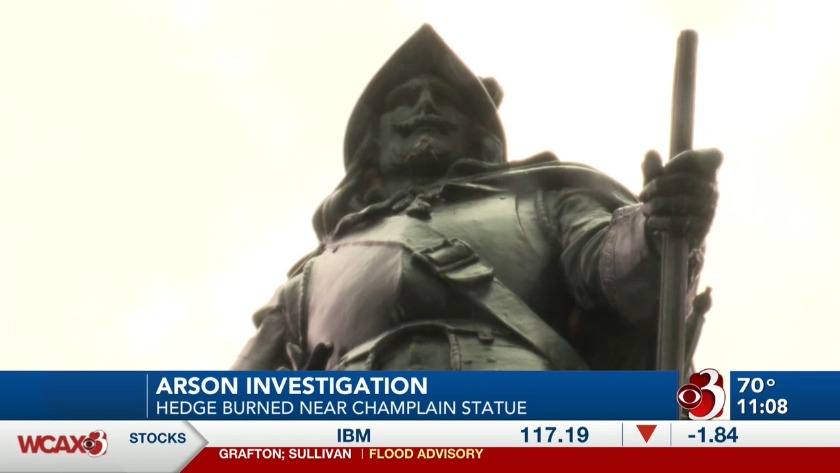 PLATTSBURGH, N.Y. (WCAX) Plattsburgh police say a weekend fire had nothing to do with a controversial statue.

Police say a row of hedges near the near the Samuel de Champlain monument caught fire Saturday night. Initially, the cause was unclear, but police now confirm is was caused by nearby fireworks.

The statue has stood for 100 years, but some people are demanding it be taken down. They say it is offensive since Champlain, a French colonist, stands tall while at the base of the statue is a crouched Native American.

The incident comes at the same time as a push around the country to remove or topple statues and monuments that are seen by some as honoring racist historical figures.