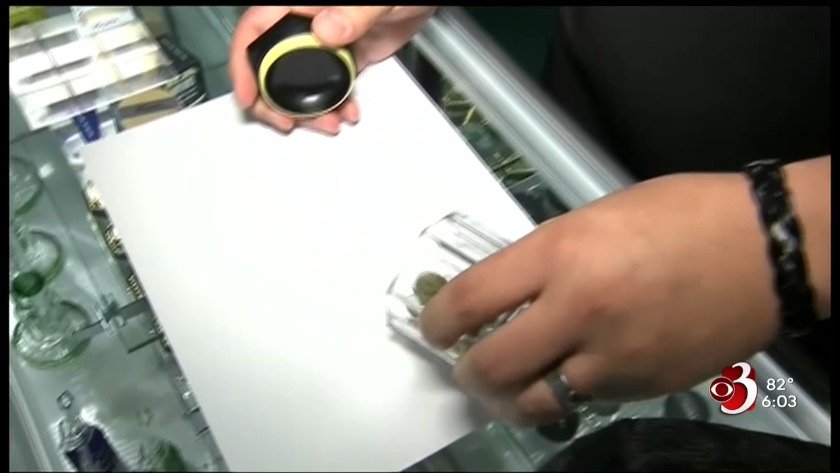 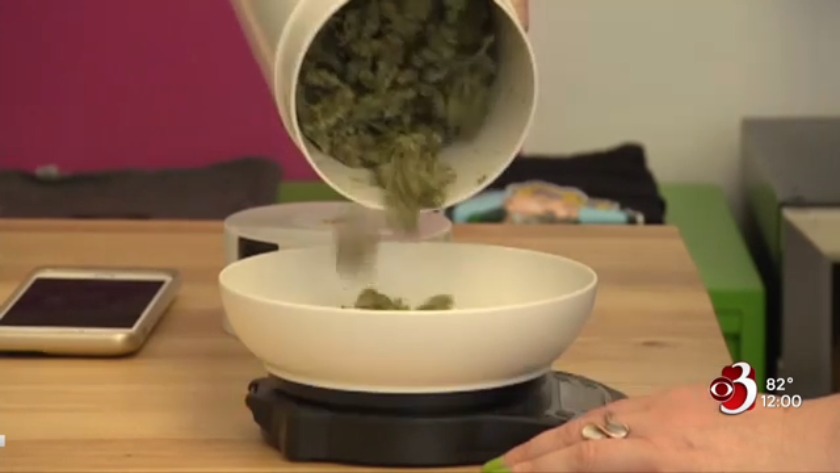 WINDSOR, Vt. (WCAX) What you will not find in the glass cases at "Body Language" are pipes, papers or any other items associated with marijuana. Tom Tardie opened the business 17 years ago, and unlike some other tattoo and body piercing shops, Tardie does not want his business associated with drugs even though he supports marijuana legalization.

"Even though it is legal now, it still brings a stigma to the shop," Tardie said.

But now that it's legal to possess up to an ounce of pot in Vermont, other businesses are getting in on the action by giving away marijuana with a purchase of a T-shirt or other smaller items at a drastically increased price.

"Of course people are going to try to find loopholes," tattoo artist Luke Labounty said. "And what you did by doing that is you kept sending the revenue to the same hands that it is in and has been in."

New online ads are also popping up which charge a delivery fee that comes with a "free" bag of weed. It's called "gifting" and it's caught the attention of Vermont's attorney general.

"You are certainly stretching the interpretation of the law when you have a site that says pay us $50, we will deliver you marijuana. We think that is a sale," said T.J. Donovan, D-Vt. Attorney General.

Selling marijuana remains illegal in Vermont. You are, however, allowed to grow it and give it away. Donovan's office has released guidelines clarifying the definition of a "gift."

"What you can't do is gift marijuana that is coupled with a financial transaction. We think that is a sale. We think the law was clear that sales are still illegal," Donovan said.

It's a loophole that Donovan says the Legislature needs to re-examine. In the meantime, he says it will be up to local police departments to enforce.

Windsor County State's Attorney David Cahill says small quantity marijuana sales will not be high priority cases for his office. He says the state needs to begin thinking about a tax and regulate model.

"Now that we have made the decision that it is legal to possess and consume marijuana in certain quantities, there needs to be a legal pathway to obtain it," Cahill said.

That's something Vermont's legalization law also does not allow.

Back at the tattoo shop, gifting or bartering will not be part of the business model either way.

Reporter Adam Sullivan: If someone came in here with a bag and said, 'I don't have cash. I have this. Can I get a tattoo?' Tom Tardie: No, it wouldn't fly.
Adam Sullivan: Cash is still king?
Tom Tardie: Cash is king.

Asked Monday afternoon about Vermont's legalization law and a possible regulate and tax approach, Gov. Phil Scott, R-Vermont, said he's been very clear that the current law is as far as he is willing to go at this point. But he also said the Legislature does need to take a closer look at the gifting issue in the next session.

What does the Coronavirus Relief Package mean for your family?
Related Links
Related Documents
Related Stories