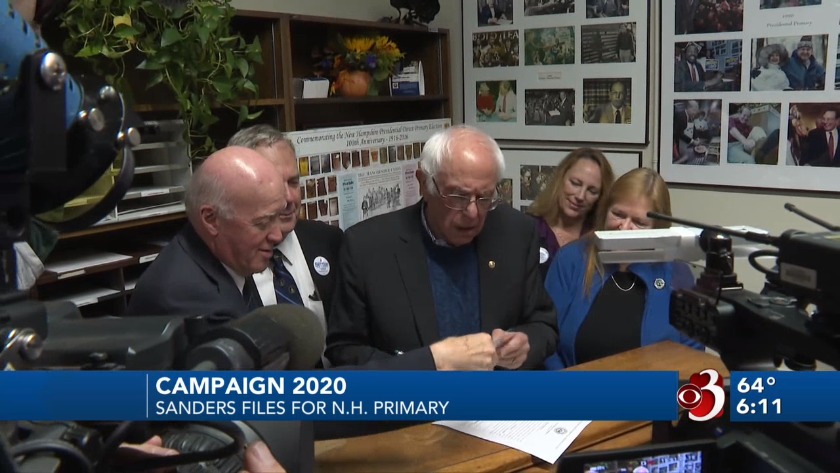 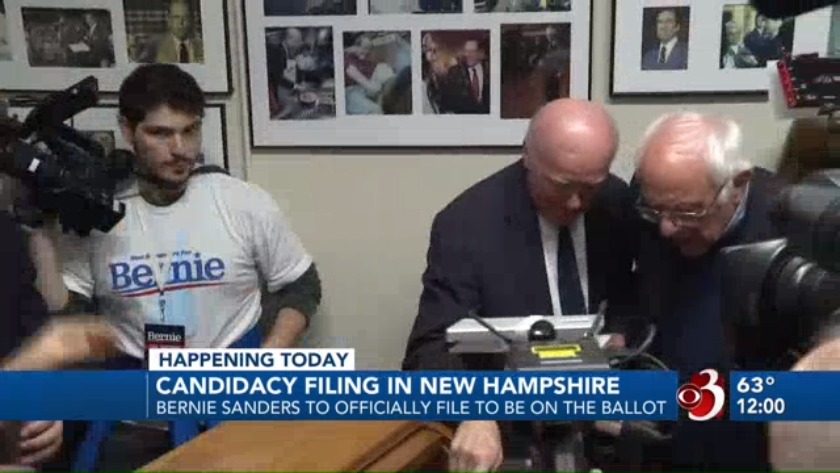 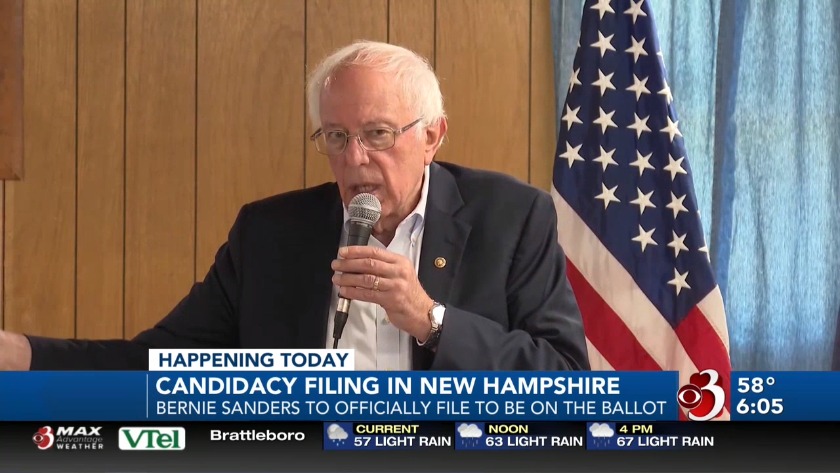 Bernie Sanders to formally announce his candidacy in New Hampshire

CONCORD, N.H. (WCAX) Vermont Senator Bernie Sanders Thursday officially filed his paperwork and paid the $1,000 fee to get on the presidential primary ballot in New Hampshire.

In a packed Secretary of State's office at the Capitol in Concord, where past presidential candidates adorn the walls, Sanders filed his paperwork to get on the 2020 ballot. He won big here four years ago, though Hillary Clinton went on to win the Democratic nomination.

A recent poll has Sanders once again back at the top of the pack in the Granite State. He says he will be campaigning here often as the February primary date inches closer.

"The climate, Medicare for All -- he's from the beautiful state of Vermont," said Andrew Oughton of Manchester.

And Sanders had a message for his constituents back home as he continues his pursuit of the presidency. "My love and affection is back home. And I will be back in Vermont as often as I can, but I have to say it will not be as often as I would like," he said.

Sanders was scheduled to return to Vermont Thursday night. He also had a rally Thursday in Claremont. He's the 2nd top-tier candidate to get on the ballot in New Hampshire. Mayor Pete Buttigieg filed his paperwork Wednesday.

In past years, upwards of 60 names have appeared on the primary ballot. New Hampshire Secretary of State Bill Gardner says that's what makes the primary so special. "This primary has always been about the little guy. It gives the little guy a chance. You don't have to have the most fame or fortune to win this primary,and that has been shown repeatedly," he said.

That includes a little-known candidate from New York, who also made the journey Thursday to file his paperwork. Henry Hewes drove up from New York City to officially declare his run. The 70-year-old Democrat also paid the $1,000 required in cash. It will be the 3rd primary that Hewes has been on the ballot.

Candidates have until November 15th to get on the New Hampshire ballot. Vice President Mike Pence will be in Concord next week to file on behalf of President Trump.