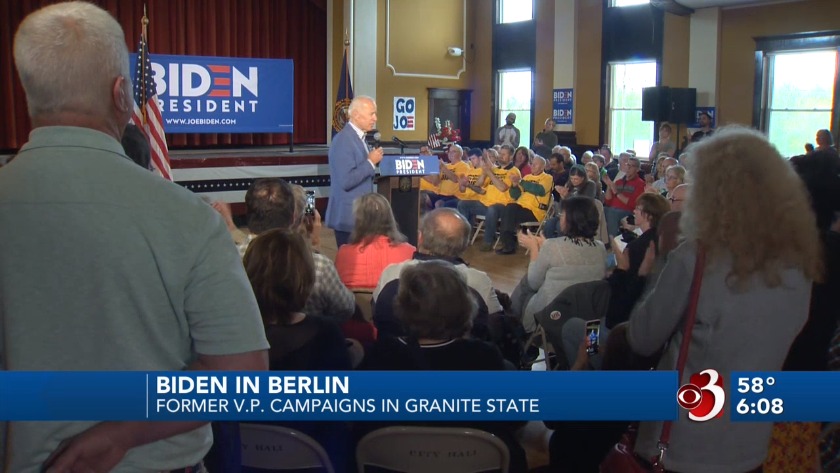 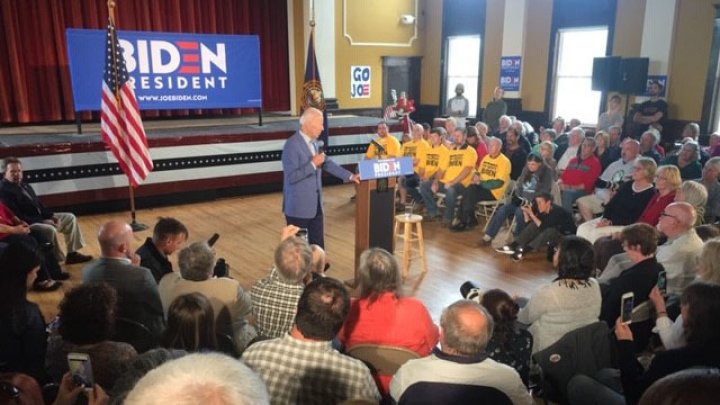 BERLIN, N.H. (WCAX) Former Vice-President and democratic presidential front-runner Joe made stops in the Granite State Tuesday, including a town meeting in Berlin.

Berlin, New Hampshire, is known as "the city the trees built." So, it's only fitting that former Vice President Joe Biden started his stump speech there talking about climate change.

The intimate, yet crowded auditorium on Main Street in downtown Berlin is within eyesight of an old paper mill that has been converted into a biomass plant.

"We can create millions of good paying jobs," Biden said. And he calls climate change one of the country's biggest threats. "You know, it is an existential threat we face, and we know that they tell us we have not a whole lot of time to begin to change the direction."

Universal health care, college affordability, and a woman's right to choose were just a few of the positions Biden laid out during the town hall in front of a friendly crowd.

"You can tell by looking at someone sometimes just how much they really do care and how honest they are," said Becky Mills of Berlin.

"I have always been impressed. I've been looking for someone to inspire me and he just did that, so I'm going with Joe," said Paul Robitaille, a Biden supporter.

But not everyone was sold on the former VP. At least one voter questioned whether he represents a Democratic Party of the past. "I would like him to address whether he's the right generation to be leading our country in the next four or eight years, even potentially," said David Bishop of Bethlehem.

But there's one thing everyone seemed to agree on. "Who do I like or who do I think is electible? I like someone who is going to make sure that we do not have President Trump for another four years," Bishop said.

"That is my only concern, is someone who can change what we have right now," said Stephen Cairns from Maine.

Biden has been the clear front-runner in the race since he announced his bid for the democratic nomination. Polls show Senator Bernie Sanders consistently trailing him in second place.

"Bernie just doesn't do it for me. Joe does," Robitaille said.

On his way out of town, We asked the front-runner what sets him apart from Vermont's junior senator. "He has more hair than I do," Biden replied.

This is Biden's 2nd trip to New Hampshire since formally announcing his run. He had other scheduled stops in the Plymouth and Concord.