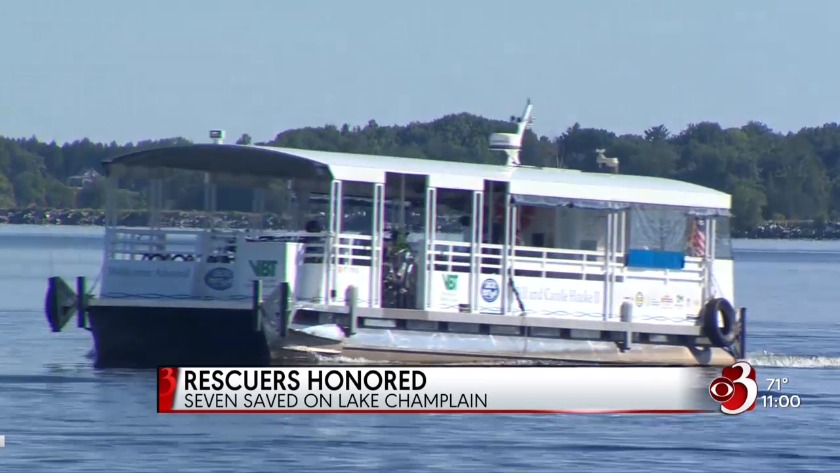 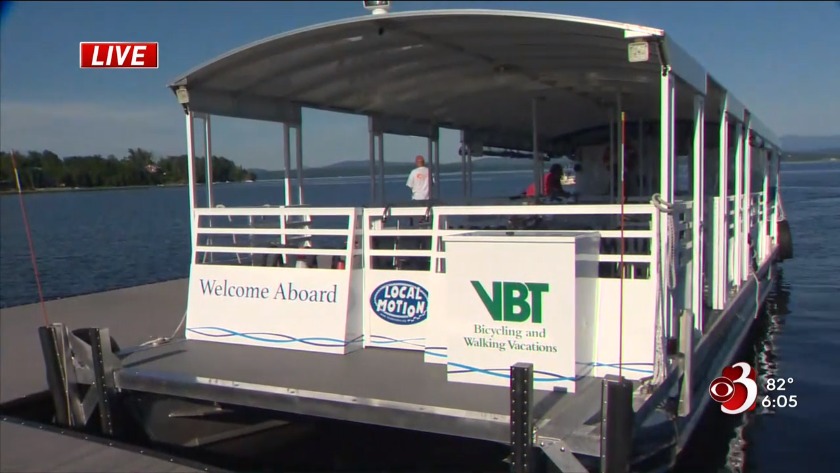 SOUTH HERO, Vt. (WCAX) Seven people were rescued from rough waters on Lake Champlain earlier this month. Thursday, the organization that saved them was honored by the Coast Guard for their heroic actions.

Here's what happened. Local Motion says back on July 6 during bad weather, they got a bulletin about a catamaran in distress near the South Hero end of their bike ferry.

The ferry was already out shuttling passengers from one side of the cut to the other, so it went out to rescue.

Local Motion says when they reached the catamaran, they saw it tip over. They rescued four people there.

Then, they heard about three kayakers who needed help, so they went and rescued them, too. Local Motion says two of those kayakers were already in the water when they got to them.

So all told, seven people were rescued.

At a press conference Thursday evening, the Coast Guard honored the two Local Motion staff members for their quick actions that day.

"Well, we just thought that because of the number of people that they were able to rescue in such a short amount of time, it was worth our time to come out here and say thank you to them and recognize their efforts in such a unique circumstance," said Capt. Brian LeFebvre of the U.S. Coast Guard.

A very important point that they wanted to make was that all of the young women who were rescued were wearing life vests that fit. They say that made a huge difference in the outcome of that day.