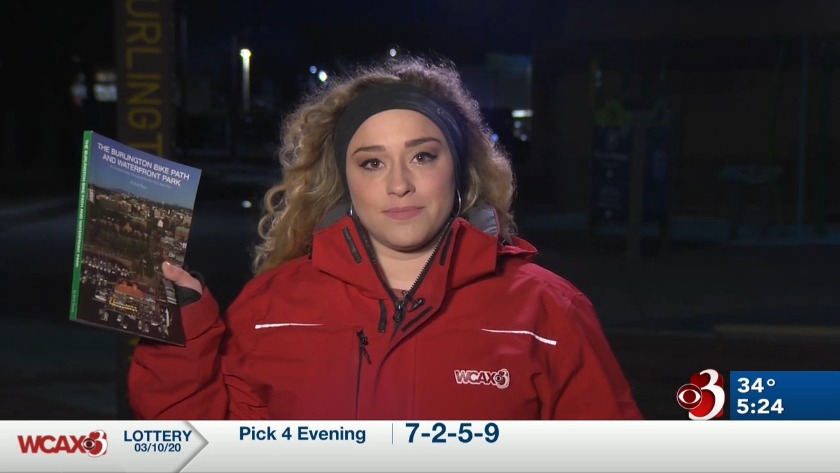 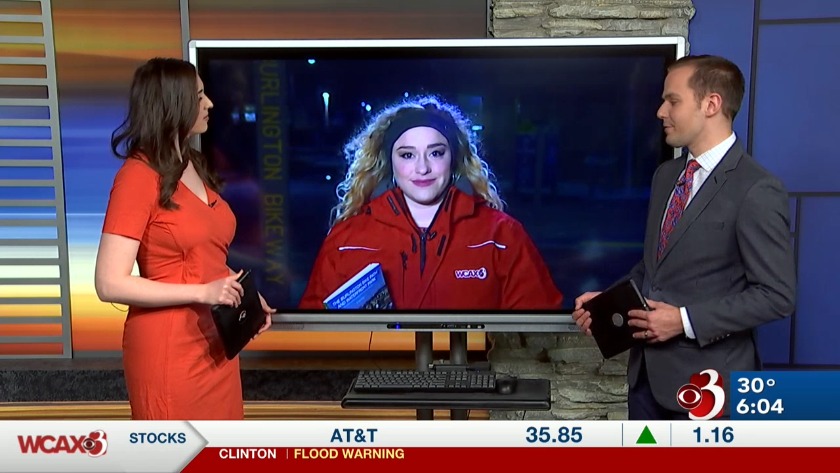 BURLINGTON, Vt. (WCAX) You can now read the entire history of the Burlington Bike Path and Waterfront Park, from its trials to its triumphs. It's all outlined in a book by the same name and written by one of the citizens who lead the charge for its creation.

Lifelong Vermonter Rick Sharp says he wrote "The Burlington Bike Path and Waterfront Park: An enviromental handbook for the post auto era," with one major message in mind, to use the story's example to incorporate bike paths into Vermont communities.

Sharp is traveling to the more than 200 libraries around the state to hand deliver the book and that message. He started the journey at Champlain Valley Union High School.

"I ride from Williston to Hinesburg and then up through Richmond. Kind of most of the roads here I've been on," said Shane Skiff, a junior at CVU.

"There are sidewalks and it's easy to walk, I guess, but they're pretty narrow and there's no real way to bike," said Leah Lambrecht, another junior at CVU.

Empty bike racks and full parking lots. That's how CVU looks every weekday morning. For the students who travel from Williston, Charlotte, Shelburne, St. George, and even Hinesburg, biking to school is possible, but not recommended.

"If you want to go far and you want to travel distances, pretty much your only option is the road," said Maddie Reagan, a junior at CVU.

"They're a little hairy. The shoulders aren't huge and sometimes we get some steep drops," said Skiff.

The street leading up to CVU, Hinesburg Road, has a bumpy past. In 1985, a car struck and killed 18-year-old University of Vermont student Jane Emily Clymer while walking her bike up a hill.

Sharp learned of Clymer's death while working on a way to fund bicycle routes statewide. He dedicated a chapter of the book to Clymer's story. "Chapter 21 emphasizes the most important thing, and that is safety," said Sharp.

He insists that a bike path would have saved Clymer's life, saying Burlington's has prevented countless losses since its completion in 1992. It's all part of his overarching pitch to readers to encourage their communities to invest in infrastructure that separates cyclists and pedestrians from cars.

"If you can get the community support, we can build walkable, bikeable communities that rely much less on cars, reduce our carbon footprint here in Vermont, and have a much more healthy population," said Sharp.

And Sharp says that responsibility lies with the next generation of leaders.

"Living in Vermont specifically, carbon footprint, the way we impact the Earth, the way that Earth impacts us is super important, and I think we're very progressive in approaching alternative ways to save the environment," said Lambrecht.

Ultimately, Sharp says he wants the state to establish a fund that will give communities the money they need to install bike paths. He says the Burlington Bike Path wouldn't be in the Queen City if he and a group of citizens didn't try and save it from development. In the 1980s there was a plan to put a luxury hotel and condominiums on what we now know as Waterfront Park. Sharp and the group opposing the plan pushed it to the Vermont Supreme Court, which ruled the land must be preserved for public use.

From there, the Burlington Bike Path was born out of the money that would have been spent on development.

"I think this is really important work that we can look around the world and see all sorts of successful models of cities that have made that transition from being car-dominated to having certainly still good access and infrastructure for cars, but improved access for bikes and walking, as well," said Burlington Mayor Miro Weinberger.

Weinberger points to cold-climate cities that have shown progress in tackling the environmental emergency like Pittsburgh, Montreal, and New York.

He says other Vermont municipalities can follow Burlington's example of promoting downtown development and job opportunities to get more people within walkable and bikeable communities where they don't need to use their cars so much.

He also says it's in large part thanks to the investment in the bike path that the number of hotels downtown quadrupled between 2007 and 2015, boosting Burlington's economy.