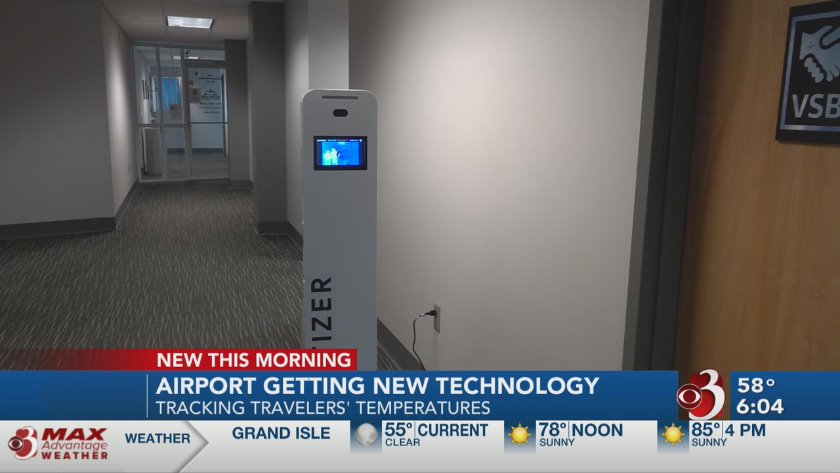 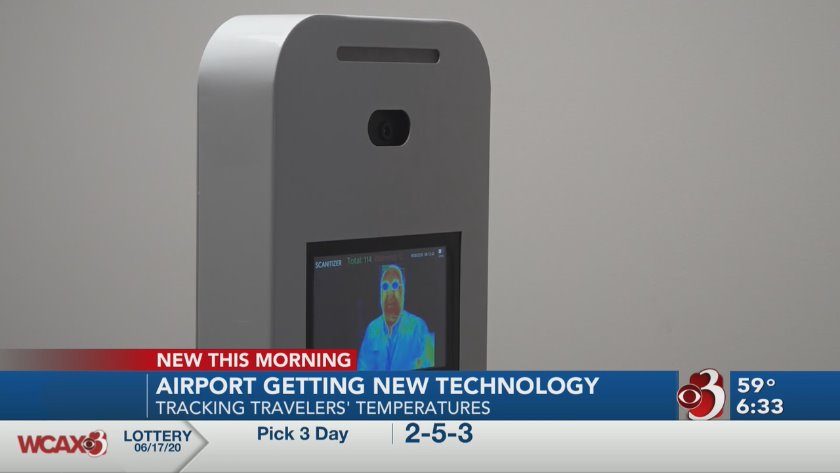 SOUTH BURLINGTON, Vt. (WCAX) The Burlington International Airport is in the process of choosing a new thermal temperature gauge to give travelers an idea of how healthy they are when they fly.

This week has been all about experimenting with different models to see which will be the most effective when people are shuffling on and off planes.

The one they're looking at is like a tower that sits in a room. Gene Richards, the director of aviation at Burlington International Airport, says travelers don't have to do anything to get checked and that the airport will only give you information about getting healthy if you have a fever. However, he says some airlines are banning flights for passengers with a high temperature.

"You merely walk through it, you don't stop, and basically it gives you the greenlight, and if it gives you the red light, you might have to stop and pick up a brochure for more info about why and here are things you can do. But we don't want to get involved at this point in people's lives, we just want them to be aware," said Richards.

He says the airport has been using handheld temperature gauges for employees but says this technology is faster, more accurate and more widespread.

People we spoke with seem pleased that the airport is being proactive about slowing the spread of disease.

"If it's not too much of a hassle, I think it's a good thing to do because the mask is not totally 100% effective and folks pull it off," said Dean Mesner of Augusta, Georgia.

Richards says these temperature checks won't take up extra time at the airport.