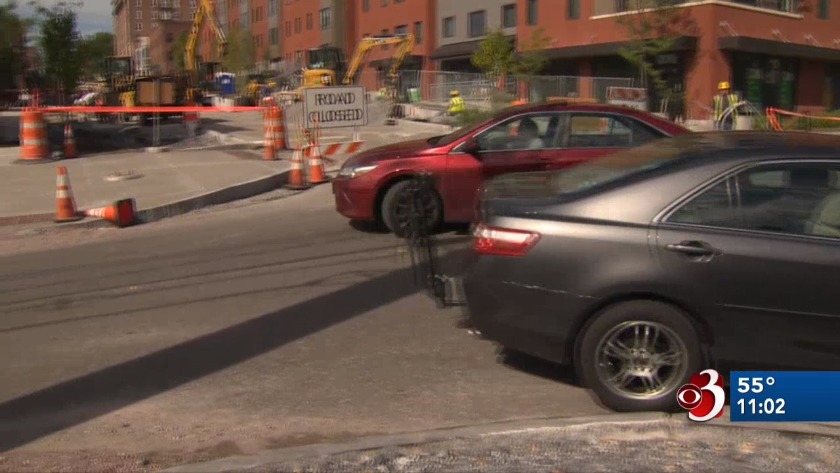 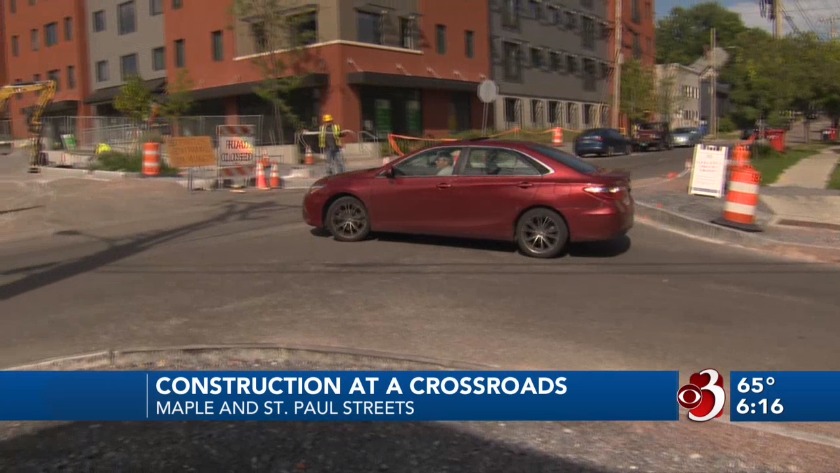 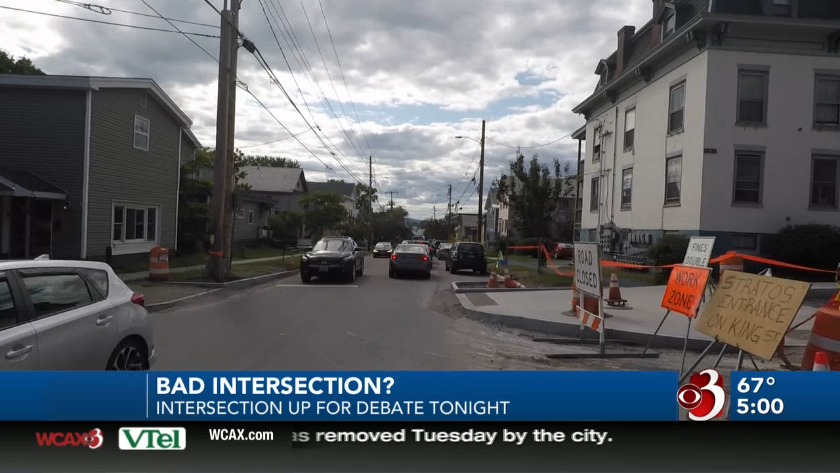 Burlington intersection up for debate 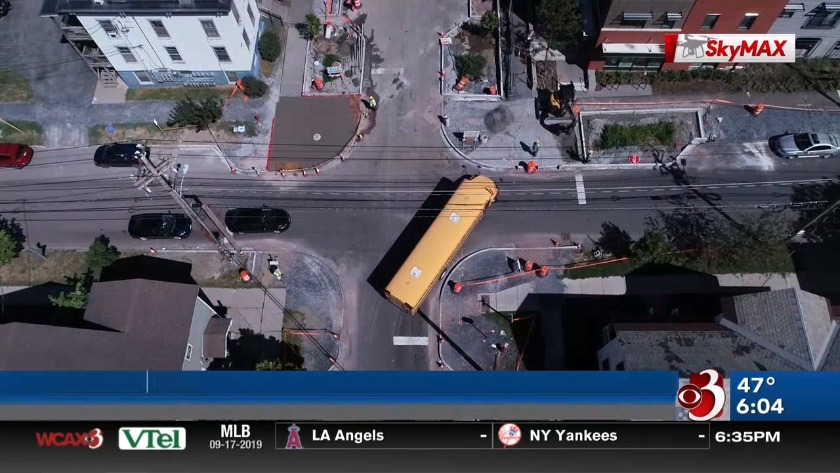 BURLINGTON, Vt. (WCAX) The city of Burlington has agreed to make changes to a downtown intersection that many have complained is hard to navigate and damaging their cars.

"We have taken the public feedback and our engineer assessment of the intersection at St. Paul and Maple streets warrants a minor adjustment," said Chapin Spencer, the director of the Burlington Public Works Department.

The city agreed Tuesday to make changes to its "Great Streets" construction project at St. Paul and Maple Streets and the DPW says crews will begin the rip and redo as early as Wednesday morning.

The engineers announced they will shrink bump-outs on the southern side of the intersection to give drivers more room to make the turn. They will also cut into the granite curbs at a 45-degree angle to make them less sharp.

"We will be widening the approach from 22 feet to 30 feet, so widening it by four on each side," Spencer said. "In addition, we're making the curbs have a greater radius, which means there will be more room for those turning movements."

Despite the changes public works is making, they are defending the project. They call it a minor adjustment, and despite what they said in our earlier reports, they say changes were expected.

"It's very hard to measure success and failure in this process," City Engineer Norman Baldwin said. "The only way you can do that is to try things, to experience things and to hear people's comments, and have these hard conversations. It's very difficult for us, and it's very difficult for the public. We understand and know that, but we think this is the right thing to do to advance this city and improve this city to the extent that we want it to be."

The biggest surprise was the response to a question from one resident at the meeting.

She says she watched WCAX's special report and asked why the city didn't do that kind of investigation before breaking ground. Baldwin said they relied on a computer program.

"The study is using the CAD drawing and these turning templates to really establish whether it can function and how it will function," said Baldwin. "So what is on paper is different than what is built, and I think that's the challenge."

The minor modification will cost at least $20,000, but the department couldn't answer how much the faulty intersection cost to begin with. Spencer says the $4.9 Million "Great Streets" initiative wasn't broken down by each intersection.

"We identified in the meeting three things we're going to change, one relates to how we work with our design engineers with turning movements to make sure we don't have this issue again," Spencer said. "The other is that we do more subsurface evaluation, and the other is we get a plan to better work with adjacent property owners on addressing their services for their various utilities."

When you print it out to analyze the documents, you can see it's not a light read. And in some cases, it inspired more questions than answers.

"It's just stupid. You can't have done that, stepped back, seen people hitting things, and thought, 'Wow, this is a really good idea,'" Ericka Redic said.

"Locals aren't going to come here and the tourists are going to tear the s--- out of their goddamn sidewalls. And you can quote me on that one," Dennis Ailore said.

Baldwin told us earlier that drivers have to "... enter the intersection with a higher measure of caution than they're used to and settle into how it's designed."

Or do they? The mayor admits the design may be flawed.

"We have not poured the sidewalks on the south end of it because there is a chance that this review is going to result in saying that we need to widen that there. We need to pull it back," Weinberger said.

Kirk Jones has a master's degree in civil and environmental engineering from UVM. He doesn't work for the city and didn't work on the project, but reviewed the city plan and sees some potential issues with the turns.

After driving the route and watching drivers navigate it, the issues become even more apparent.

Céline found people honking, people going around the intersection very carefully, some people having to make left turns instead of right turns. A gentleman from the Special Services Transportation Authority, a bus driver, stopped and said this is a nightmare! So it's obvious that it's not simple to navigate. What difference would it make if we came back three feet or even five feet? Is that safer?

We got a second outside opinion on the intersection-- a project engineer from Indianapolis, Indiana, to objectively look at the Burlington plan. Gary Duncan says bump-outs have benefits, including calming traffic and shortening the crossing distance for walkers.

But Duncan said, "What I cannot evaluate is the actual need for traffic calming at this intersection... A few things that I can think of to be evaluated would be volume of... traffic... the free-flow speed on the approaches to the intersection and the number of pedestrians crossing... If this is already a multi-way stop condition, I would not expect a need to slow traffic down as they are already required to come to a stop..."

"Is it safe?" he asked. "Did they feel safe going through the intersection, as well as bikers, as well as walkers? I'm curious for emergency drivers, transit drivers-- is this intersection safe for them?"

For a mailman who doesn't want us to use his name-- this intersection is a mess. He's worried things won't get better.

"We've gone beyond the point of no return there," he said.