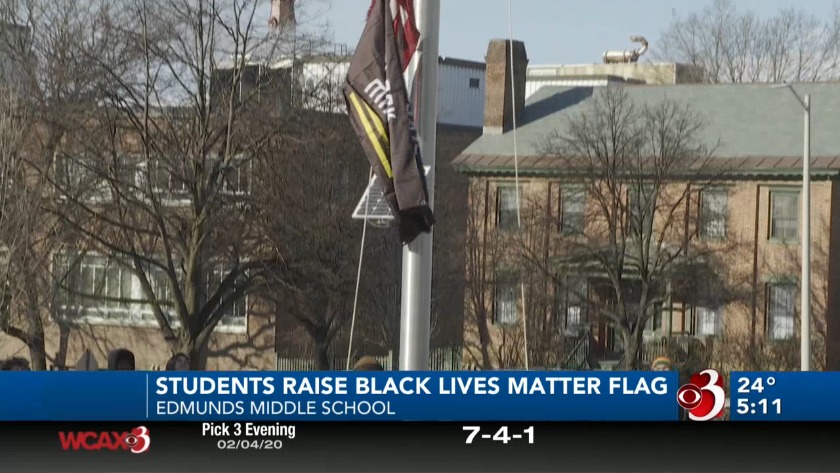 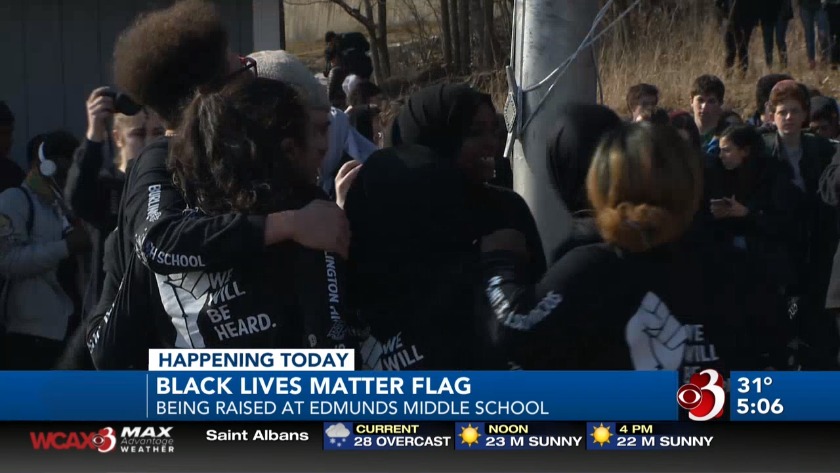 The Burlington School Board approved the decision in November but its something some students have been working on for years. Edmunds stopped classes for both Middle and Elementary School to hold the afternoon flag raising ceremony.

The students behind the movement say racism exists in schools, including discrimination among peers and teachers.

"It's acknowledging our black and brown students at our school but its also trying to get the new generation to believe in something that we believe that everybody should believe in," said Anyier Manyok, an 8th grader.

"We've had so many issues with just not being educated about the things that the black community goes through everyday and the struggles people of color have had," said Greta Ketterling, an 8th grader.

Students of color make up 28 percent of the Edmunds Middle School community.

The school is one of several around the state to raise the flag in recent years, including Burlington, CVU, Rutland and Montpelier high schools.