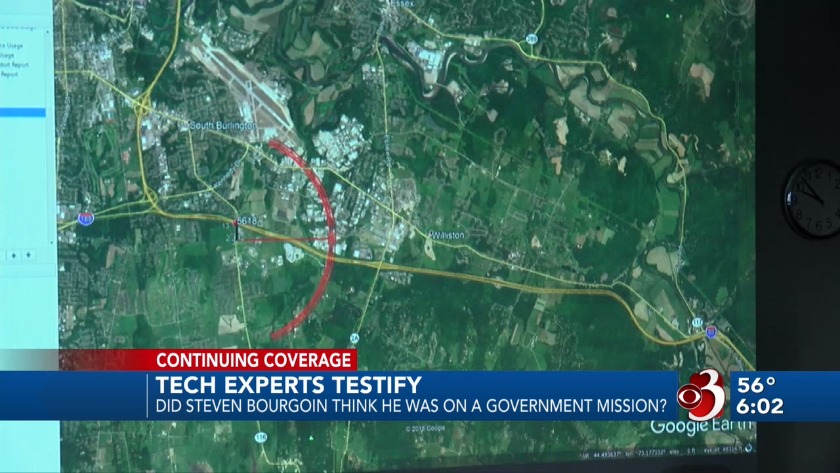 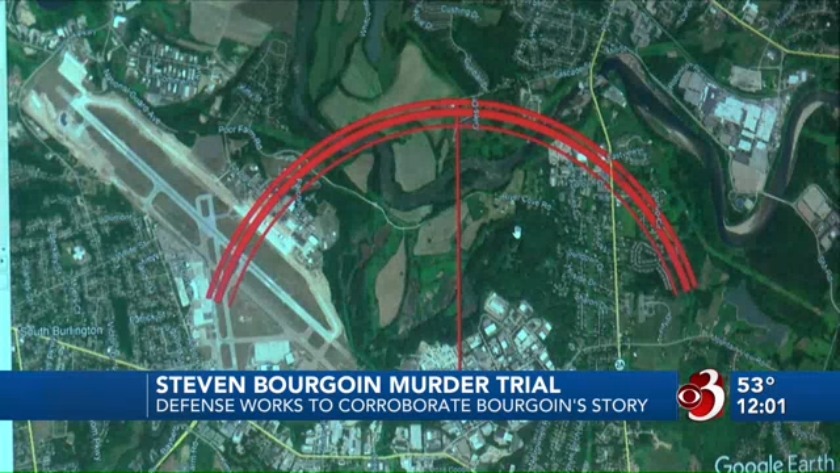 BURLINGTON, Vt. (WCAX) Did Steven Bourgoin lie to investigators after he hit a car full of kids? The defense rested its case Thursday in the Steven Bourgoin wrong-way murder trial after calling a cellphone expert to corroborate Bourgoin's story of a psychotic break.

"This is more just driving around. Now whether it's erratic or there's some underlying meaning for it, I don't know if I can speak to that," said Sy Ray, an expert called Thursday to testify about mapping and location data on Bourgoin's cellphone. Ray used data from towers to pinpoint Bourgoin's cellphone in the days leading up the deadly wrong-way crash in October 2016.

Bourgoin's lawyers claim he was legally insane at the time of the crash and that he believed he was receiving messages through radio, TV, and Facebook, about a "government mission" he was chosen for. Ray was able to track Bourgoin's location, corroborating the story he told investigators about smashing his phone near the Winooski River a day before the crash.

"This device got into this area right here -- it could be just be slightly off either side of the river -- and it's going to remain there for that hour-period and the records just abruptly stop," Ray testified.

In cross examination, prosecutors continued to try and poke holes in Bourgoin's story, asking Ray about Bourgoin not going into Hinesburg like he told investigators. The data showed he was in St. George, the next town over.

Crick says she investigated the Facebook data to match information with Bourgoin's story. Part of that story was that he received a Facebook message from a childhood friend out of the blue that he found odd, but the state says Bourgoin is the one who reached out.

Crick says Bourgoin also told investigators about Facebook messages coming from the government being the reason for why he smashed his phone.

So what does this all mean and how does it help the state? At this point, it's not completely clear. We know prosecutors on Friday plan to call the first psychiatrist who evaluated Bourgoin and found he was not insane at the time of the crash.

Closing arguments are planned for Monday, where both sides are expected to connect the dots between all of their witnesses to paint their version of what happened, and why.