Center for donor breast milk to open in Essex Junction 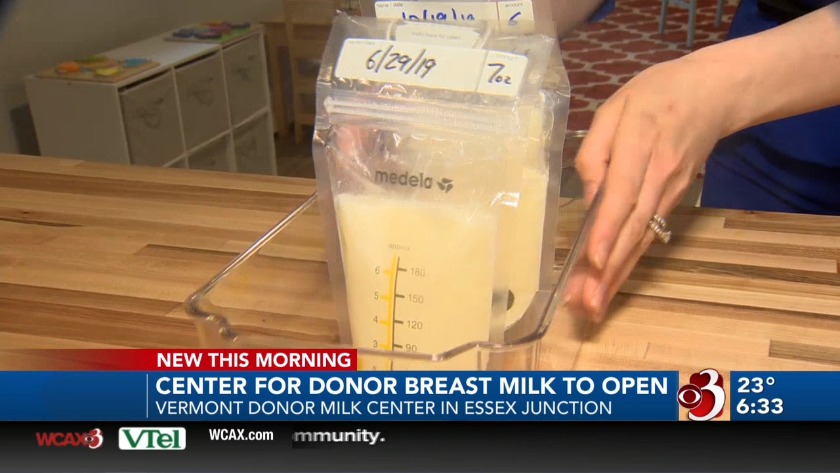 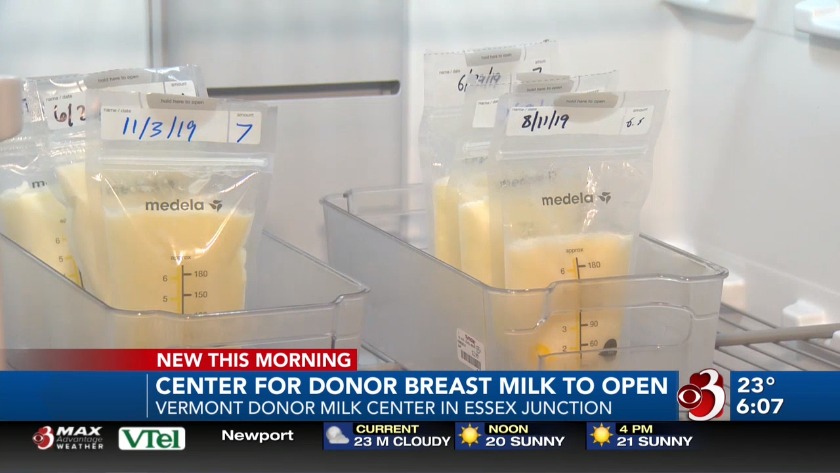 ESSEX JUNCTION, Vt. (WCAX) Women in Vermont who want breast milk for their babies need to know someone to get it if they can't make it themselves. But that's changing. Now, for the first time, women will be able to drop off and receive milk at one center in the state.

Some moms find they can't make breast milk at all. Other moms try and just can't keep up.

Taryn Hennebicque says she was induced, and so her milk supply was slow to come in. While at the University of Vermont Medical Center, she turned to donor milk to help feed her daughter, Ada.

"It wasn't a hard decision because you just want to feed your baby," said Hennebicque.

But feeding her baby got harder when she went home.

"As soon as you're released from the hospital, there's no access to donor milk locally, so that was really devastating," said Hennebicque.

But now new possibilities are opening up at a local yoga studio.

"If this center had existed literally just a few months ago, I would have been here," said Hennebicque.

It's called the Vermont Donor Milk Center, right inside the Evolution Prenatal and Family Yoga Center in Essex Junction.

Milk is sent to Mothers’ Milk Bank Northeast to be pasteurized, tested and sent back out.

Women with doctors' notes can receive that milk, which comes from moms in Vermont and several other states.

"This model that we're trying to start - this hub for lactation model - there isn't many other places in the whole country that are doing what we, what our vision is planning to do," said Amy Wenger, a nurse and executive director of the Vermont Donor Milk Center.

Wenger say it isn't just a place where people can pick up milk. People are also able to meet with lactation consultants and nurses and talk about any problems they have. They can then come up with a plan on how to move forward.

"Our goal is to be that bridge, to kind of take that struggle that 'I'm now going to formula and that's my only choice, '" said Wenger. "We want to kind of be a hub for lactation."

Wenger says moms need to do what's best for them, but that donor milk is safe for babies.

"Breast milk and getting milk from another woman or another family member is very historical in time, so we just brought it up to kind of modern-day to make it as safe as possible," said Wenger.

"I do think it's going to take the pressure off people a little bit," said Hennebicque.

Women who want to donate milk have to be approved first. The process involves an interview and blood test.

The price to buy the milk will be on a sliding scale, based on what a family can afford.

The center opens on Jan. 6.