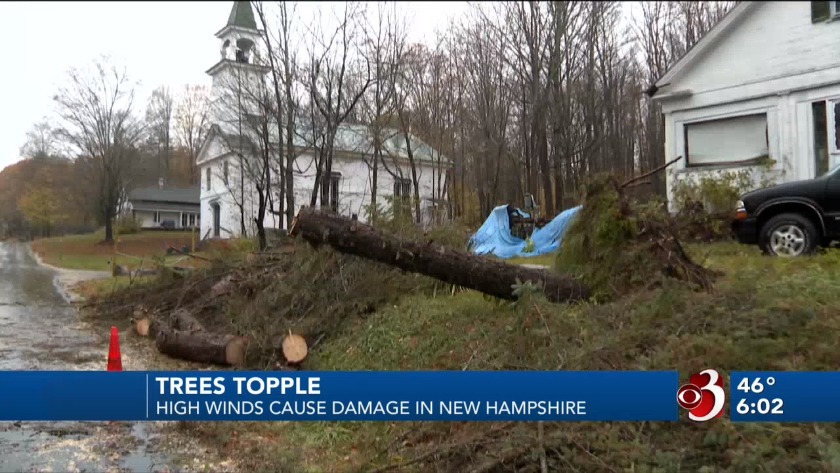 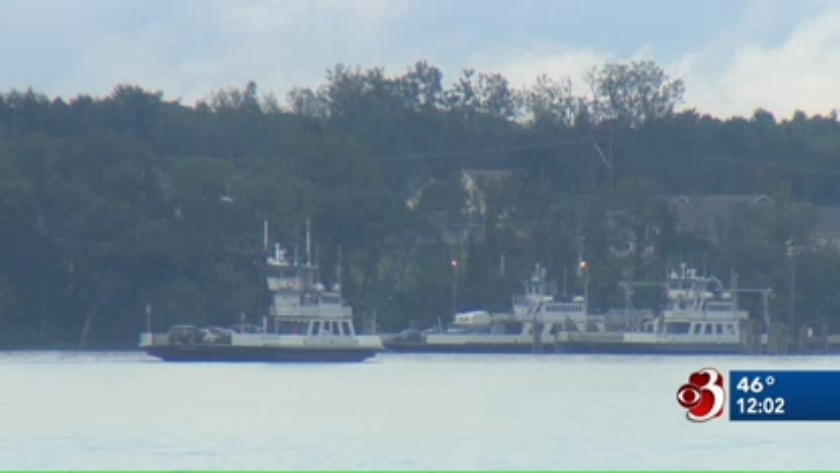 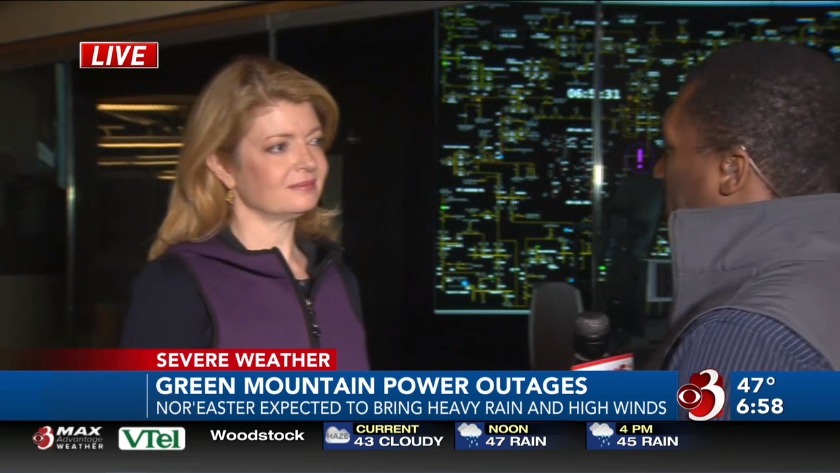 BURLINGTON, Vt. (WCAX) A powerful nor'easter caused flash floods, property damage, and knocked out power to thousands across the region.

As of Thursday evening, there were about 5,000 outages across Vermont. The hardest-hit areas were in the south including Rutland, Windsor, Windham and Bennington counties. Report power outages to Green Mountain Power by clicking here

About 1,150 homes in New York's North Country have no power. And tens of thousands are without power in New Hampshire.

It wasn't the wakeup call Grafton resident Bill Morris and his family were expecting. "I was asleep about 4:30 in the morning," Morris said. That's when a 30-foot tree toppled over just feet from where he was sleeping. "We heard a crash, looked out my bedroom window, there's a tree across my deck."

The Morris' uprooted tree experience was repeated all over town. The owner of another home told us that if it was not for the power lines, the large pine tree may have crushed his car.

The hum of generators could be heard at other properties nearby. "We know for certain that when the wind blows, the power will fail, so we pre-started the generator and had it all full of fuel and ready to go," said Mark Bagley.

Electric cords line the living room floor at the Bagley's home, which allows them to monitor the outages online. "When they have a major identified outage point, they can usually tell you when it's going to be back, but this is scattered. It's all small outages all over the place," Bagley said.

That's likely because trees remained leaning on lines long after the high winds that tipped them over subsided. Line crews are now tasked with removing the debris before the lights can go back on.

"Our generator has almost 200 hours on it and it's only four-years-old," Bagley said.

At the height of the outages, roughly 60,000 New Hampshire customers lost power. The majority have been restored but residents we spoke with say they are prepared for it to be a while before the lights come back on.

Green Mountain Power crews were out early Thursday to turn on the lights, but the conditions were tough in some areas. GMP spokeswoman Kristin Kelly says crews working in Springfield had to pull back because trees were falling around them.

"In some cases, the wind has been so gusty, they had to retreat from doing repairs because they were up in these bucket trucks and trees start coming down around them and it just wasn't safe, so they pulled back, and waited until it was safe and went back in to do those repairs," Kelly said. "The damage was greater than what was forecasted so in some cases we have many, many trees down and infrastructure damage, poles that need to be replaced."

In addition to its own crews, GMP has 30 crews from out-of-state and Canada working to restore power. The majority of customers should have power back on by Friday evening, but due to excessive damage in some areas, power may not be restored until this weekend.

People in Lincoln were on flood watch and the town school let out early Thursday. The beginning of Grimes Road just past the intersection with Ripton was washed away by floods. Crews expect to work on that section of road for a few days before it's drivable again.

And a houseboat took on water in Malletts Bay as the high winds churned the waters of Lake Champlain.

Because of high winds, the Lake Champlain Transportation Company is changing its Charlotte-to-Essex, New York, route. The ferry will depart on the hour from Vermont, instead of every half hour. Departures out of New York will be on the half-hour.

Vermont state police have reported at least 16 weather-related crashes, including vehicles that slid off wet roads and crashed into downed trees. There were no immediate reports of serious injuries.

It may be raining in many areas but the higher elevations like Whiteface Mountain in New York and the summit of Mount Washington in New Hampshire are reporting snow. The highest peak in the Northeast also clocked a wind speed gust of 128 mph Thursday morning.

Share photos of storm damage in your area here.