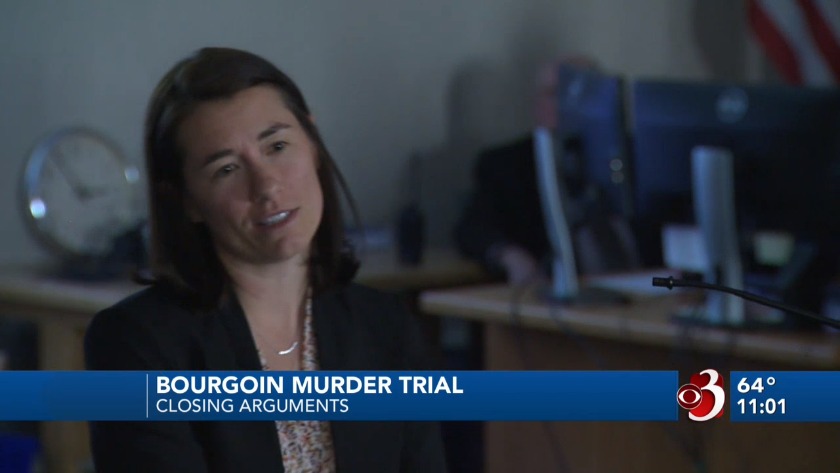 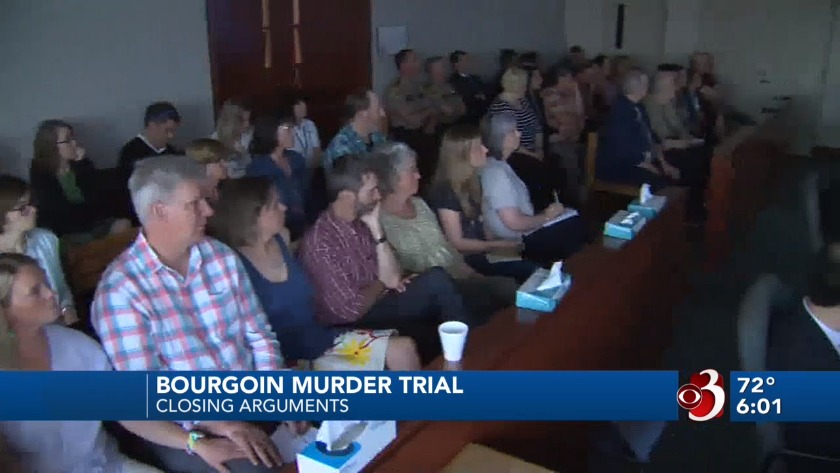 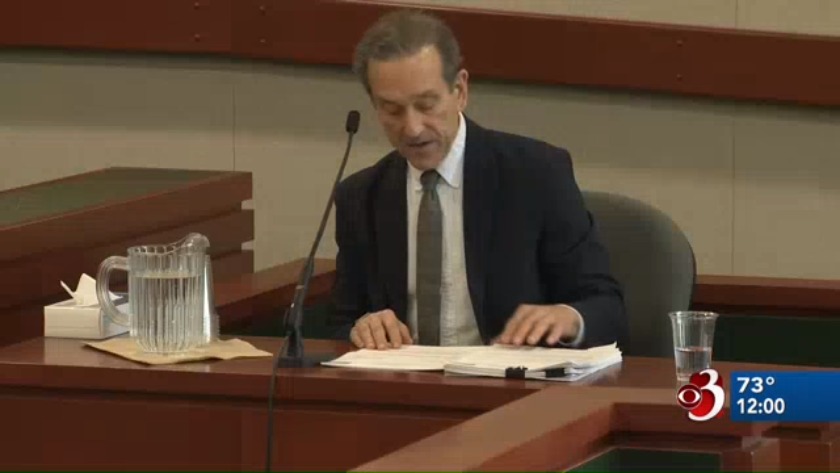 BURLINGTON, Vt. (WCAX) Eleven days, dozens of witnesses and Tuesday morning there will be one question left for the jury to decide: Was the driver accused of killing five teens in a wrong-way crash insane at the time?

"But for Mr. Bourgoin's conduct, these deaths would not have occurred," said Chittenden County State's Attorney Sarah George.

The state began closing arguments charged with proving five counts of second-degree murder, one for each of the teens killed.

George argued that Steven Bourgoin knew he was driving the wrong way the night of Oct. 8, 2016, knew he hit another car, knew he was stealing an officer's cruiser and knew he was putting others at risk.

"This is a wanton disregard," George said. "The evidence is clear that Mr. Bourgoin knew what he was doing."

Then, the prosecution took the insanity defense to task, asking the jury to consider what is fact.

"Where is all the evidence that Mr. Bourgoin promised you?" George asked.

She argued the defense psychiatrists took Bourgoin at his word, ignoring inconsistencies.

The defense in their closing arguments acknowledged the tragedy.

"It's not just, it's not fair," defense lawyer Bob Katims said.

But Katims urged jurors to put aside their sympathies and focus on the law.

"The evidence is clear Mr. Bourgoin was insane at the time of the offense," Katims said.

Katims detailed Bourgoin's erratic behavior that he said was confirmed by cellphone records and said there was no logical reason for what Bourgoin did, other than insanity.

"All of this only makes sense through the eyes of psychotic Steven Bourgoin," Katims said.

He also called into question the credibility of the state's expert.

"He is not a psychiatrist interested in a psychiatric investigation into what was really going on in Steven Bourgoin's mind," Katims said.

Katims made the case that the defense's expert witness-- including one originally hired by the state-- did a more thorough job.

"Their judgment should be trusted," Katims said.

The defense told jurors to consider "diminished capacity." It's different from the insanity defense. It allows jurors to consider Bourgoin's mental state when deciding if they want to convict him of second-degree murder or a lesser charge of involuntary manslaughter.

"There is a presumption of the lesser," Katims said.

The jury will get detailed instructions from the judge and then start deliberations Tuesday morning.