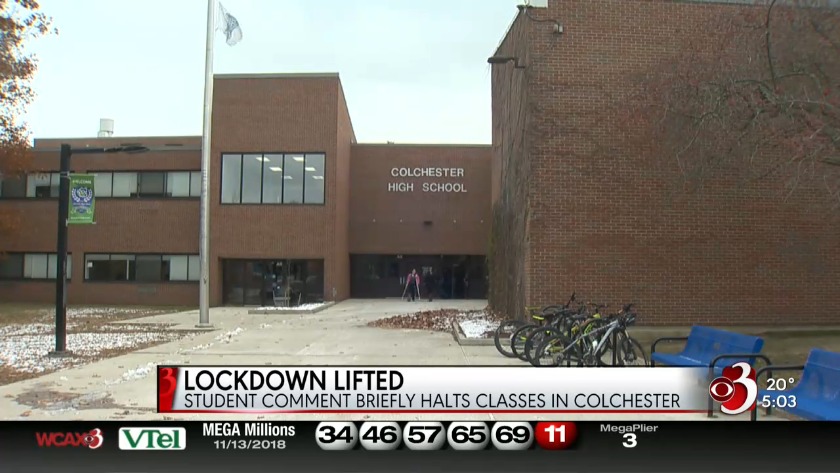 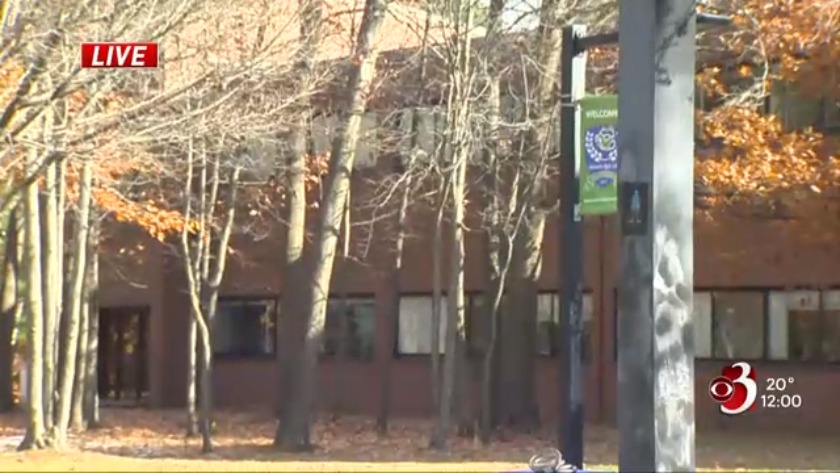 COLCHESTER, Vt. (WCAX) A lockdown at Colchester High School has been lifted.

Police say they got the call after a student made a comment that would have jeopardized the safety of the school. And when they came here and couldn't immediately find the student, that's when they say the lockdown started.

"It started about 10:32 and ended about 10:52," said Colchester Police Chief Doug Allen. "We were able to locate that student and determine that the situation was safe."

Police won't say what the comment was or who made it due to the ongoing investigation. They say it was not a hoax but that the campus is safe.

Colchester Superintendent Amy Minor says they will always take steps to ensure safety. Staff and students regularly practice drills so they can react quickly to lockdowns. And she encourages parents and students to "see something, say something."

"The safety of our students is paramount," Minor said. "It was a student who reported information. And we're really thankful that students feel comfortable enough at Colchester High School to share when they're feeling concerned."

School officials would not comment on whether the student that made the threat is still in school. Police said they do not expect any charges to be filed.