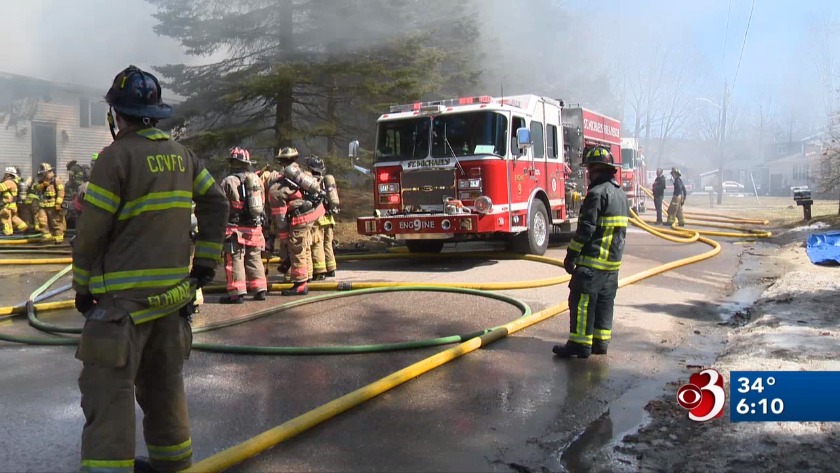 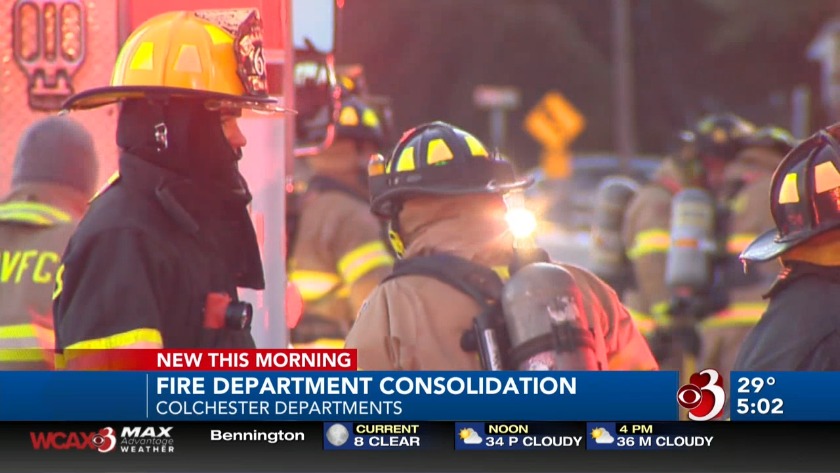 COLCHESTER, Vt. (WCAX) Change is coming to firefighting organizations in Colchester. Three volunteer fire departments will become one big department and add a few paid roles. Our Ike Bendavid takes a look at how this would work.

They say consolidating will help the people of Colchester and surrounding communities.

Right now, they are all volunteer departments, which means there is a gap in service during the day. That's why they say operating under a townwide department will be a good thing.

Bourgeois says that because his department is all volunteer they don't always have coverage during the day. He feels adding full-time staff to the community can make a difference.

"The faster you get there, the better the outcome no matter what type of incident it is," Bourgeois said.

Right now, Colchester Center Volunteer Fire Company, Malletts Bay Fire Department and St. Michael's College Fire and Rescue all respond in the town of Colchester. But the select board says starting in July, they will all operate under one department.

"We want to make sure we are more unified-- have one chief. We can be more efficient with our resources and protection service," said Jeffrey Bartley, the select board chair.

Bartley says the unified department will add one full-time chief and four full-time firefighters. The new chief, who will be named next week, will decide whether they will have household chiefs at each department.

Bartley says there will be no change for the nearly 90 volunteers at the three departments and stipends for each call will continue.

"We will still continue to pay the stipends and provide all the same benefits, if not more," Bartley said.

By consolidating the departments and making cuts to other parts of the budget, Bartley says the added positions added just $1,000 to the town budget.

"We have worked really hard to make it financially palatable for Colchester residents," he said.

Bourgeois says he put his helmet in the ring for the full-time chief, but no matter what happens, he feels it will be food for the town.

"I look forward to it moving forward no matter who is going to be chief," Bourgeois said. "It's a good thing for the taxpayers and the service as a whole."

Sandy Ladd, the chief of the volunteer Colchester Fire Department, said he's worried about what the changes will mean for his staff, who didn't get a say in the hiring process for the new full-time firefighters. Ladd says they were given no other option but to turn over their assets to the town of Colchester.

There are two meetings for the public in Colchester.

The select board will provide an update on the townwide fire protection changes on Tuesday, Jan. 28, at Colchester Town Hall at 781 Blakely Road at their regular meeting which begins at 6:30 p.m.

No one injured in Swanton barn fire

No one injured in Swanton barn fire