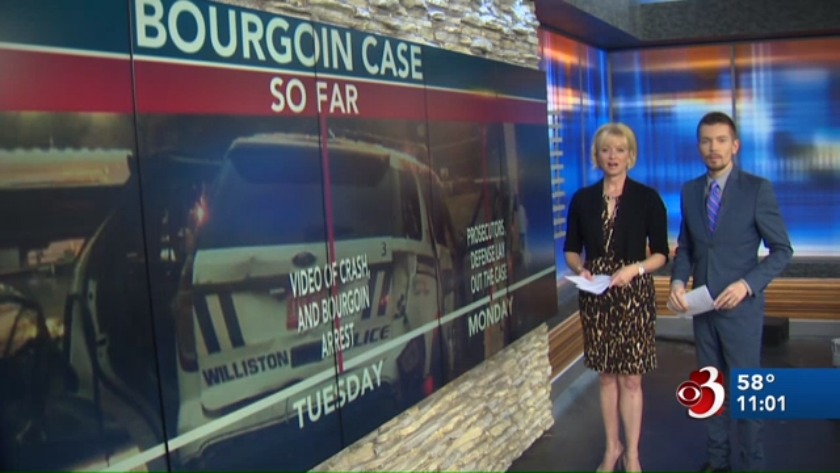 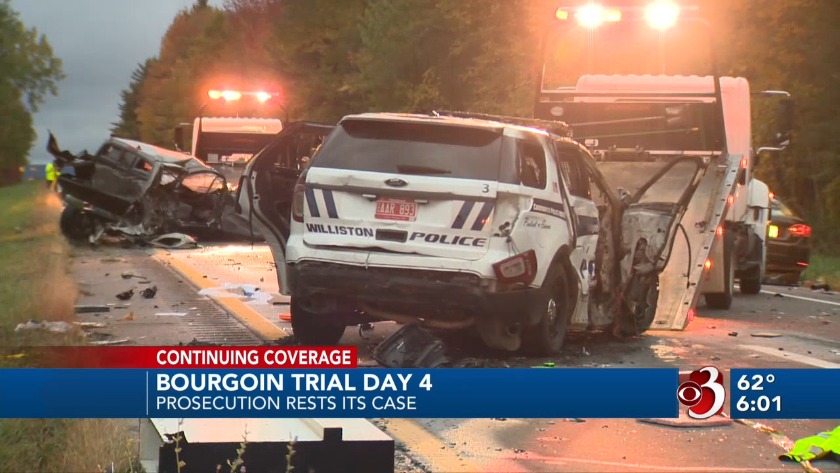 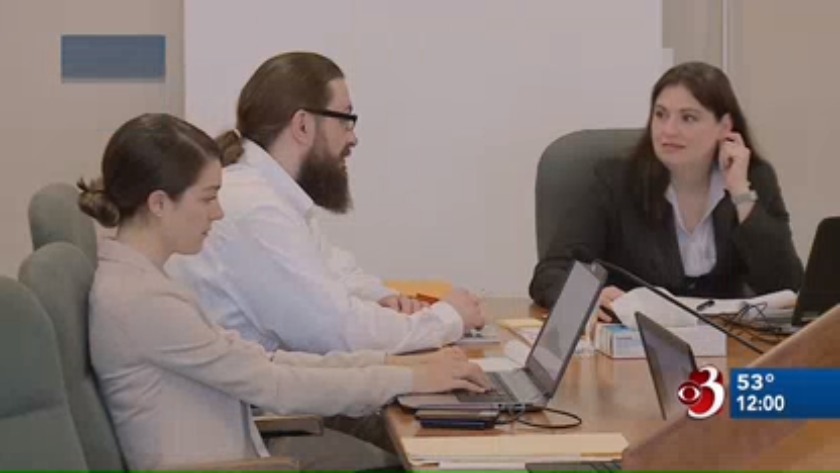 BURLINGTON, Vt. (WCAX) The state has rested its case in the trial of the wrong-way driver accused of murdering five teens in a crash.

The last witness the jury heard from was the first police officer to arrive at the scene after Steven Bourgoin crashed his truck into the carload of kids.

Our Dom Amato was in the courtroom and breaks down the final pieces of the prosecution's case.

Williston Police Ofc. Eric Shepard was already on the interstate and said he got to the crash scene about 30 seconds after it was reported. He said he tried his best to save the teenagers trapped in the burning vehicle but his attention quickly changed when he saw his cruiser start moving.

That was his first thought when he saw his cruiser start to move.

He quickly realized that wasn't the case. Shepard radioed dispatch that his car was taken.

He continued his focus on trying to save the occupants in the burning vehicle.

Moments after, he learned his cruiser was headed back in his direction at over 100 mph.

Video evidence shows Steven Bourgoin had stolen the cruiser and headed south, but after encountering other cops, he turned around and sped back to the crash scene.

Shepard said he told the dozen or so bystanders to get off the interstate and found a safe spot to shield himself. He followed the path of his cruiser as Bourgoin crashed a second time-- smashing into his own wrecked pickup from the first crash.

Shepard said he watched Bourgoin get ejected and then held him at gunpoint until another officer put handcuffs on him.

"I hope never again to see that," Shepard said.

Sorensen created an animation illustrating his understanding of the crash. He said the data shows the teen driver was slowing down and swerving away from Bourgoin, while Bourgoin's pickup was at maximum acceleration and veering toward the Jetta.

"At three-tenths of a second before impact, the steering wheel angle is reported to be at -75 degrees. So, it's turned quite a bit to the right," Sorensen said.

The crash reconstruction testimony could be important as the jury weighs whether Bourgoin acted with reckless disregard for human life and committed murder, as prosecutors have asserted. Or if he was legally insane at the time and not responsible for his actions, as the defense contends.

The defense will begin presenting its case Friday. His lawyers are expected to rely heaving on expert testimony from psychiatrists to influence the jury.

One thing to keep in mind is that normally in a trial, the burden of proof is all on the prosecution. But when arguing insanity, the defense does have the burden of proving he was legally insane.

On Monday, prosecutors described Bourgoin as angry and stressed, worried about custody of his daughter and financial troubles. They say he knew what he was doing, speeding north on a southbound highway for more than 2 miles.

The defense told the jury Bourgoin was insane the night of the crash and believed he was being sent messages about a government mission.

"The evidence will be that Steven Bourgoin was totally psychotic and delusional at the time of the crash," defense lawyer Bob Katims said.

Tuesday, we saw video from the night of the crash-- Bourgoin stealing a police cruiser and the moment of his arrest, as he screamed at officers.

On Wednesday, survivors of the second crash and first responders shared their accounts of that night. The jury was shown the details of the crash in pictures. The medical examiner explained her homicide ruling. And state police said the young driver was not at fault.

"There was no evidence of any improper operation," Vt. State Police Sgt. Owen Ballinger said.

For the most up to date information on the Bourgoin trial, stay with www.wcax.com and watch the Channel 3 News.