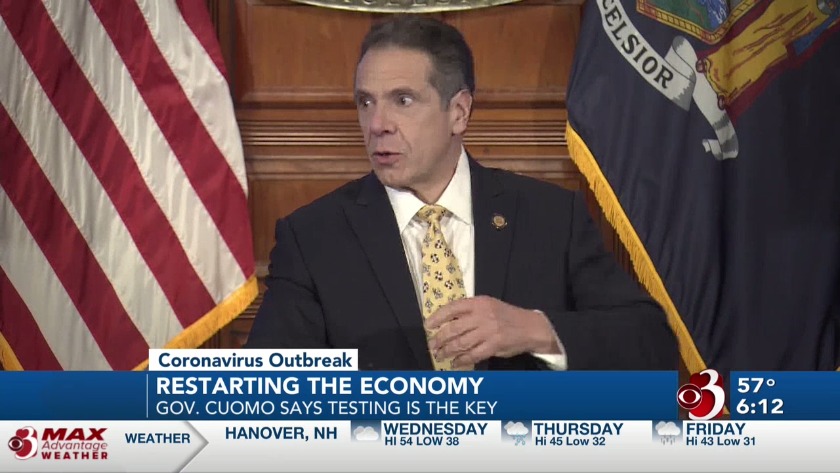 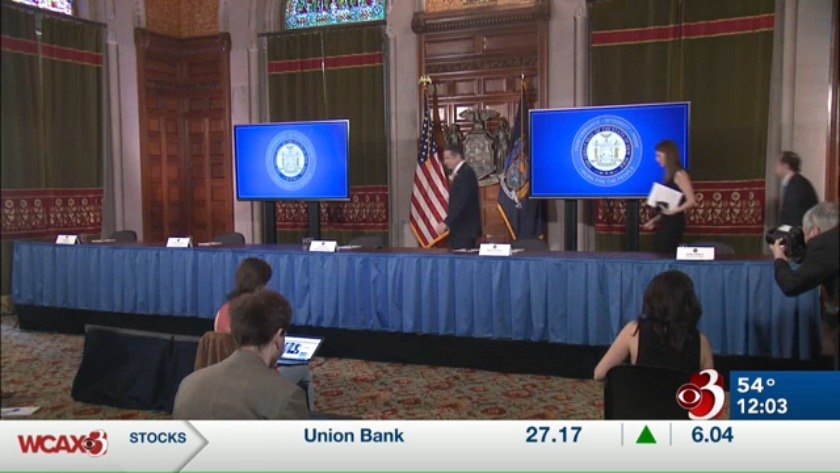 ALBANY, N.Y. (WCAX) New York recorded 731 new coronavirus deaths on Monday in its worst day yet of the outbreak. But despite the rising death toll and infections, there was a bit of good news from the governor on Tuesday.

Gov. Andrew Cuomo says the number of hospitalizations may be reaching a plateau. He says the jump in deaths Monday was likely patients who got sick early on in the curve and are just now dying.

The governor said New York's death toll had reached 5,489. After a drop in deaths the past few days, officials had been hopeful they were nearing the apex of the outbreak.

Cuomo warned that despite the spring weather, it is essential that residents stick to self-isolating to help protect themselves and others.

New York's stay-at-home restrictions are extended through the end of the month. Violators now face up to $1,000 in fines.

So how and when do we get life back to normal? New York's governor says plans are underway for restarting the state's economy.

Cuomo says he's talking with his colleagues in New Jersey and Connecticut about a regional approach to restarting the economy.

But Cuomo says the antibody testing that will tell us who is immune to COVID-19 is only just now being developed and it will take time to roll it out on a mass scale.