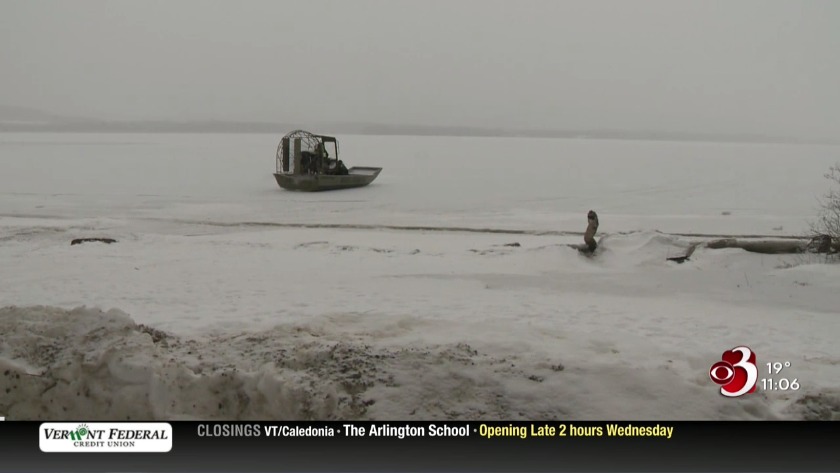 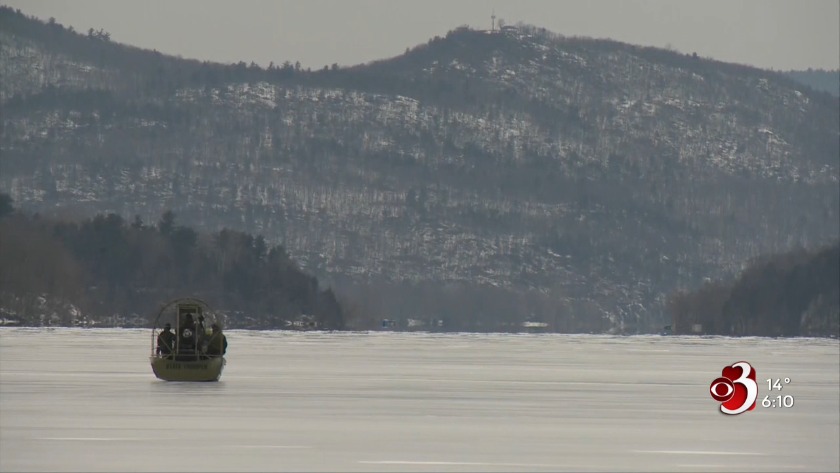 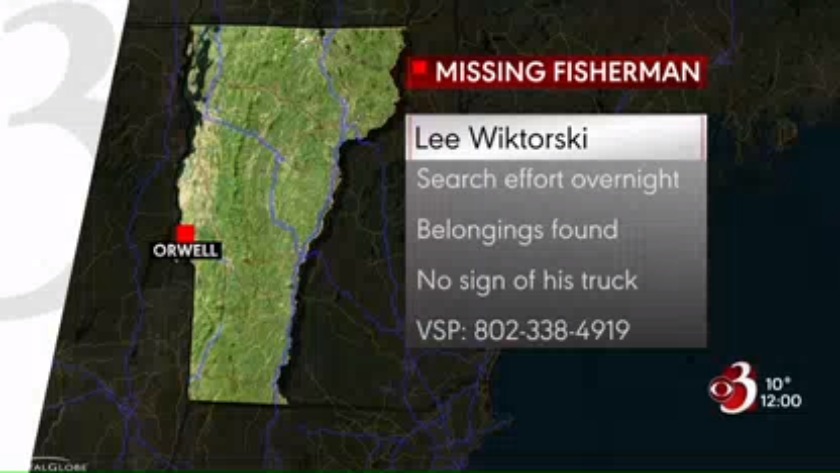 Authorities say Wiktorski, 61, of Benson, was fishing on the lake near Orwell Monday and did not return. A search was launched after he was reported missing by a relative late Monday.

Divers targeted the spot where the pickup was found after a U.S. Customs and Border Protection aircraft spotted an anomaly between Chittenden Point and Singing Cedars.

"Not necessarily a break, but just an abnormal -- where it looked like there is possibly something -- the ice opened up and refroze," said Vermont State Police Lt. Jeff Danoski.

State police also deployed their new airboats in the search Tuesday, since the icy waters are dangerous on foot.

As a storm rolled in Tuesday evening, the search was suspended for the night. Police expect to be back out Wednesday, depending on the weather. They say the storm could create some difficulties depending on how much snow accumulates.

Anyone with information about Wiktorski's whereabouts is asked to call the Vermont State Police.