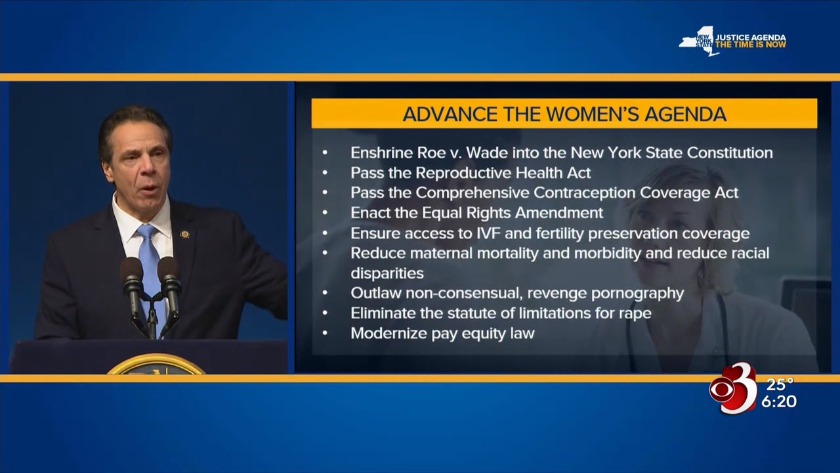 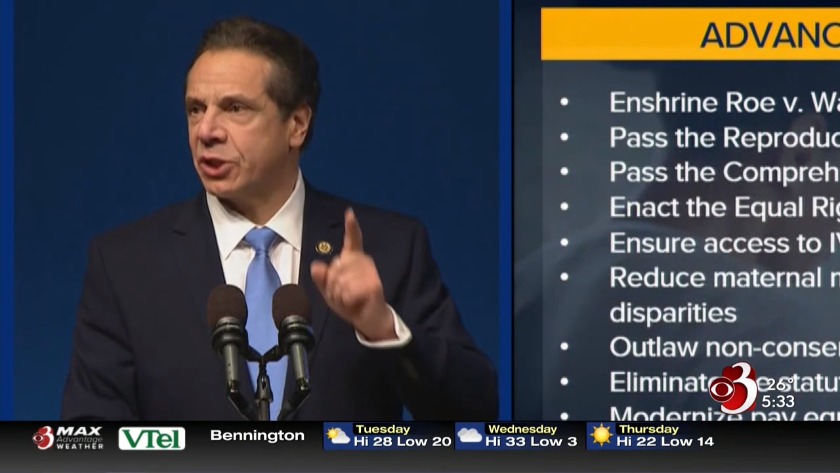 2 min. of Cuomo's State of the State address

ALBANY, N.Y. (WCAX) New York Governor Andrew Cuomo gave his state of the state and budget address Tuesday. Cuomo hit a lot of topics and made several mentions of the North Country that he said will be part of the history-making first 100 days of his new term.

"A great record of accomplishments, a lot of momentum, but I really believe you ain't seen nothing yet," Cuomo told lawmakers Tuesday.

"For the first time in a long time the democrats control both chambers of the state legislature, so he was taking to a friendly group, a group that really wants to move his agenda and their agenda forward," said Harvey Schantz, a political science professor at SUNY Plattsburgh.

The agenda covered a handful of topics he hopes to tackle in the first 100 days. One thing that would be major for the North Country -- statewide broadband.

Another topic was the legalization of adult use of cannabis, something Schantz thinks is going to bring in the green. "There are states around us that did it and we're losing revenue to those states," he said.

The governor said use of cannabis would be for those 21 and older. He also mentioned raising the age to purchase tobacco to 21 statewide. "He feels that people become tobacco users early in life before they really know better," Schantz said.

The address also included a progressive agenda for women's rights, including equal pay. "Let's show this nation what real women's equality means, not just talking the talk, but walking the walk, and we're going to do it this year," Cuomo said.

He also plans to continue renewable energy goals that would make the state 100 percent clean by 2040, and giving money for clean water infrastructure.

Health care was also another major talking point. "He wants to expand health care, however he is not for single-payer. He thinks single-payer is something that that should be handled by the national government," Schantz said.