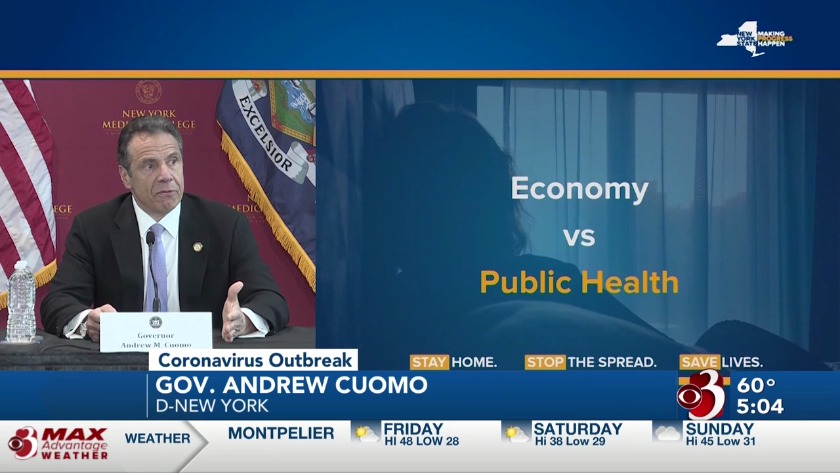 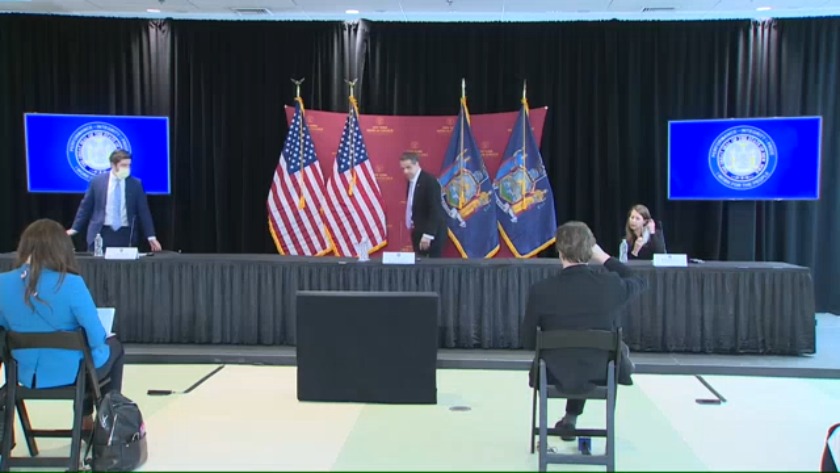 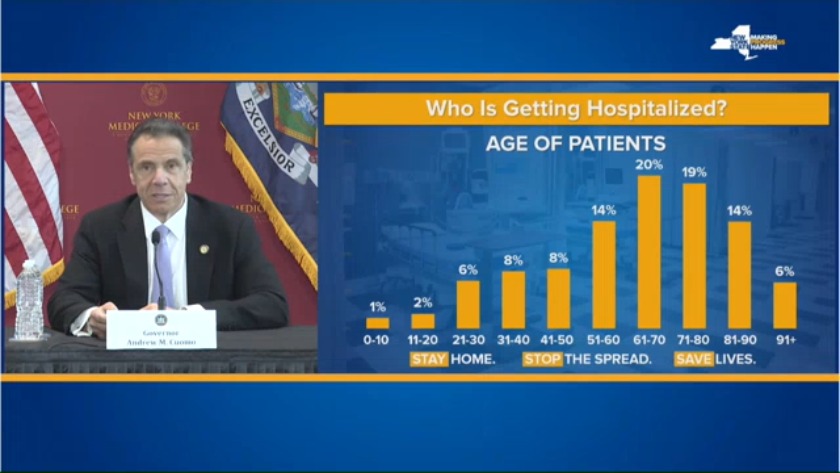 Cuomo Thursday extended for another two months his 90-day suspension of evictions in the state that was set to expire in June. He made the announcement during a visit to New York Medical College in Westchester County, where the state's first major cluster of COVID-19 originated and where testing and contact tracing will be a key test in the state's ability to reopen the economy.

As the state wrestles over how to reopen, Cuomo says it's not a matter of choosing economics over public health. He has laid out a phased re-opening to begin next week in regions with low COVID activity and in economic sectors that can meet health criteria.

"To me, it's never been a question of whether or not we reopen. It's not reopen or not reopen -- you have to reopen. You don't have a choice. It's how you reopen," he said.

As of Thursday, 231 more people had died in New York of COVID-19. That number has been almost flat for four consecutive days. The statewide death toll is nearly 20,000.

Cuomo said hospitalization rates and the number of new virus infection continue to trend downward, but not as rapidly has he would hope. "We wish it were a steeper decline, but it's not," he said.

New York City will test 140,000 people for coronavirus antibodies between next week and early June. Mayor Bill de Blasio said Thursday that the antibody tests will be offered free by appointment at five locations around the city. A positive antibody test indicates that a person has been infected with the virus. Researchers have said it is unclear whether antibodies for the coronavirus provide immunity or whether people who test positive for the antibodies can still be sickened by the virus.