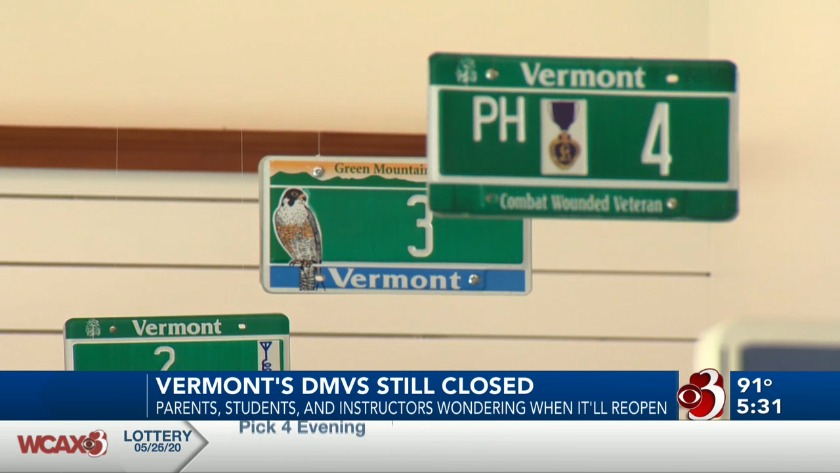 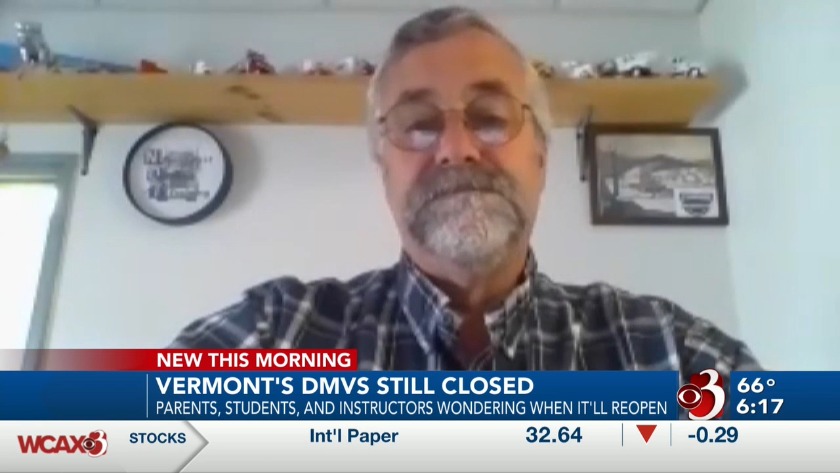 WILLISTON, Vt. (WCAX) Vermont Department of Motor Vehicles offices have been closed for more than two months with the state issuing no public plans to reopen anytime soon.

In March, the DMV suspended all in-person interactions until further notice, including the road test to get a driver's license or permit. That's left many families wondering when it will be their teen's turn.

"It'd be nice to be able to drive around by myself, even if I couldn't stop anywhere, just to get out of the house," said Carmella Martone, a 16-year-old from Williston.

Martone thought she'd be driving around on her own by March when she'd scheduled her road test. But like thousands of other Vermont teens looking forward to getting their license, Martone's appointment was canceled in the wake of the coronavirus pandemic.

"Most importantly, I really needed her to have the experience this summer because I wanted her to start driving to school," said Mia Marinovich, Martone's mom.

Marinovich says she was counting on her to get herself to Champlain Valley Union High School in the fall, while she focused on getting her other daughter with special needs on the separate school bus.

Now, despite numerous inquiries to the DMV, the family has no idea if that will be possible.

"We would do whatever we needed to do. They're just not responding at all. I would just like some answer about when they're going to fit all this in," said Marinovich.

Like many moms, she worries once the DMV does reopen, there will be a huge backlog of test requests. Though the DMV stated recently those who had scheduled an appointment prior to the pandemic would be prioritized, officials have yet to release a timeline.

Some parents who have reached out to us suggest the state take a page out of Georgia's book, waiving the official road test requirement for teens who've completed drivers ed. Though, state officials quickly issued a new order requiring the tests, after all.

"They may well be good drivers. The kids I drive with are good drivers. Does that mean they're ready to have their driver's license? No," said Anderson.

Instead, he wonders why officials won't allow him to offer road tests to his students.

"This isn't a new idea. There are third part testers within the state already," he said.

But only instructors who teach through high schools, under the authority of the Agency of Education, can offer non-commercial operator's license testing. All Anderson can do right now is hold virtual classes a couple of nights a week when courses must usually take place in person.

"We paid the money to go through the driving school here in Williston. At least the guy who taught her how to drive -- and I trusted him with her behind the wheel -- at least allow him to test," said Marinovich.

WCAX also talked with Northeast Driver Training owner Todd West, who says the suspension has his business at a standstill, along with the other companies that rely on it. West was forced to close his Rockingham facility in March, which teaches students how to drive tractor-trailers and other large commercial vehicles. At the time, he had eight students. Since then, 20 more have reached out, wondering when they can start learning.

West says he's also received a number of requests from companies looking for a total of 40 capable drivers, but that his business completely relies on the DMV administering road tests and ultimately commercial vehicle licenses, though there are third-party CDL testers in Vermont. At this point he says he just wants to know if the state has a plan ready to put in place sometime soon.

"I need the information. I really need a two-week head start, so I can bring in my students and get them tuned up and give the 20 that are out there waiting to come at least some kind of a timeline on when they can get in here to get going," said West.

West says he wishes the state would allow in-person road tests for commercial drivers by DMV appointment, like in New Hampshire. Until he can get his students on the streets, the training facility is in limbo.

WCAX has reached out to the DMV multiple times for comment over the past three weeks. They have said the commissioner is working on a restart plan, but have not explained what that entails or when it will be implemented.