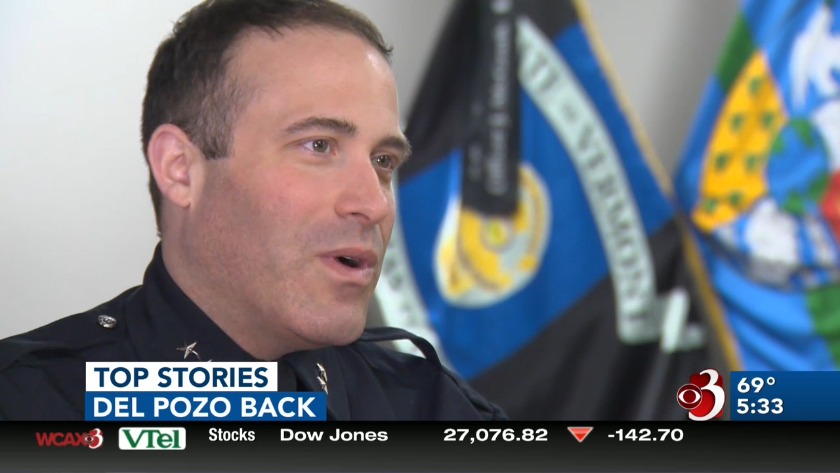 BURLINGTON, Vt. (AP) The police chief in Vermont's largest city is back on duty after being gone for over a month on family and medical leave.

The Burlington mayor's office announced Monday that Chief Brandon del Pozo had returned from the leave that began in early August.

No reason was given for del Pozo's leave.