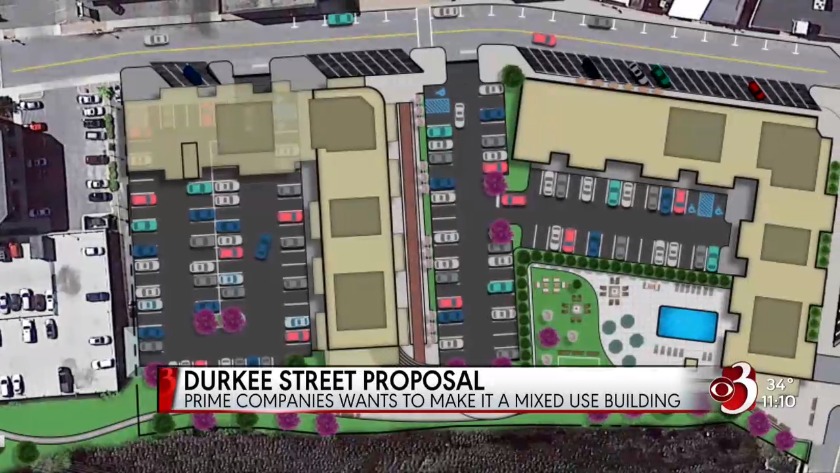 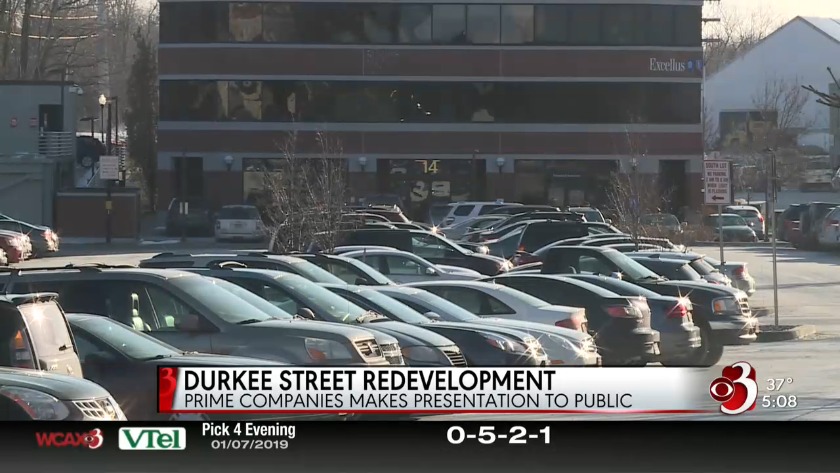 PLATTSBURGH, N.Y. (WCAX) It's a hot topic of debate -- the Durkee Street Parking lot in the city of Plattsburgh.

A developer from Prime Companies in Cohoes, New York, held a meeting Tuesday night open to the public discussing their proposal for the lot.

It was a packed house with community members getting their questions answered. Prime companies emphasized that this is just in the beginning stages and there is nothing set in stone. They say they are very excited about what Plattsburgh has to offer.

"One thing that really attracted us to this sight was we like waterfront development," said Todd Curley from Prime Companies.

Prime is known for their waterfront and mixed-used developments have an idea to spruce up Plattsburgh.

According to their proposal, they plan to build two buildings, home to 127 market rate apartments. This would free over 300 square feet of commercial space. Prime hopes they will house local restaurants, business, rooftop amenities for those in the apartments and they hope to grow the local farmers market.

"[I] really like the farmers market being included right where it is now," said Ward 6 Councilor Jeff Moore. "So I know that is very popular in the summertime and maybe it could develop into something year-round."

Community members asked about what this would mean for taxes and green space but most had questions regarding parking. It has been a debate in the city since the redevelopment was first announced.

The site will have parking, but there will be spots that will be considered "private parking" for those using the mixed-use building.

It's estimated there will be about 67 spaces on the street. The idea of underground parking was also brought up.

"Parking is a big issue because if you want people to come downtown, they have to have somewhere they can park, right?" Moore said. "I think some of those things are being addressed now."

It's up to the Common Council to decide what will happen with that lot.

"I'm very excited, I didn't realize it was going to be so residential," Moore said. "That's great! It will bring people down to the city, it doesn't look like it would compete with any of the businesses down there now so it would be a win-win for everyone."

If the plan passes, Prime Companies hope the construction will take 18-20 months.