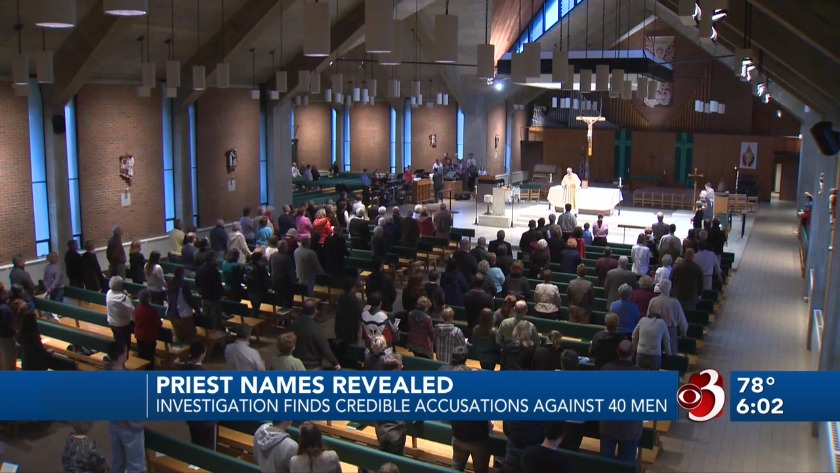 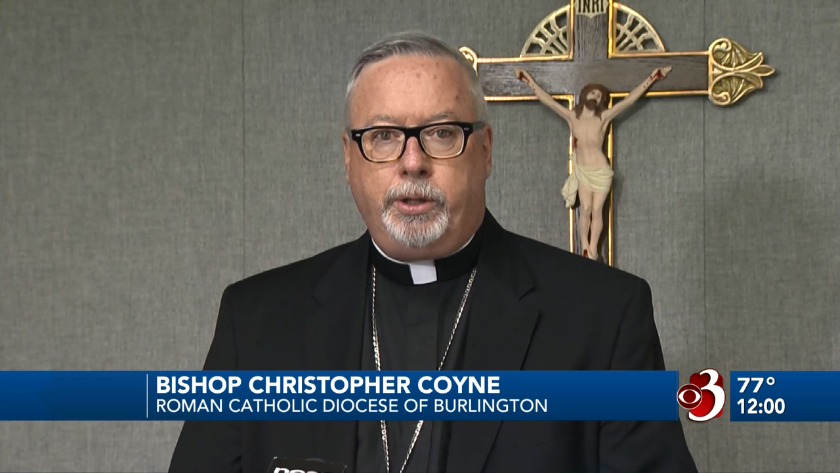 BURLINGTON, Vt. (WCAX) We are learning more about a report accusing 40 priests in the Burlington Catholic Diocese of sexually abusing kids. Their names were made public Thursday after a 10-month independent investigation.

WCAX News first told you about the report and its contents Wednesday. Now, our Dom Amato has new details about how we got here and what's next.

Bishop Christopher Coyne says after the committee's hundreds of hours of work going through thousands of documents, this is still a work in progress. They hope making the names public will help other survivors come forward.

"These sins of the past continue to haunt us," Coyne said. "These shameful, sinful, criminal acts have been our family secret for generations."

A family secret kept quiet for decades with more possible allegations to come.

"It does not do me or the diocese any favor whatsoever to obscure the truth about these sins of the past," the bishop said.

A committee of seven laypeople, including a victim and a non-Catholic, reviewed 52 files flagged for possible abuse. WCAX News learned the committee then opened files on other priests, as well, after learning there could be other problem priests.

All but one of the acts occurred more than two decades ago. Forty priests were found to have credible allegations. As for the other 12...

"I'm not sure that we can ever say we have exonerated any of them," said Mike Donoghue, a member of the committee.

The list was given to the Vermont attorney general's office, though it appears the statute of limitations will not allow for criminal charges for the 13 men listed who are still alive.

Gov. Phil Scott weighed in on the report at his weekly press conference.

"This is certainly a black eye for our state and the dioceses," said Scott, R-Vermont.

I tried reaching out to many of the priests on the list who are still alive. But the numbers I found were either disconnected, not answered or the line was hung up after I identified myself.

Coyne admits the newly revealed list could open the church to more lawsuits. So far, about 50 have been settled with the church paying out $31.5 million. Six cases are still pending.

However, the bishop says the church is running out of money.

"There's no more insurance," he said. "We have very little unrestricted funds."

Bishop Christopher Coyne says they have nothing left to hide and they urge any other victims to come forward.

"To the victim-survivors of clergy sexual abuse, I apologize once again. Many of you, it will be a relief to see this list finally being published. However, for others, seeing the names in print may be a cause for a fresh wound or trauma," the bishop said.

If you would like to report a form of abuse, the diocese says to reach out. You can call any of these numbers to make a report:

The list of names has been given to the Vermont attorney general's office. It is unclear at this time if any criminal charges will be filed.

Another investigation continues separate from the independent review of problem priests at the diocese. This involves other abuse allegations at the former St. Joseph's Orphanage in Burlington.

We told you that a task forced was launched just about a year ago into claims of murder and abuse. The attorney general's office says the criminal investigation is active and ongoing. They say dozens of victims have come forward alleging criminal misconduct.

No word on when that report will be released but officials say it will be made public.

Victims or anyone with knowledge of what they believe may be criminal misconduct at St. Joseph's Orphanage or elsewhere in Vermont are encouraged to contact the Burlington City Police Department's phone line at 802-658-2704 or to complete an intake form available on the Department's webpage.