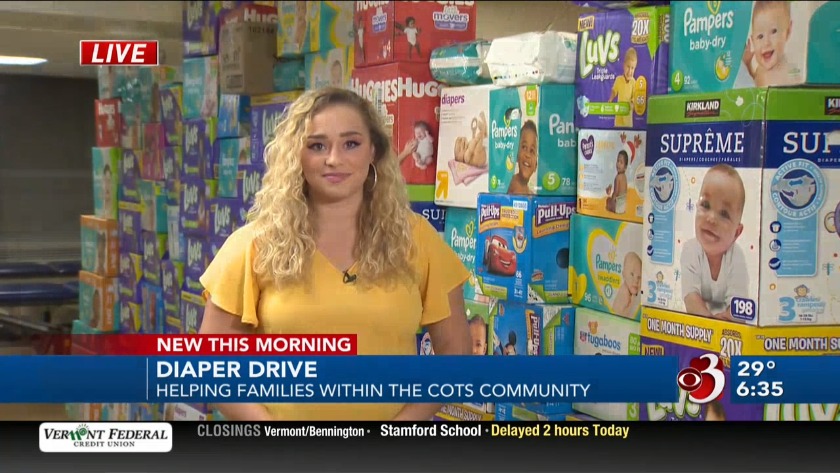 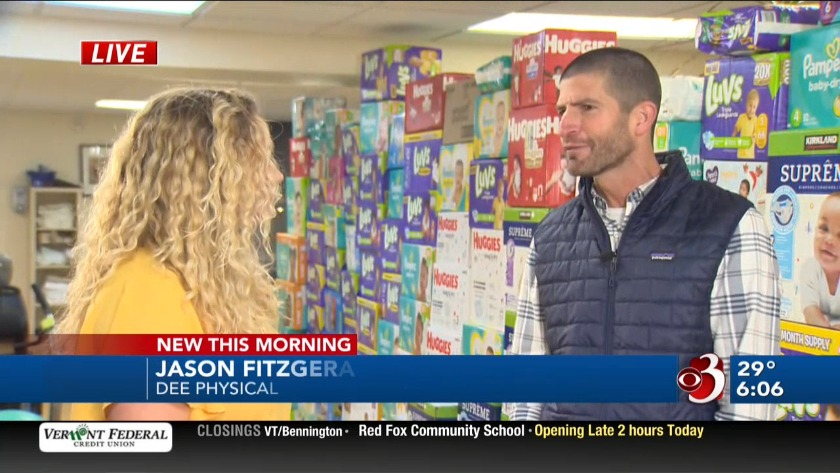 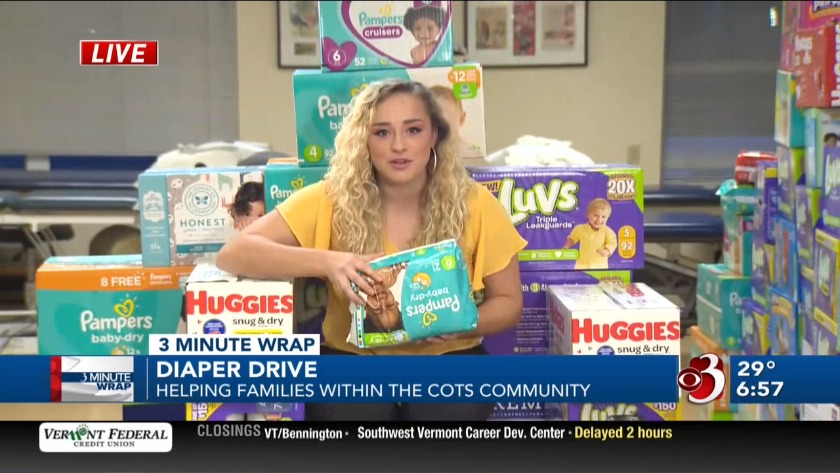 Throne of diapers at local drive

SOUTH BURLINGTON, Vt. (WCAX) There are many places you can give to on Giving Tuesday, including a diaper drive at Dee Physical Therapy.

The drive was started by father Jason Fitzgerald 12 years ago.

"My kids always make fun of me 'cause they always say, 'Ah dad you're the diaper guy! Couldn't you have come up with something cooler?' I think the older they get, they realize the importance of something simple like diapers," said Fitzgerald.

He says a family can spend on average around $50 to $60 a week on diapers. That, in the long run, can turn out to be a substantial amount of money -- money that could be spent on heat, food and affordable housing.

Fitzgerald says the drive is so successful because the community has rallied around the cause.

"I just understand being single, being a one-income family and trying to support one baby, let alone two," said Aileen Provost of the North Country Federal Credit Union.

It's become so successful, each family who needs diapers in the COTS community gets enough for an entire year-- about 750,000 diapers.

"You have your food, your clothing and your shelter, and so the clothing part -- this is part of a baby's clothing," said Deb Rorris of the North Country Federal Credit Union.

"This is amazing because Jason is not staff. This is all volunteer," said Becky Holt with COTS.

And Holt says each one of those contributions counts.

"The vast majority of people who experience homelessness, if they're a child, are under the age of 5. So, by and large, of those 700 children, a large percentage of them is going to be kids under 5 who need diapers. Children are often the unseen face of homelessness, so this drive not only helps them, it also helps them be seen," said Holt.

Fitzgerald says it's one small piece of a bigger picture that he feels they've been able to take care of.

The drive takes place until Dec. 23. Diapers can be dropped off at any of Dee Physical Therapy's locations.