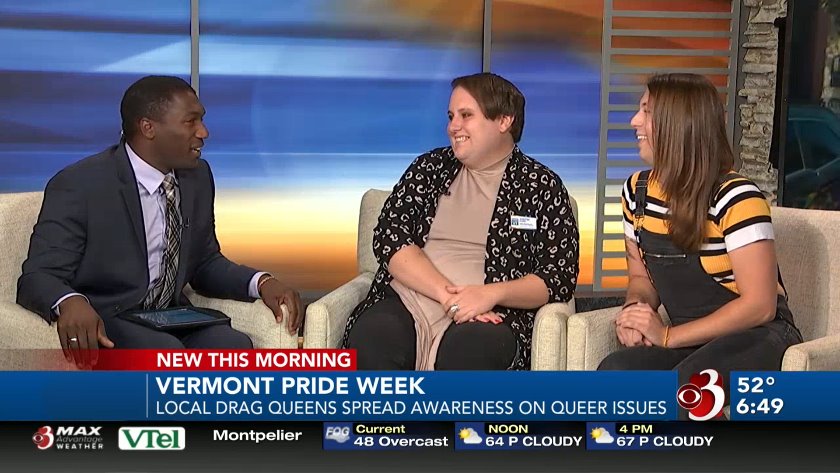 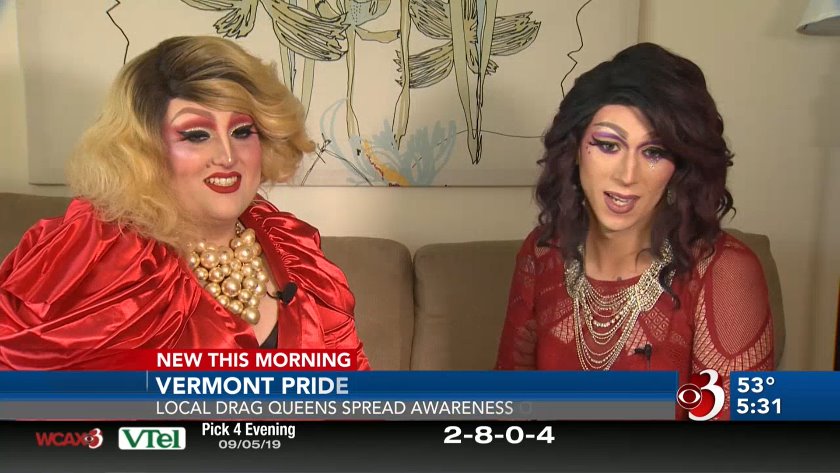 BURLINGTON, Vt. (WCAX) Vermont Pride continues throughout the weekend, ending with a big parade on Sunday at noon.

For many in the LGBTQ plus community, it's a time to celebrate. Local drag queens Nikki Champagne and Emoji Nightmare spread awareness on queer issues year-round.

They say drag is an exploration of gender identity through art and that the transformation from "naked mole rat realness" to a fabulous queen can take about an hour. The make up phase is the longest part, but one of the most important for the gender bending transformation.

"The look that we are going for is SPF, standard pretty face, as easy as we can get it," said Nikki.

But their role as drag queens in the community is deeper than being a pretty face. They says they use their platform for visibility of queer culture. "Drag has a lot of roots in activism, which we really try to maintain in the Burlington scene," said Nikki.

Nikki and Emoji can be seen hosting fundraisers and supporting queer youth not only in Chittenden Country, but all over the state.

Once the make up is complete, these two queens walk out in glam. "We are here, we are ready," said Emoji.

And they want the community to know queer culture in Vermont is thriving. "I think we are growing in visibility and our ability to be in various parts of the state and show up authentically," said Nikki.

It's not all rainbows, which is why Pride Week is important to them and the queer community. When they aren't in drag, they work at the Pride Center of Vermont. They say through their Safe Space program they are seeing hate and bias crimes are increasing for LGBTQ individuals in the state of Vermont.

"It's not just us doing this to seek attention, it's another form of us to get activism across to people," said Emoji.

"So what it means is that we still need to fight for our right to exist and be visible," said Nikki.

Seventy groups are marching in the parade Sunday and 2,000 people are expected downtown.