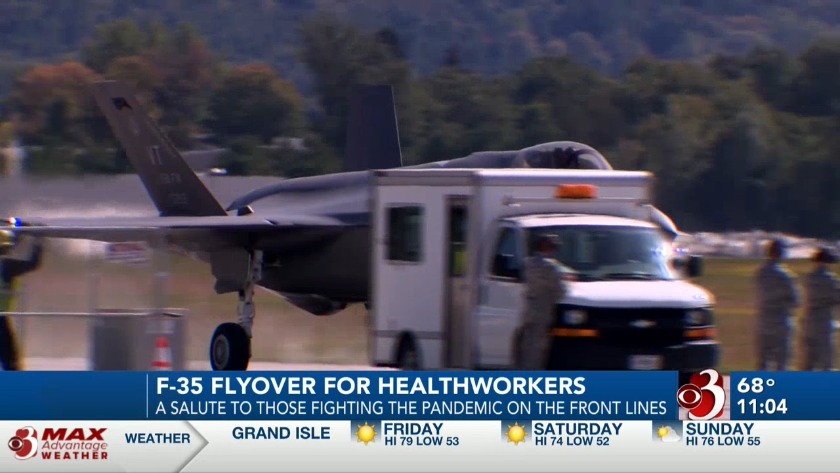 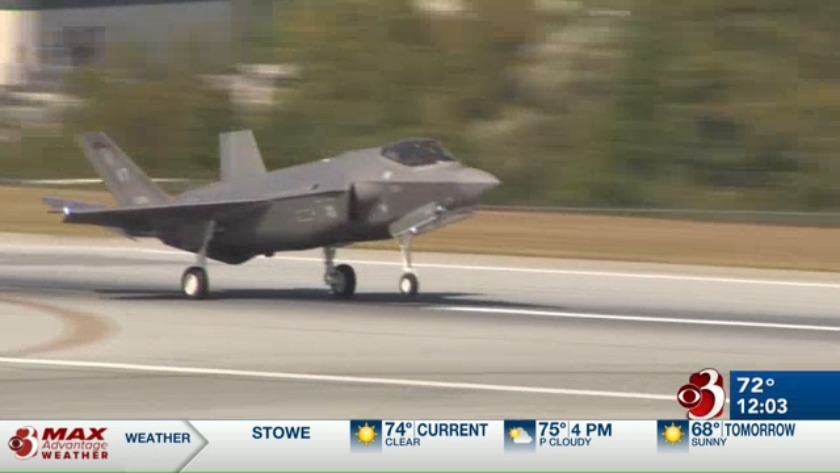 SOUTH BURLINGTON, Vt. (WCAX) The Vermont Air National Guard will be doing an F-35 flyover across the state on Friday to honor Vermont's front-line COVID-19 responders and essential workers.

"Our health care professionals, emergency responders, and essential workers have served on the frontlines of this pandemic, putting the health and safety of their neighbors above their own and I cannot thank them enough for their commitment and service," Gov. Phil Scott, R-Vermont, said in a statement. "They've worked long, hard hours and given so much throughout this once-in-a-century crisis. They are heroes to us all."

The jets will take off from the base in South Burlington at noon and the flyover will last 90 minutes across the state.

"On behalf of the Air Force and the Vermont Air National Guard, we are proud to recognize and pay tribute to our health care professionals, essential personnel, and first responders throughout Vermont," said Col. David Shevchik, the commander of the 158th Fighter Wing, in a statement. "This flyover is in honor of their professionalism, selfless service and commitment to our state and citizens when we need them most."

The flyover is part of Operation America Strong, an Air Force effort to salute health care workers across the country.

Capt. Scott Detweiler of the Vermont Air Guard says it's all about showing gratitude.

"And so it's just one small thing that we can do to honor those who've done so much for us," Detweiler said.

There have been a lot of mixed opinions regarding the F-35s and their appearance in Vermont, but we talked to a few locals in Burlington about Friday's flyover, and most said that it was a great idea for Vermont's health workers.

"I would love to hear somebody fly by my house so, what a great message that we can all send," Kim Brearley said.

"It takes a lot of time and energy for health workers to do it and they deserve some appreciation," Haley Walker said.

"Yes, they totally deserve that and it's a great gesture from the Air National Guard to do that," Jake Rubman said.

Click on the picture below for a look at the planned route.