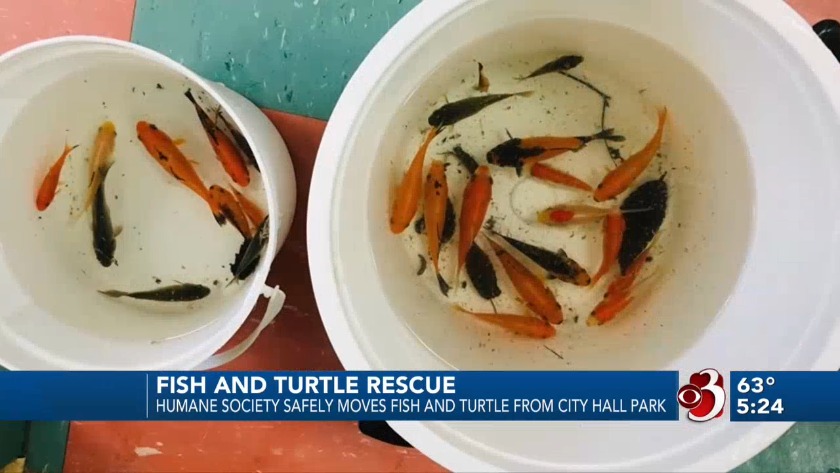 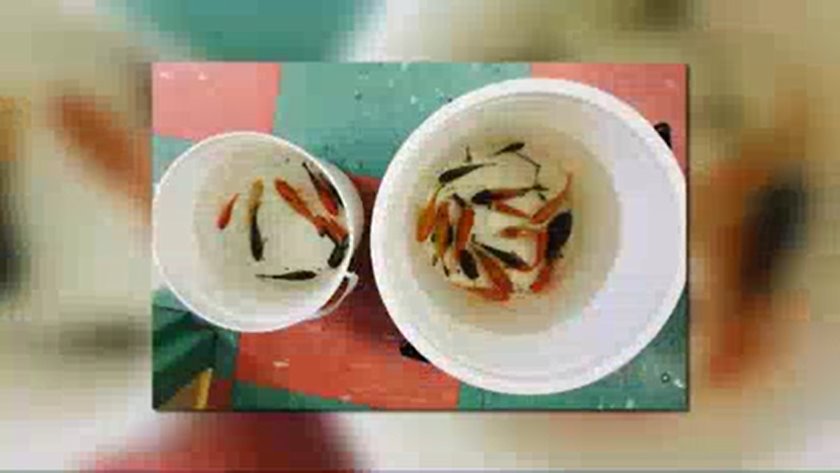 Fish and turtle rescued from City Hall Park in Burlington

BURLINGTON, Vt. (WCAX) An unusual animal rescue in the Queen City. The Humane Society of Chittenden County says it received a call Saturday about several fish and a turtle living in Burlington's City Hall Park fountain.

The organization's humane investigator worked with Burlington Parks and Rec to safely remove them Thursday morning.

Employees say the turtle had some shell rot because it didn't have access to dry land, but once it's fully rehabilitated, the turtle and its goldfish companions will be up for adoption through the Humane Society.

"The reason why the person called us concerned about the fountain was not just because there was wildlife in it, but the fountain's actually scheduled to be taken down in a few weeks and remodeled, so it's not going to be around and people were really concerned that the fish and the turtle had nowhere to go," said Triana Kozak of the Humane Society of Chittenden County.

So how did the animals get in the fountain? Some homeless people in the area told WCAX News they were the ones who bought the turtle and fish put them in the fountain a few months ago. The idea was that the animals would prevent the city from tearing it down.

The city drained the fountain so it doesn't happen again.