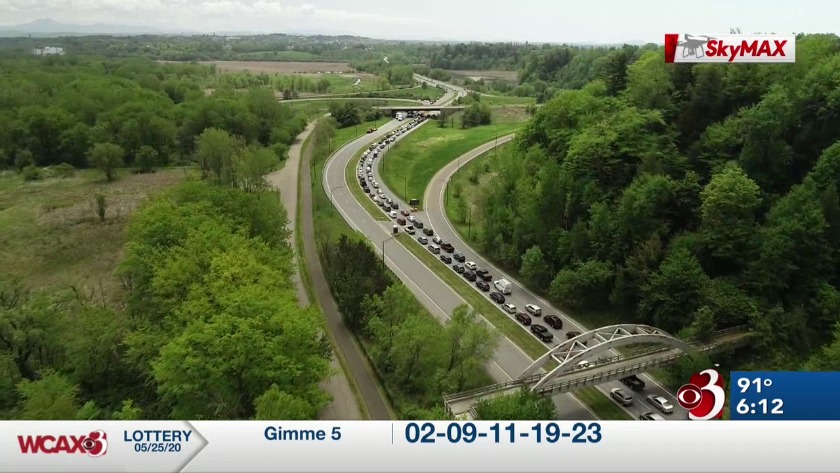 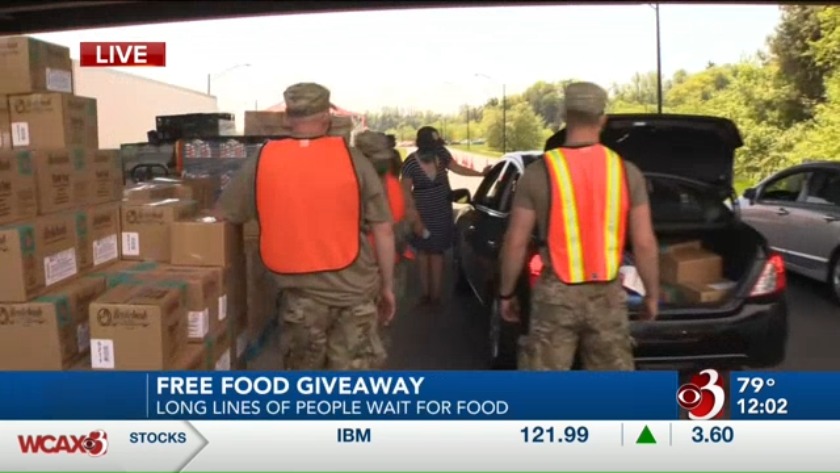 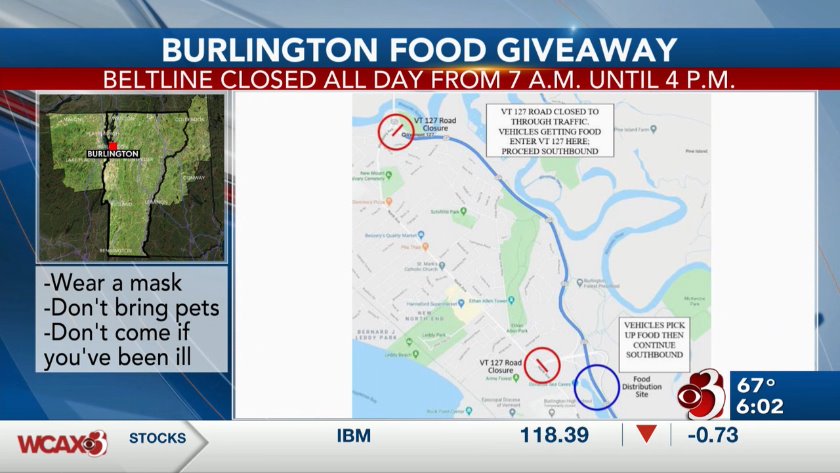 BURLINGTON, Vt. (WCAX) There were traffic delays and food giveaways as hundreds showed up in the Queen City for the latest in a series of well-attended food pickups put on by the Vermont Foodbank and the National Guard.

Route 127 in Burlington is normally filled with commuter traffic going north and south, but on Tuesday it was reduced to one-lane and bumper-to-bumper traffic for the Farmers to Families Food Box Program.

"It's been such a blessing to see it around the state of Vermont and knowing that it came to Burlington is just a really a great blessing for my family," said Jess Tomkowicz of Burlington.

The program, paid for by a federal grant, is giving food to anyone who shows up. "It's helping my family. It's all I need," said Loreni Rossi of Burlington.

From above, lines of cars stretched along the Burlington Beltline waiting for Vermont Guard members to fill up trunks with perishable and non-perishable food. People we spoke with say they lined up hours before the start of the giveaway. "Number 164 at 8:30 a.m.," Rossi said.

"It's amazing to see the camaraderie of people and the wonderful conversations you strike up with people you never met before," Tomkowicz said.

To prevent the chaos seen at previous events, the Vermont Foodbank's Andrea Solazzo says they made some changes. "All the cars have a little number on them so we know how many people we are at," she said. There was also limit on how many families drivers could pick up for others. "We are limiting the number of families you can pick up for to three unless you're an agency."

Those in line were thankful for the help during this time of need. "This has been a huge help. We have relatives living with us because they have fallen on hard times," Tomkowicz said.