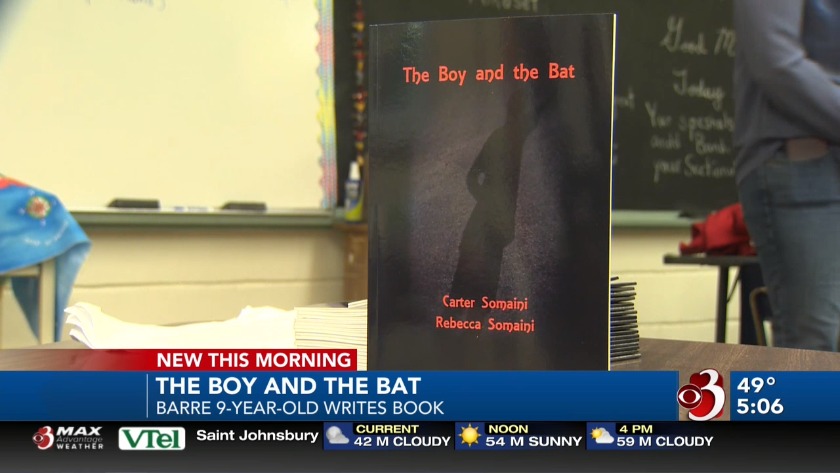 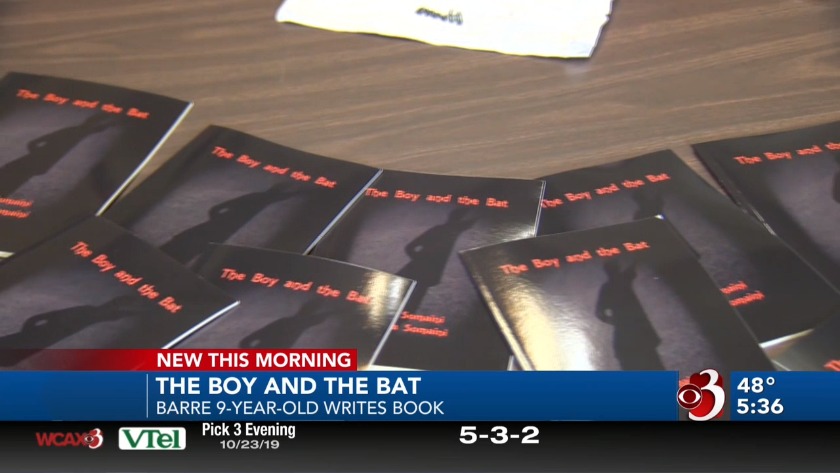 BARRE, Vt. (WCAX) A Barre fourth-grader has taken his insecurities about dyslexia and put them into words.

Carter Somaini, with the help of his mother, wrote the book, "The Boy and the Bat." It's about a boy named Bill with dyslexia who's nervous about reading in front of his classmates, something Carter and the character have in common.

"He was nervous to read in front of his class and he runs away from school," Carter said.

But through a series of adventures and a new friend, he's able to overcome his fear, proving that anything is possible and teaching his readers that they can do anything.

Carter's mom, Rebecca Somaini, says the self-published story is personal because having a son with dyslexia can be isolating, but that it shouldn't be. She wants it to be used as a resource to give kids and parents hope that they are not alone.

The authors say you can expect a story with lots of imagination, and there's one other thing to keep you entertained. Carter says his favorite part was when his brother was singing in the shower.

The mother and son duo want to get in touch with an illustrator and work on sequels. Carter says he's already working on his next book, "The Boy and the Bat -- Dino Death."