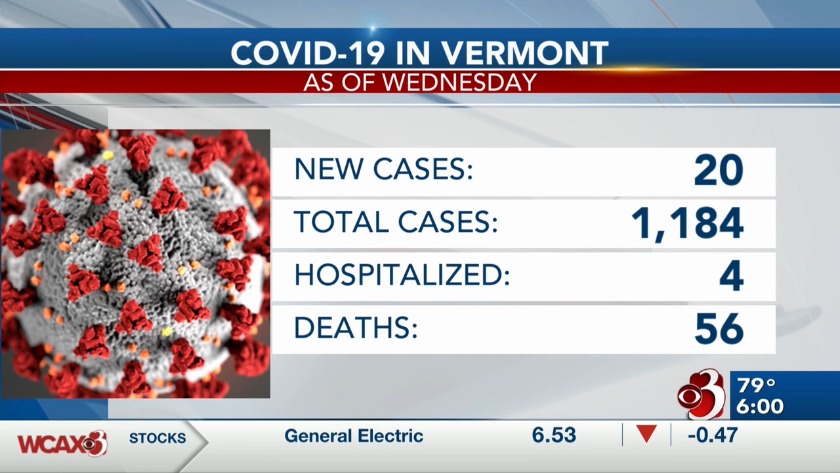 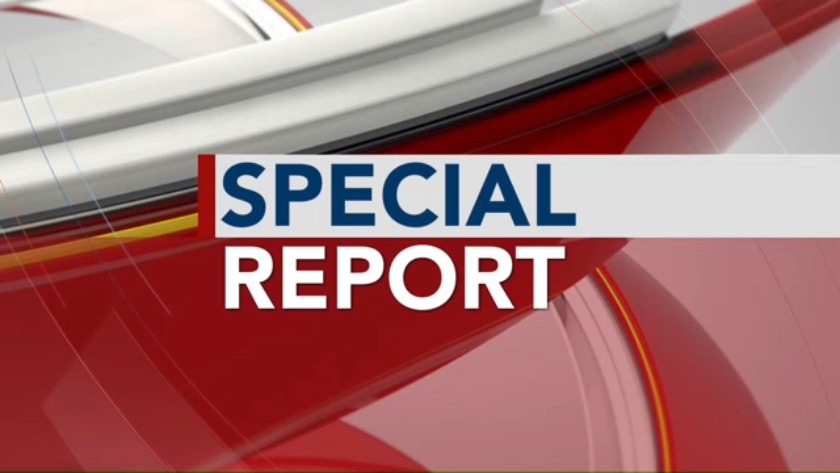 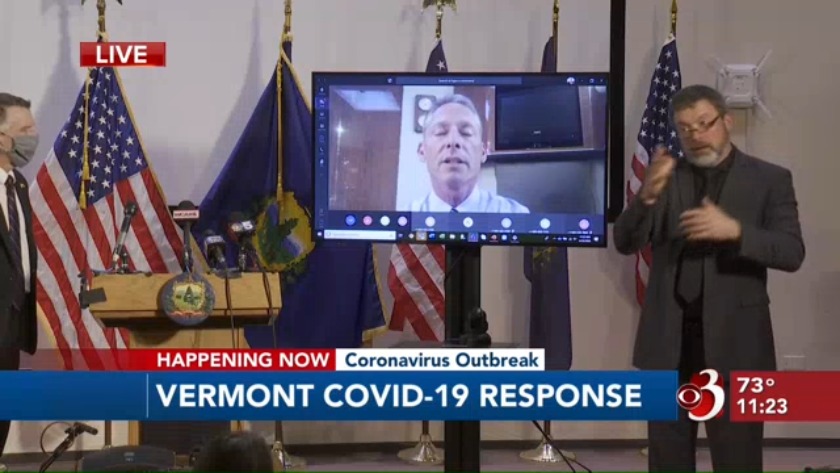 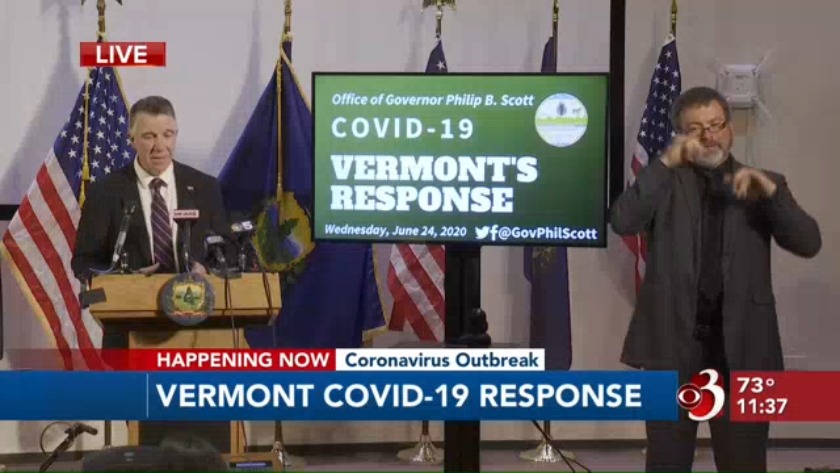 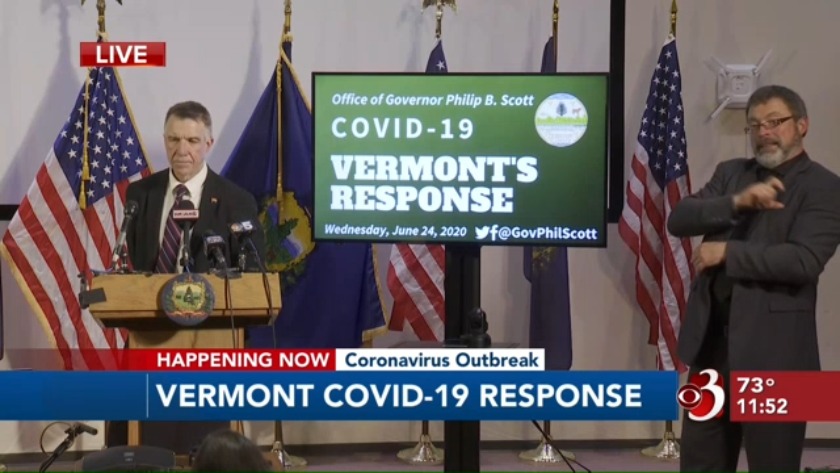 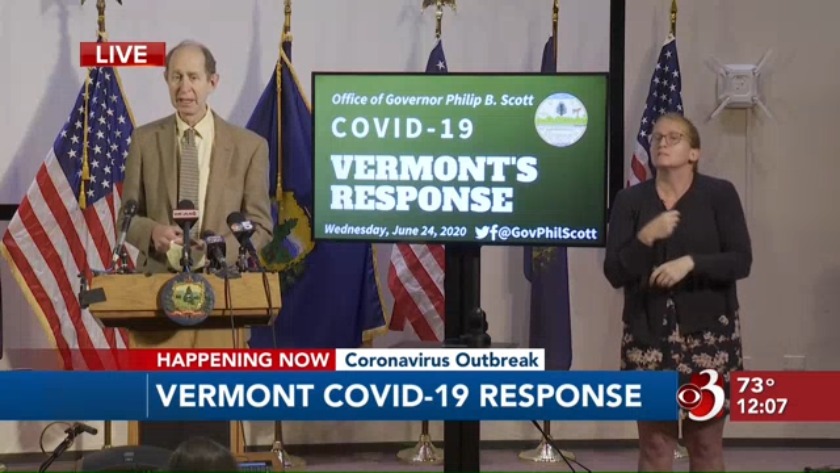 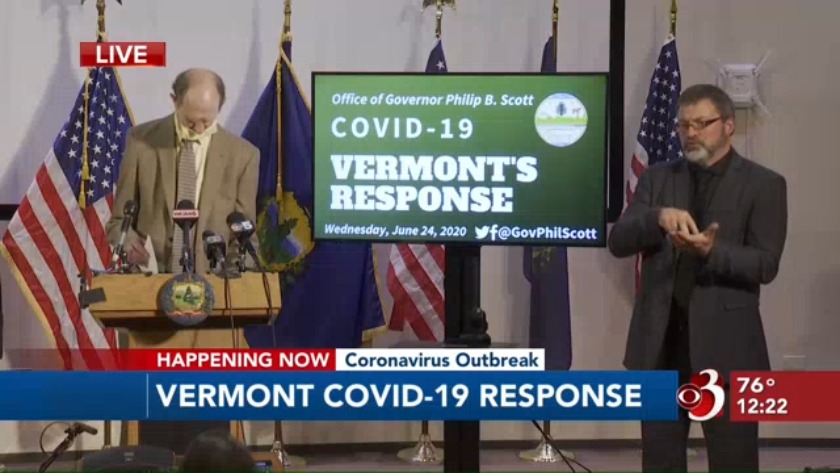 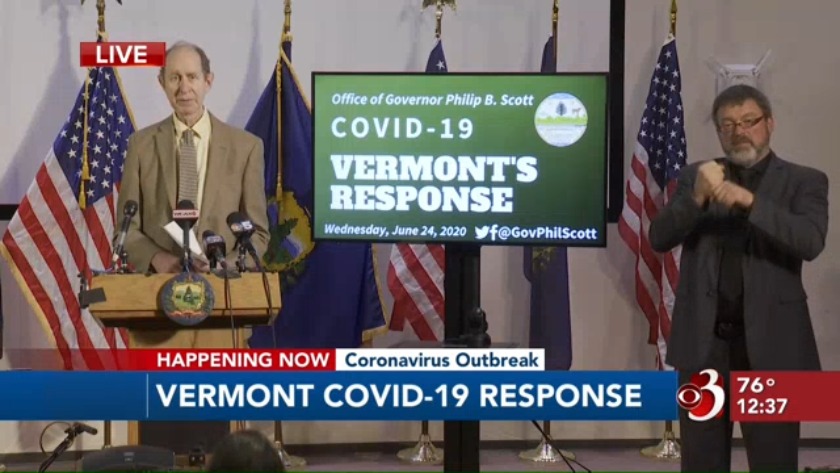 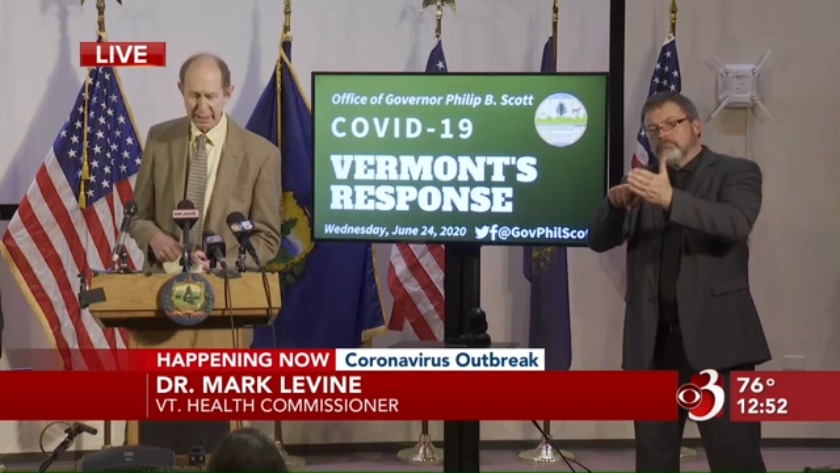 MONTPELIER, Vt. (WCAX) Vermont health officials Wednesday said COVID-19 clusters in the city of Winooski, and in Windham and Rutland Counties appear to be boxed in and the state remains on track for further reopening announcements Friday.

As of Wednesday, Vermont health officials reported a total of 1,184 coronavirus cases with 20 new cases. The total of deaths remains at 56.

Twelve people now infected at a business in Fair Haven, but Vt. Health Commissioner Dr. Mark Levine won't say which one, saying it's different than when the state chooses to release the names of other places where COVID cases are found, like long-term care homes or correctional centers.

"In this case though, it would be very highly identifying and injurious to the population and not respectful of requirements that we have to follow for not disclosing information," Levine said.

But he says they don't think the town at large should be worried because it's not the type of business where people would be shopping at or visiting. Levine says he's not sure if it's still open and that there's nothing to suggest they were not following health protocols. More employees are being tested there and the state is offering testing to the community as well. The police department says there's a pop-up site this Saturday.

In the Windham County cluster, no new cases were reported outside the one family involved, but testing in Brattleboro will also continue.

Levine says the state now has a handle on the Winooski outbreak that's up to 114 cases. Despite these outbreaks, the percentage of positive tests coming back overall remains below 2-percent.

Three more inmates have tested positive at three different prisons. One at Northwest, one at Chittenden and one at Marble Valley. All were new intakes, so now the state is looking to change the intake process to concentrate on 14-day quarantining in one or two facilities with multiple day testing. The state now plans to test all inmates and staff at one facility per week. "Our greatest threat right now are new intakes coming in," Vt. Agency of Human Services Secretary Mike Smith said.