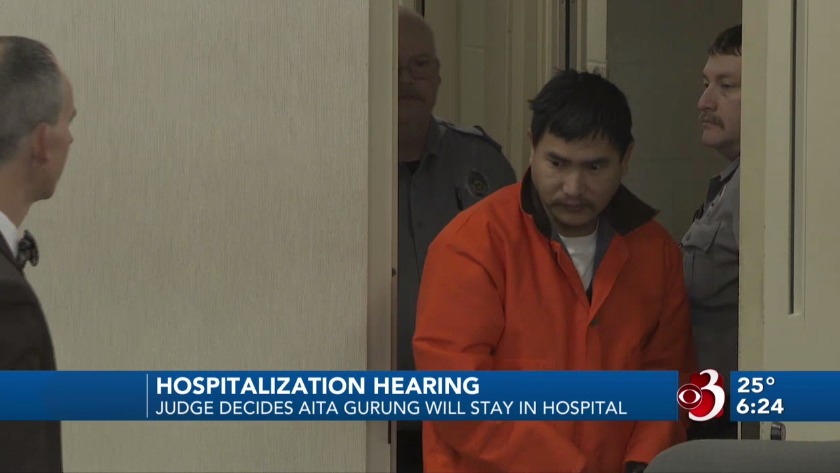 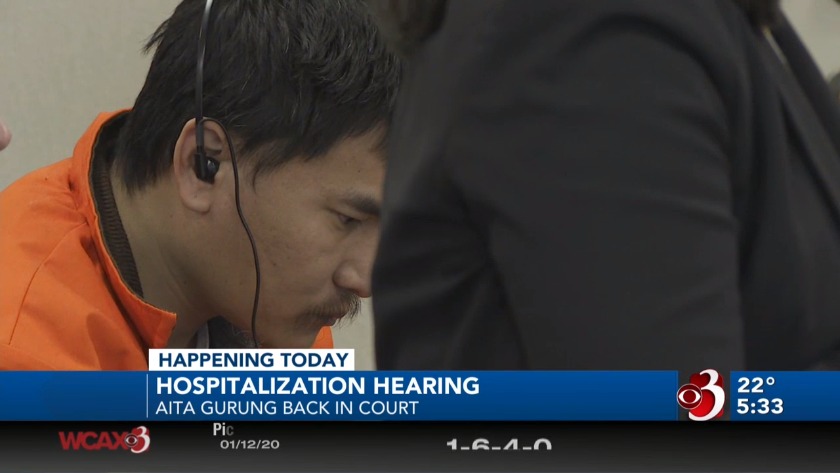 BURLINGTON, Vt. (WCAX) A Burlington man accused of attacking and killing his wife with a meat cleaver in 2017 will be committed to a mental health hospital for up to 90 days.

That's what a judge decided at a mental health hearing Monday for Aita Gurung. In 60 days, he will be reassessed to see if he is competent to stand trial.

Charges against Gurung were originally dropped but recently refiled by the Vermont Attorney General's Office.

Earlier this month, a judge found Gurung not competent to stand trial. However, criminal charges against him still remain.