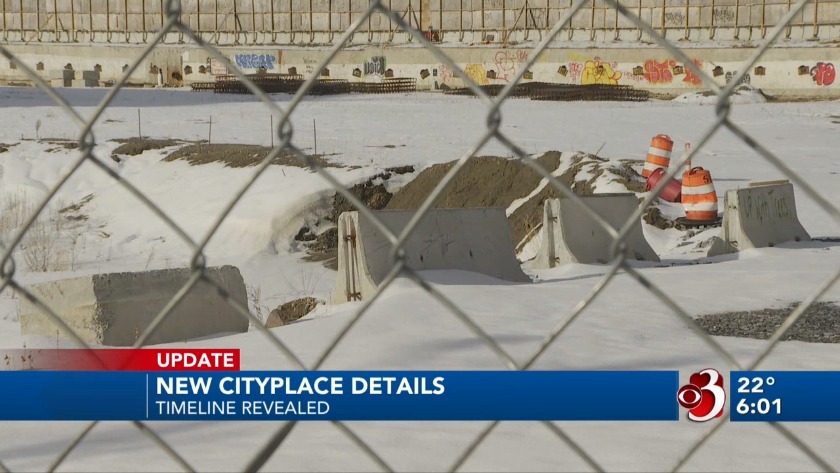 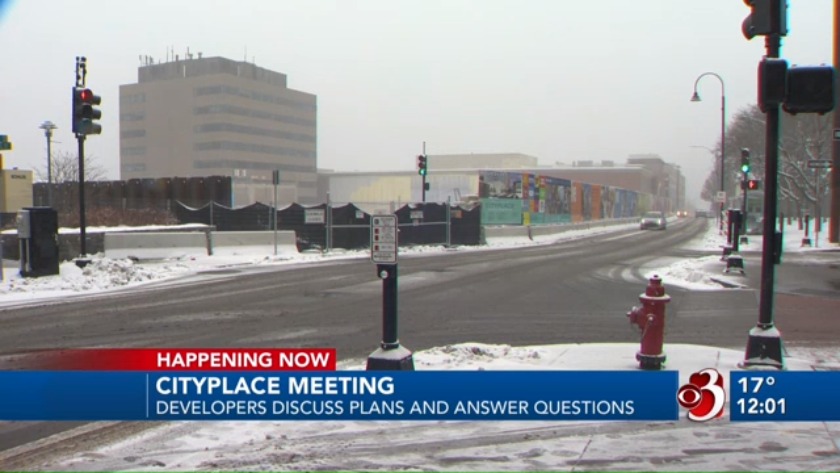 Developers to present revised CityPlace plans to the public

BURLINGTON, Vt. (WCAX) The developers of the multi-million dollar CityPlace provided an update and answered questions from the public Thursday about the future of the long-delayed project in the center of downtown Burlington.

After over a year of delays and a gaping pit in the heart of Burlington, officials say CityPlace is now slated to open by late 2022 or early 2023. A crowd of over 100 packed Burlington City Hall wondering what's next with the mixed-use project.

The scaled back plans bring the building from 14 stories -- as originally planned -- down to 10. There will be 357 market rate housing units with 72 of them designated as affordable. A 196-room hotel will also be built. The size of the overall building was reduced around 25%, and it all will include 550 parking spaces and 297 bike parking spaces. The number of retail space has also dropped by about half and they will only be located on the ground level.

"What is constructable, what is correct for the market, we really think, is the most important part of the project. What can be built? said Aanen Olsen with Brookfield Properties.

Officials say due to city and state permitting, they won't be able to break ground on the estimated $200 million project until late summer or early fall this year.

Another question on everyone's minds is how is the project being funded? "Every kind of financing is being explored right now," Olsen said. He says they have some plans but nothing has been signed.

Business owners say the new project will bring some much needed foot traffic to the city. "We want to see Brookfield be successful," said Rick Sharp with Burlington Segways.

Current plans call for a storm water collection system which will filter water and send it to city facilities. There will also be solar panels on the roof and 10% of the surface will be a dedicated "green roof." Some in attendance wanted the plans to be more environmentally friendly.

"What is all this baloney, 'Oh were only doing 10% greenery,'" said Ann Taylor of Burlington.

After the first $220 million plan failed, residents like Alexander Lavin want to ensure the developers hear their concerns. "We are so stubborn, we are so implacably bent on making the right things happen that we will fight any aspect of this process that is out of step with Burlington and Vermont values," Lavin said.

Thursday's meeting only focused on the major construction where the former mall was torn down. Developers say they will have more public meetings in the future to address the former Macy's building, which they will re-purpose for office space.

UVM Medical Center, which was expected to lease a large portion of the office space under the previous plan, said in a statement Thursday that they are still discussing a potential lease for the former Macy's building.

Just a reminder that the CityPlace developer’s technical team will hold informational sessions tomorrow on Thursday, January 30, at 12pm and 7pm at Contois Auditorium in City Hall, open to the public. You can find more info on CEDO’s website at https://t.co/4OXEq5NUvv