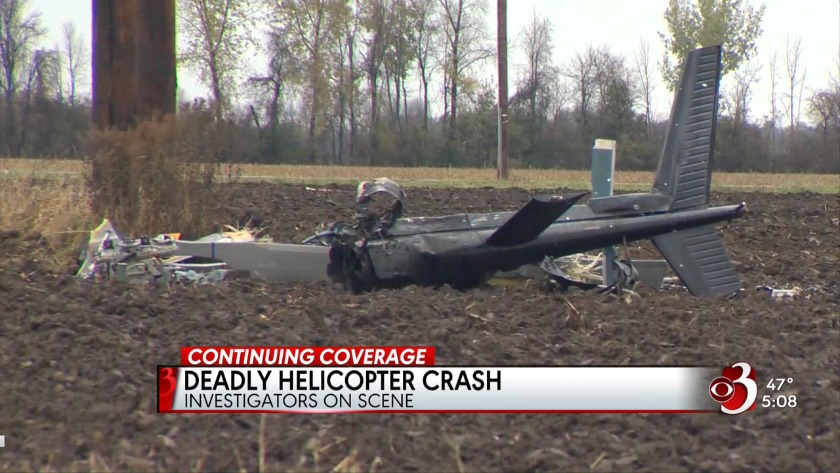 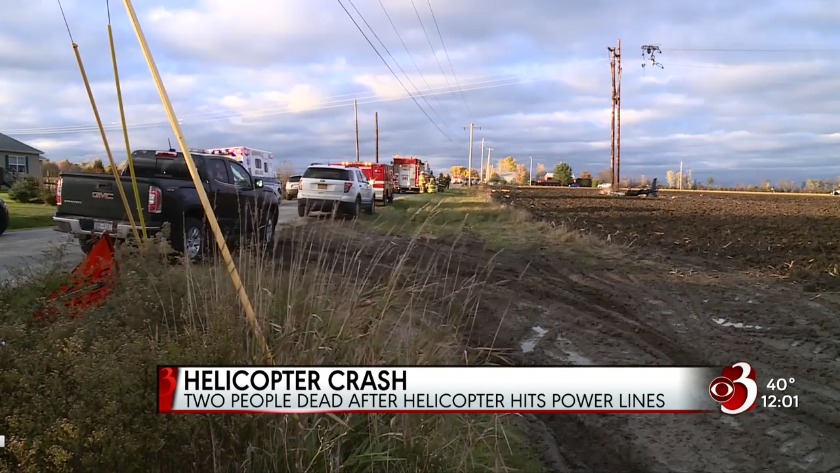 Pilot Robert Hoban Jr., 56, of Shamang, New Jersey, and passenger Jeremy Kearns, 30, of Massena, New York, died in the crash. The two other men on board, Benjamin McAllister, 30, of Hopkinton, New York, and Scott Fabia, 34, of Hyde Park, New York were treated and released from the hospital Wednesday.

Our Dom Amato spoke with the National Transportation Safety Board investigator. She spent most of the day examining the aircraft, which still sits in the field where it went down.

Neighbors said Tuesday's crash was a scene they never want to relive.

"I've never seen nothing like that in real life," said Cruz Robinson of Beekmantown.

Robinson says it was a shocking scene when the helicopter, contracted by the New York Power Authority to do routine work on power lines, crashed to the ground.

"Next thing I saw was a man jumping out, and then within a matter of seconds, it blew up again," said Darlene O'Connor of Beekmantown.

O'Connor lives just next door to the field where the helicopter landed. She watched the scene unfold, wondering if there would be any survivors.

"It was very traumatic," O'Connor said.

An investigator with the NTSB looked over the scene Wednesday to try to figure out what went wrong. She says there's not much information on what caused the crash but she hopes to have answers soon.

"We're very much just gathering information. Hopefully, over the next couple of days we'll have a better idea of what we're dealing with," said Leah Read of the NTSB.

Officials say the helicopter was flying low at between 65- and 80-feet from the ground.

Neighbors say it's not uncommon to hear and see helicopters but say this one was flying lower than normal.

"I just hope I never have to see anything like that again," O'Connor said.

Read says an investigation can take up to 6 to 9 months. But she says the NTSB will issue a preliminary report sometime next week.