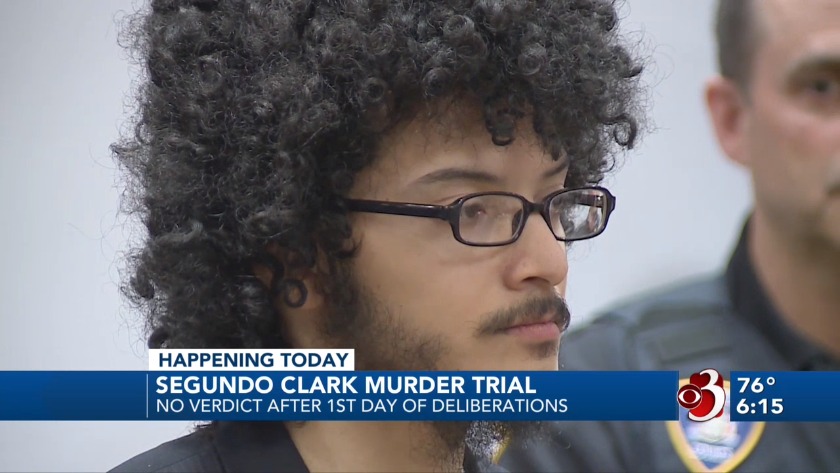 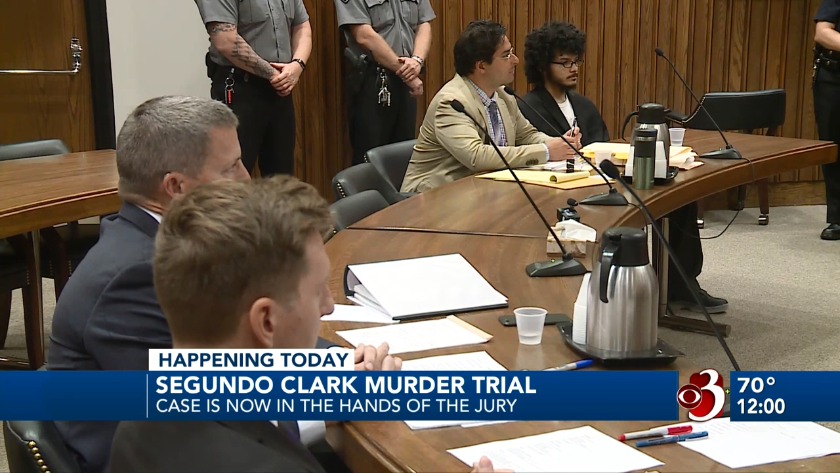 PLATTSBURGH, N.Y. (WCAX) Jurors did not reach a verdict on their first day of deliberations in the Gustavo Segundo-Clark murder case.

The 25-year-old West Chazy, New York, man is accused of killing his grandmother, Ginger Clark, 73, at her home last Thanksgiving with a kitchen knife.

But after deliberating all afternoon, the jury did not yet reach a verdict and they were sent home for the night.

Our Kelly O'Brien was first on the scene the day of the murder and has been following the trial since it started. She was in court Wednesday for closing arguments and has an update.

In the opening statements, the prosecution compared their case to a puzzle. They outlined how they would show a timeline of the days leading up to and following the murder.

We didn't hear much from the defense during the trial, but Wednesday morning, they made their closing arguments and said there are holes in the prosecution's case.

"To my belief, there are missing pieces of the puzzle," defense lawyer Joseph Mucia said. "You all have no choice but to render a verdict of not guilty."

In his closing arguments, Mucia hit on missing pieces from the puzzle, like the lack of DNA linked to Segundo-Clark and that there was no DNA found on the knife. He also pointed out inconsistencies between witness testimonies and pointed to a lack of blood on the landline phone Segundo-Clark is accused of using after the murder.

"I think it could be inferred that there should be some fingerprints of blood on that landline," Mucia argued.

And while Segundo-Clark's story changed repeatedly during interrogation, one part stayed the same.

"I think one thing that remains consistent-- he never stated that he killed his grandmother. He never said that," Mucia said.

"You have to ask yourself, why would a person simply come out and admit to killing somebody?" argued Jeffrey Stitt, the Clinton County assistant district attorney.

The prosecution said the defense and prosecution are clearly looking at two different puzzles. Stitt reminded the jury of all of the physical evidence linking Segundo-Clark to the murder.

The prosecution recounted the events of Nov. 20, reciting points from the trial like Segundo-Clark's visits to counseling, wanting to leave his aunt's house and fighting with his grandmother about his drinking.

"That is where we start to see the defendant's motive build," Stitt said.

Stitt focused on how the case presented Segundo-Clark's behavior changing because those around him were nagging him. He played a voicemail left by Ginger Clark to Segundo-Clark's counselor the day of the murder. She is heard saying, "I can't take care of him anymore. Please call."

The prosecution says the motive was festered inside Segundo-Clark.

In a recording of an interrogation, Segundo-Clark is heard saying, "I'm tired of her telling me I can't use drugs."

"Ginger Clark was a problem for the defendant even when she was trying to help," Stitt told jurors.

The jury wrapped up deliberations Wednesday without a verdict. They will be back Thursday morning at 9:30 a.m.