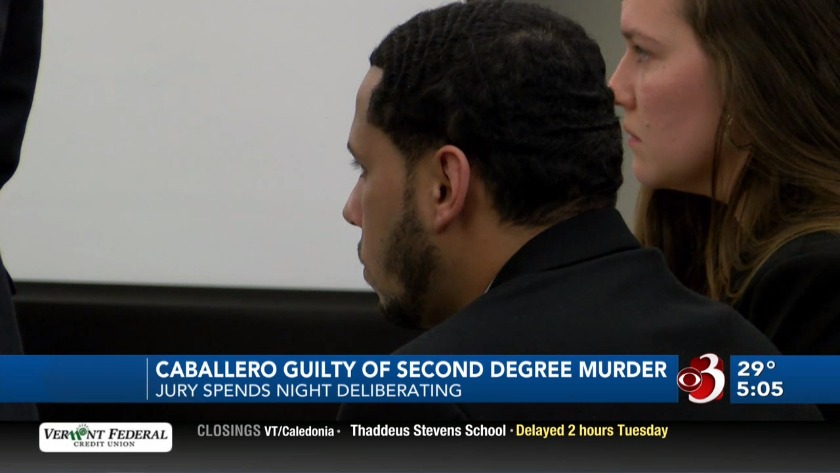 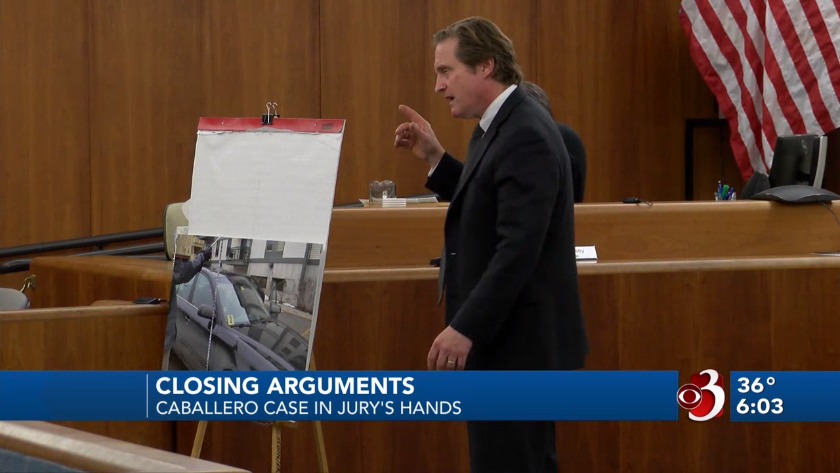 There was no comment made after the quick verdict in the weeklong trial, but Attorney General T.J. Donovan said in a statement that he agrees with the jury's findings.

Earlier in the day In front of a packed courtroom, the prosecution during closing arguments reviewed the case to the jury, going back over in detail the interviews and surveillance video that they earlier presented showing how Caballero could be accountable for first-degree murder. They specifically pointed out that the shooting was intentional and that Caballero did not act in self-defense.

The defense, which never called a witness, used the state's evidence against them. They did admit that Caballero shot the gun but said he only meant to scare the victim and the death was an accident when the bullet was deflected. They said it was involuntary manslaughter, not murder.

"He drove to the victim's apartment, positioned his car so he could quickly escape, he ambushes the victim, firing a shot at the victim within seconds of the victim stopping his car," Vermont Assistant Attorney General John Waszak said.

"Because if he is out of the vehicle and someone fires over at a downward trajectory, they are firing away from him, number one. Number two, there is no possible way that bullet hole is made regardless of the position of the shooter and Mr. Austin is struck outside the door unless there was bullet deflection," defense lawyer Daniel Sedon said.

No one who was inside the courtroom Monday night made themselves available for comment.