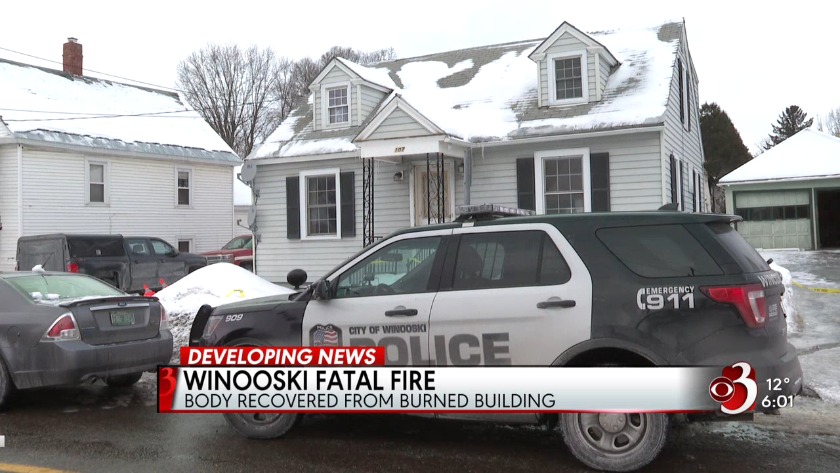 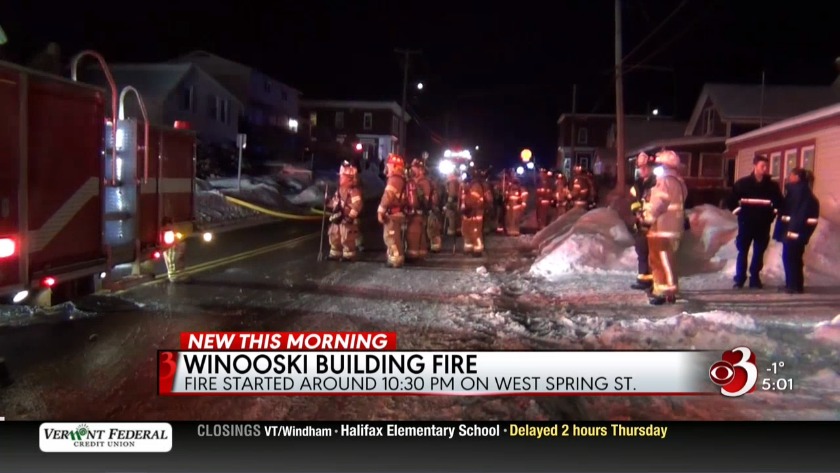 Our Christina Guessferd is putting together information on who the victim was and why he was inside the storage unit that caught fire. She learned he was a man seeking shelter to escape these harsh winter elements.

"We knew we had homeless people staying here in the past, and we did our best to try and keep it from happening, but apparently it did happen this time," Ricky Leclair said.

When Leclair got the call at 1 a.m. Thursday that the property he maintains at 107 West Spring Street was destroyed in a fire, he was devastated but not surprised.

"I kind of had a gut feeling through the night and stuff like that because we knew that they were hanging out here... and yeah, a little bit disturbing. We didn't want anybody getting hurt," Leclair said.

Leclair says he knows the man who died and his family personally. He did not feel comfortable telling WCAX News how, but he did say the man was homeless, most likely seeking an escape from the bitter cold.

"Especially in this weather and stuff like that. They got to find someplace to stay," Leclair said.

The blaze that started Wednesday night kept several crews busy well into the early hours of Thursday. Firefighters say the flames were as tall as 20 feet. Because the fire was so intense, fire officials chose to wait until the morning to continue.

"You know, it's a renovated building, so difficult conditions. The snow cover didn't help, fences," Winooski Fire Chief John Audy said. "So it took a lot of manpower. That's why so many departments."

And that's why they didn't discover the body until Thursday morning. Officials could not confirm the victim of the fire was homeless or give any other details about the person because the investigation is still ongoing. But they do want to remind people that seeking shelter in vacant buildings is never safe.

"It's very important to seek resources and... don't be afraid to ask for help," Audy said.

If you do need help, Audy suggests reaching out to an organization like COTS or even your local officials. You can also call 211 to get more information on those services and which may be right for you.