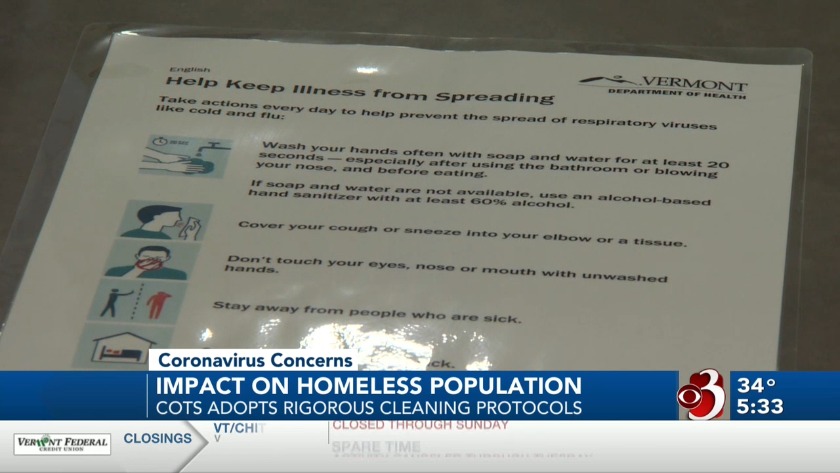 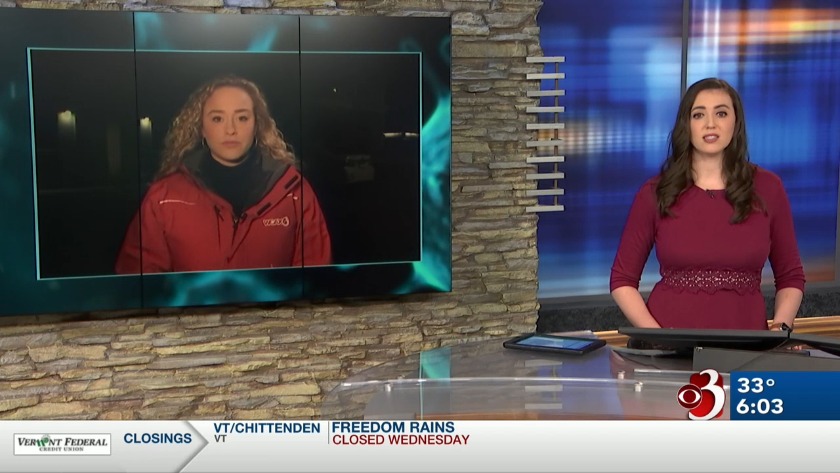 BURLINGTON, Vt. (WCAX) Local homeless shelters are taking extra precautions to make sure no one gets sick. They say they have no choice but to stay open and serve the public amid growing coronavirus concerns.

To keep the people coming to the Committee on Temporary Shelter or COTS, workers are adopting rigorous cleaning protocols. For example, they're wiping down all surfaces every hour and asking recipients to sit at least two chairs apart.

Usually, many homeless individuals pass time during colder days at local libraries or the Turning Point Center in Burlington. But as those safe havens close, COTS leaders say the day-station and overnight shelters are their last and only option.

"The reality is, if we put in place only 50 people can come, then where would the other 30 go? There's not a home for them to shelter in. There's not another place but COTS," said Rita Markley with COTS.

Leaders at Spectrum Youth and Family Services say they have had to make some difficult decisions like closing down the drop-in center.

Now, workers are handing out food through the door, so no youth are coming in or out of the facilities, but they're still getting the nourishment they need.

Spectrum's Mark Redmond says keeping homeless youth safe at a time like this, is a challenge.

"Homeless young people need a place to live. We're just taking all the precautions we can in terms of staff staying safe and following, but I mean we're really in a bind," he said.

He says that doesn't take into account youth who might get sick and get stuck on the street if they aren't sick enough to be admitted to the hospital. So, he says this is only a temporary solution.

Area shelters are looking to the community to provide a vacant site to quarantine sick individuals.

As Vt. ramps up testing, access still a challenge for some

Some essentials still hard to stock at grocery stores

As Vt. ramps up testing, access still a challenge for some

Some essentials still hard to stock at grocery stores