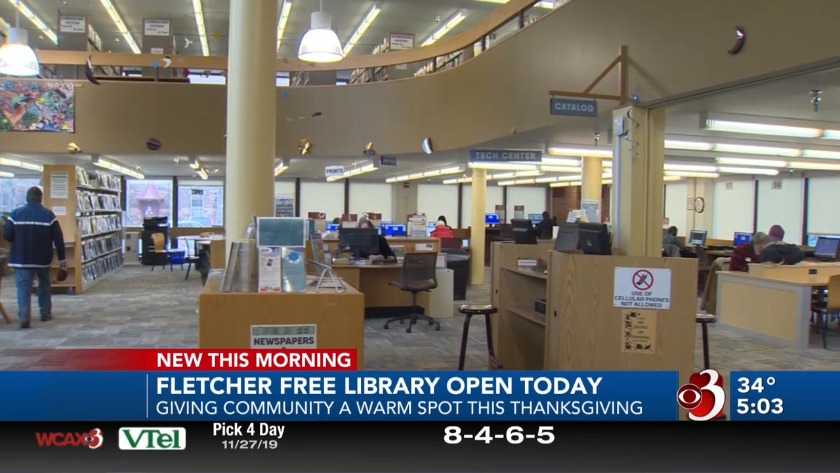 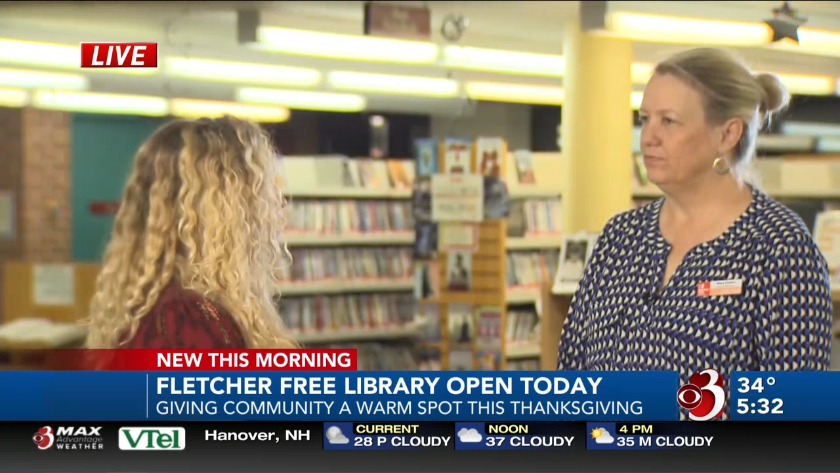 BURLINGTON, Vt. (WCAX) Thursday is a day when many people will go home to spend time with friends and family. But not everyone has loved ones to spend the holiday with.

That's why the Fletcher Free Library is opening its doors on Thanksgiving for the second year.

Librarians and patrons say because most restaurants and stores are closed Thursday, it's important the community has a welcoming safe haven where residents can get out of the rain.

"I'm really happy that there's a public place for people to go, whether they're homeless or vets or people who don't have family to visit. It's great for them to be able to come in, use the support that they have here, either a computer or a newspaper," said Danielle Rochford, from Pathways Vermont.

The Fletcher Free Library Director says they tried it out last year and realized it was a hit, so they decided to do it again this year.

She says the good thing about a public library is that it's free and available to anyone.

"Kind of almost like making it like a living room that you would have in your home, the library is the living room of the community," said Danko.

And Rochford says she appreciates that the library recognizes how important it is to the people they serve.

The Fletcher Free Library will be open between noon and four Friday.

You can help yourself to desserts and coffee and they'll even have football playing in one of the community rooms.