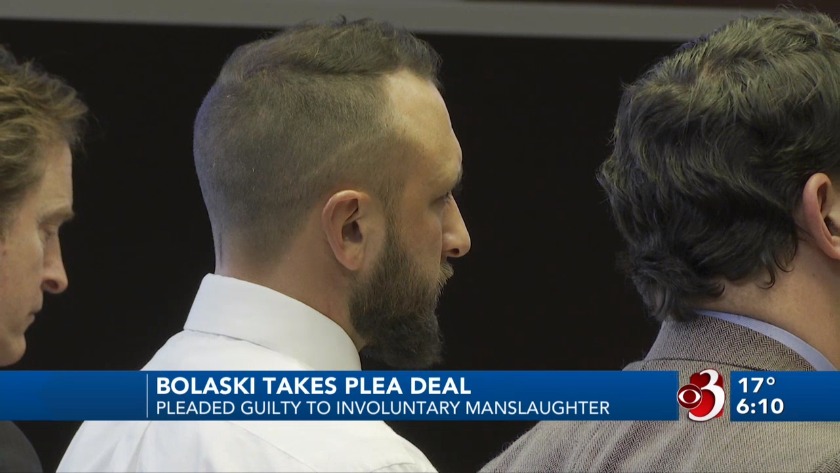 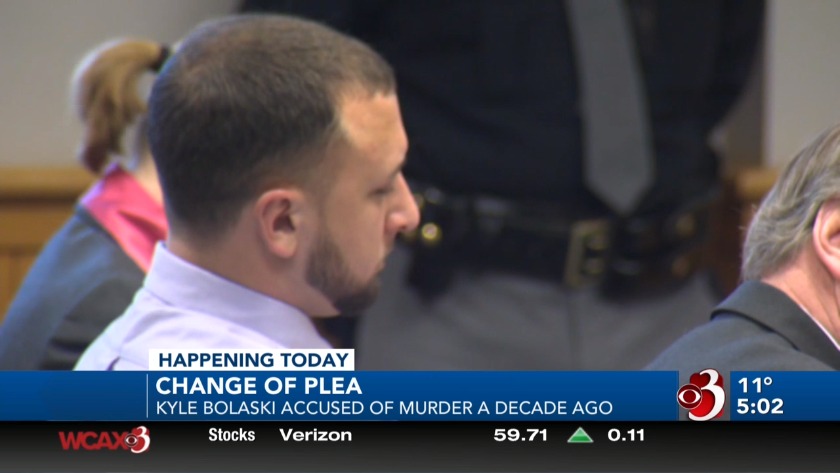 WHITE RIVER JUNCTION, Vt. (WCAX) It has been more than a decade since Vincent Tamburello Jr. was shot and killed. Now, the man who pulled the trigger has pleaded guilty under a deal. Our Dom Amato was in court and spoke with both families about the nearly 12-year-long legal saga.

"I will always fight it, I will never stop," said Vincent Tamburello Sr., the victim's father.

Tamburello Sr. says he's gone to every hearing involving Kyle Bolaski, who admitted his guilt Thursday as part of a plea deal for the murder of Tamburello's son.

"His death was something I never intended," Bolaski said. "I was only trying to disable the threat."

In 2008, police say Bolaski fired two shots at Tamburello Jr. after a planned altercation in Chester. After both sides exchanged words, Tamburello Jr. allegedly went after Bolaski with a splitting maul, that has an ax on one end and a sledgehammer on the other. Bolaski got a rifle from his truck and shot Tamburello Jr. once in the leg and then in the lower back, hitting a major artery and causing him to bleed to death. Bolaski claims it was self-defense.

"I failed to perceive that firing a shot at Vincent's lower body could result in his death. I surely wish that he did not die and that his family still had their son," Bolaski said.

He was sentenced for second-degree murder in 2011, but the Vermont Supreme Court threw out the decision. Bolaski served almost three-and-a-half years in jail and has been out since. He will get credit for time served but faces 7-15 years on a reduced charge of involuntary manslaughter.

Tamburello Jr.'s father believes there should have been a second trial and says justice has not been served.

"This much money, this much time and everything else for this little bit of sentence that he got, which is very unfair," Tamburello Sr. said.

Bolaski's father wishes the victim's family well and hopes both sides can begin the process of moving forward.

"Hopefully they can find peace in their lives, which is the exact same thing I'm looking to do with my family," David Bolaski said.