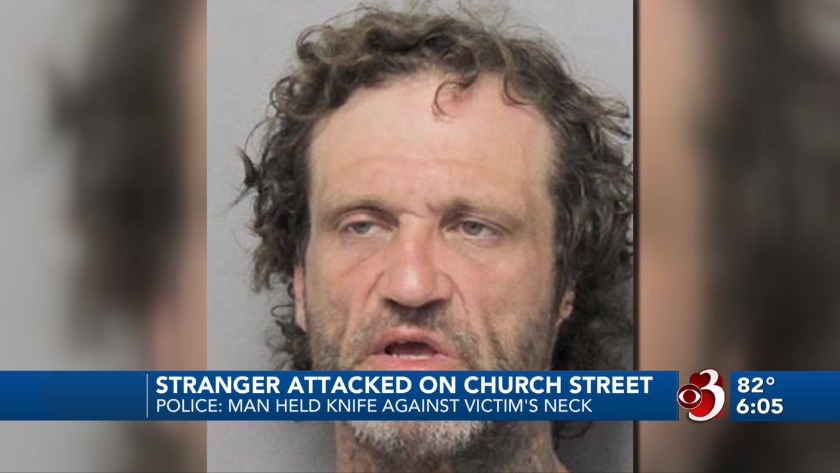 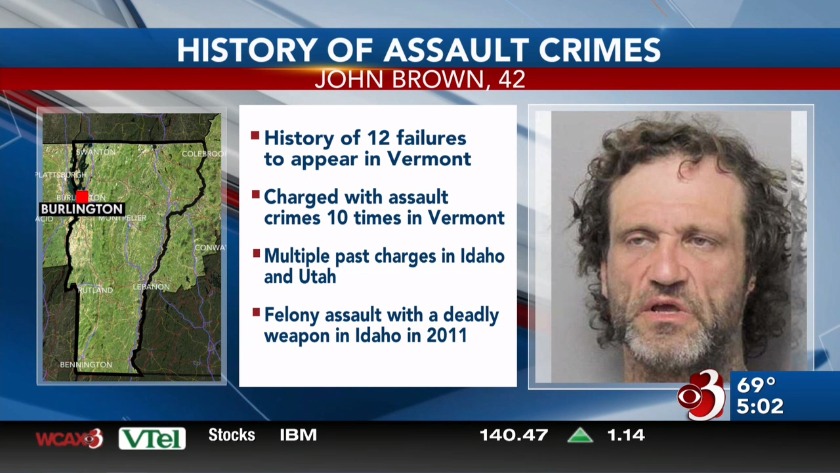 BURLINGTON, Vt. (WCAX) Police say a man with a history of violent assaults was arrested Wednesday after threatening a man at knifepoint on Church Street in Burlington.

Authorities are calling the incident concerning, as the suspect threatened to kill the man and take everything he had.

Our Dom Amato spoke with Burlington's mayor and police about the incident and why they say Church Street is still a safe place.

The alleged assault and robbery happened on a bench in front of the Sox Market. Police say the incident happened over six minutes, leaving the victim terrified.

"This is not usual conduct for our city and when it happens, we take it incredibly seriously," Burlington Deputy Police Chief Jon Murad said.

Burlington Police were called to Church Street just after midnight on Wednesday. They say a 38-year-old man reported the assault and robbery, saying a stranger pinned him against the bench and held a knife to his throat. The victim handed over $23.

Police say the man with the knife was John Brown, 42, of Winooski.

Police say Brown has been charged with assault in Vermont at least 10 times before. He also has multiple past charges in Idaho and Utah, including felony assault with a deadly weapon in Idaho in 2011.

Police found Brown in Burlington within hours of the Church Street attack on Wednesday. They say he was on South Winooski Avenue and was still carrying the knife. They say he took two steps toward an officer with the weapon.

"There were moments that were-- I'm certain-- of a great deal of concern for the officer," Murad said.

Brown dropped the knife and was arrested. He's charged with assault and robbery.

Mayor Miro Weinberger, D-Burlington, commends officers for their quick work identifying Brown and says Church Street is still a safe place for everyone.

"Clearly one of the reasons that we are such a safe city is because we have a police department that day in and day out can consistently execute challenging missions like this and get them done and get them done well," Weinberger said.

Brown is being held without bail until his next court appearance which is scheduled for later this month.