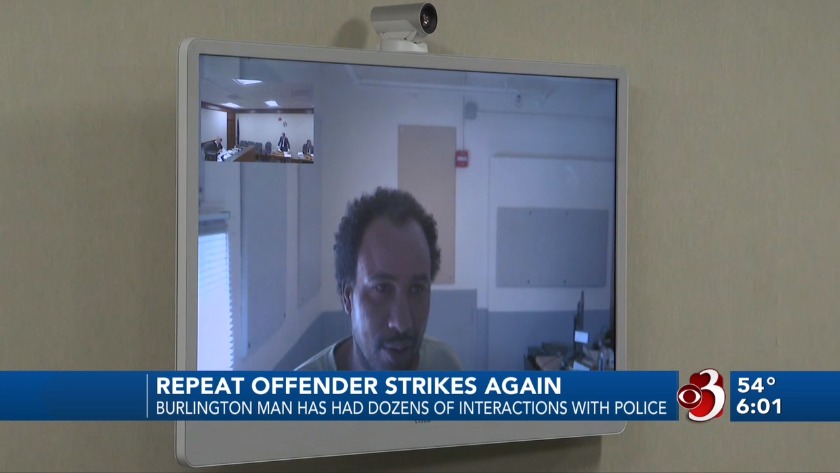 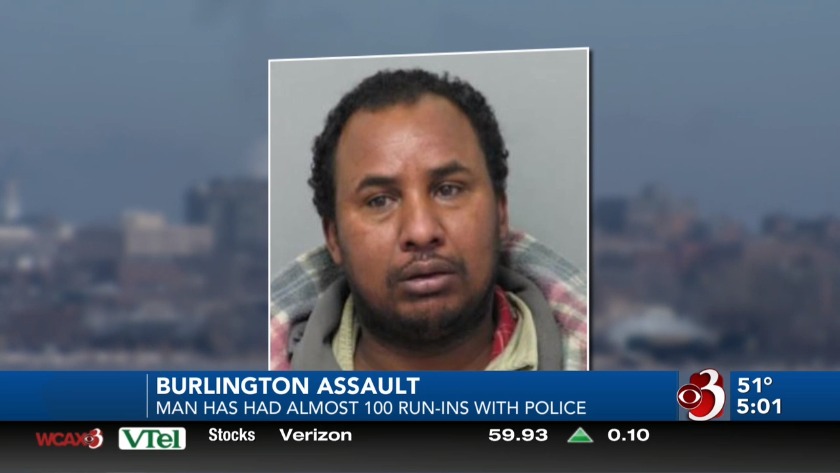 BURLINGTON, Vt. (WCAX) A Burlington man with a long rap sheet was in and out of court again Monday after police say he groped and kissed a woman Sunday.

During a video arraignment, 37-year-old Abdikadir Aden pleaded not guilty to one charge of disorderly conduct. Police say Aden randomly went up to a woman near the Shopping Bag corner store and forced himself on her, kissing her and caressing her face. The woman fought back and got away to call police.

"Our officers actually recognized him from the description," said Burlington Police Chief Brandon del Pozo. He says his officers have had nearly 100 interactions with Aden. He has been charged with four felonies and 15 misdemeanors. The charges include assaults and sex crimes.

"Mr. Aden is a person who has a long history with police. A lot of this centers around mental illness," del Pozo said.

People in this neighborhood say they are familiar with Aden too. He's known for making a scene and he's been banned from The Shopping Bag.

Despite his frequent arrests, Aden was released without bail on the one condition that he doesn't talk to the victim.

"Certainly we will be dealing with this man again. I don't think it was a life changing moment for him," del Pozo said.

Women we spoke to didn't recognize Aden but say they're not surprised and that they take precautions.

"I feel safe during the day, but definitely a lot of drug activity -- a lot of catcalling," said Annie Mehigan of Burlington.

"A lot of yelling at night. You can hear people yelling and screaming and you're not really sure what's going on. Sometimes it can be kind of sketchy," said Casey Hallberg of Burlington.

Chief del Pozo wouldn't comment on the judge's decision to not hold Aden, but he says more needs to be done when it comes to mental health help. "think this problem requires tremendous resources and we need to make a commitment to those resources," he said.

He says his officers are skilled in de-escalation and know how to handle people in mental a health crisis. "But nonetheless there needs to be a back end where meaningful solutions are in place. Sometimes they are but sometimes they are not. This is one of those cases," he said. "State government needs to take a closer look and collaborate."

The state's attorney on the case said they don't know anything about Aden's mental health condition. Aden is back in court later this week.