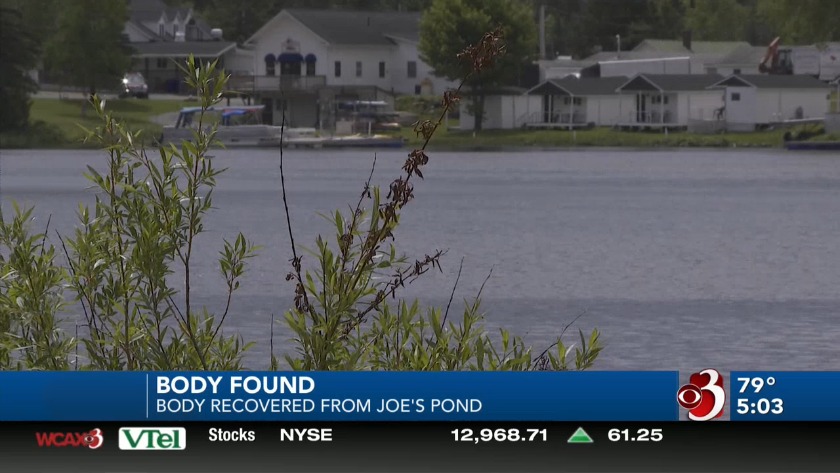 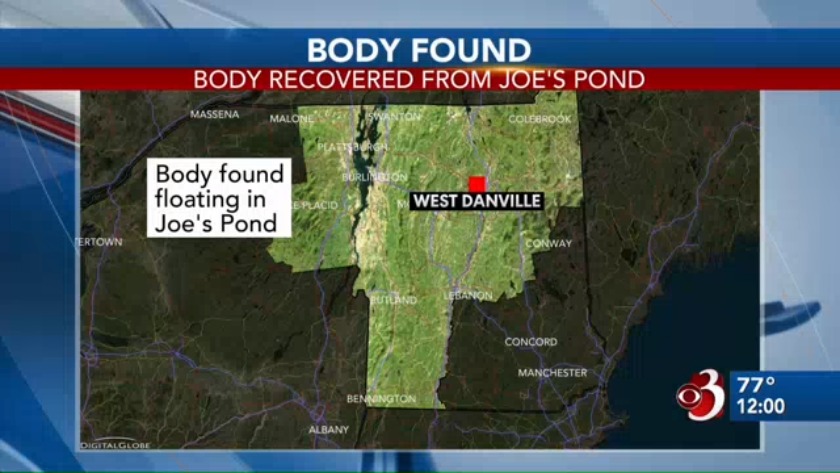 DANVILLE, Vt. (WCAX) The Vermont State Police say they recovered a body from Joe's Pond in West Danville, but they say the incident is not considered suspicious.

Police say the body John Allen, 63, of St. Johnsbury, was found floating in the pond just before 6 a.m. Wednesday.

Neighbors we spoke with had not heard much about the incident but say the water conditions are still dangerous.

"The water is still cold. We had a very late spring, a lot of rain, a lot of cold, and of course, this is brook-fed, you got a pretty darn cold body of water here," said Larry Byrd, who lives on Joe's Pond.

Police have not said how Allen died or what he was doing on the pond.

If you have any information, police want to hear from you.